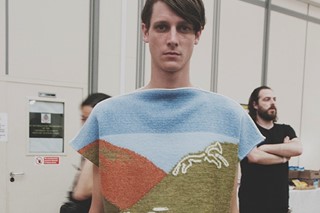 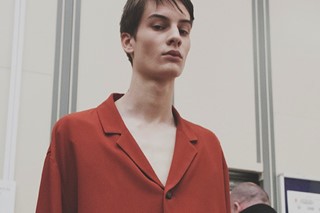 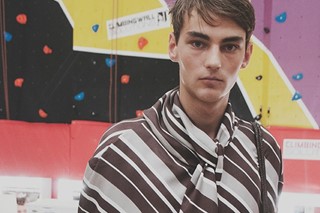 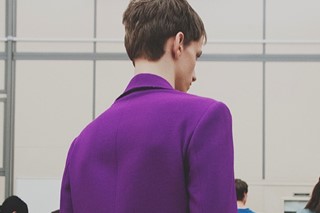 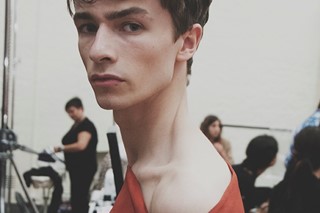 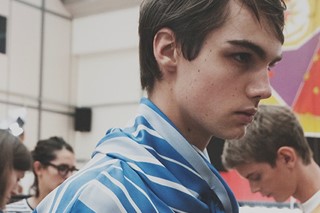 This season was about throwing things off balance – garments were cut at the bias revealing exposed shoulders (an area of a mans body too often ignored in menswear, but for Anderson this is his canvas for 'seductive' exploration). Traditional men’s ties and pinstriped suits were deconstructed and then re-worked into loose silhouettes that could fall off the body at any minute.

Much like his last menswear collection, this was about elevating the banal and the everyday – something he termed this season as 'hyper-normal'. It was also a showcase of his ability to cut away at the proportions of a man’s body – box-like jackets had the backs cut out, and knitted jumpers were shrunk to the extreme (“they were boiled and boiled and boiled” he laughed backstage) so they revealed the models midriffs. Anderson's proposition for a radical new approach to menswear is picking up speed, and with his debut as Loewe’s new creative director just around the corner, all eyes will be eagerly trained in his direction.

Last season also saw Anderson put the focus on the shoulders – AW14 encapsulated by call-centre power-dressing with subtle hints of S&M. See it below: 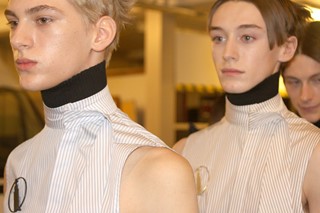 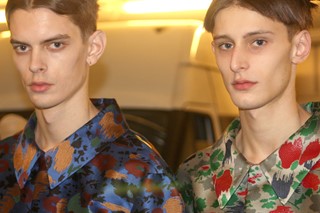 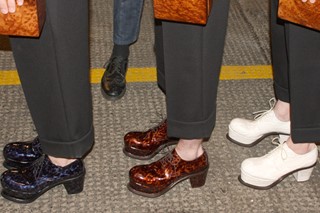 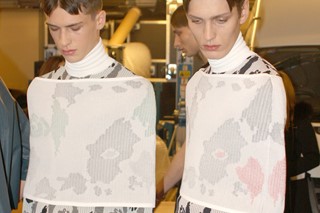 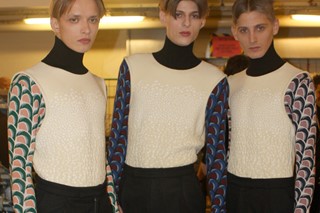