20February 2009
TextAnna Battista
Styling Is Where Your Heart Takes You: Brett Bailey12 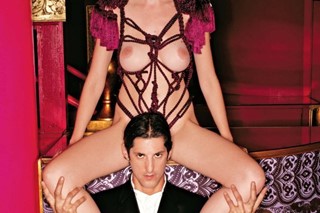 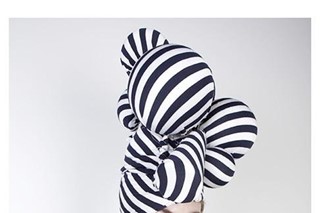 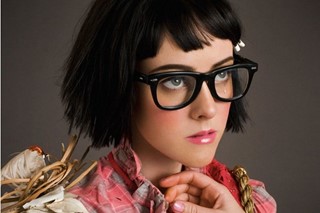 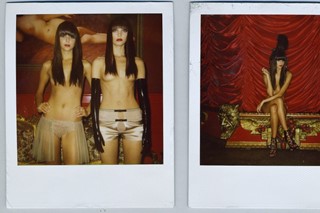 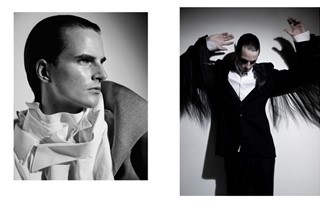 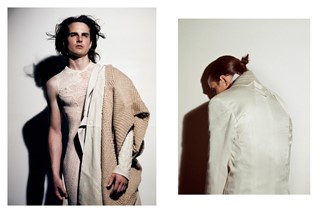 Creativity, spontaneity, a touch of surrealism and a great passion for fashion characterise the work of American stylist and fashion designer Brett Bailey. His career kicked off in a rather unusual way when, working as a professional dancer, he took part in a photo shoot for Vogue by Herb Ritz. Since then his ambitious and versatile styling and designs such as sensual rope suits and denims have been featured on the most disparate magazines, Playboy included. According to Brett a stylist is a sort of coordinator with the special power of reinventing brands and designers while also focusing on challenging the most conventional visions of fashion.

Dazed Digital: When did you decide fashion was going to become your career?Brett Bailey: At 14 years old I was already working as a professional dancer and was offered the opportunity to dance with Britney Spears for a photo shoot. The shoot turned out to be for Vogue and the photographer was Herb Ritz. I recall being absolutely blown away by the Chanel dresses, lavish sets and theatrical lighting. That day was when I decided to make a career in fashion.

DD: What does styling mean to you?BB: Styling is an extension of design, it’s combining elements from other artist’s visions and turning them into something that is uniquely your own. At its best, styling allows us to influence culture and tap into the visual language of different movements. However, the magazine world is rife with politics and there is often compromise to be made. Great styling within the guidelines of advertisers, editors and art directors is a challenge that often separates the really creative stylists from those that just know which brands are cool at the moment. I’ve been working as a stylist for around three years, so I am essentially an infant to the industry, but I would like to think I bring a fresh perspective into it.
DD: Are there any differences between styling for a magazine and for a designer?BB: There are definite differences between working as a stylist for a magazine or for a designer, although the end goal tends to be the same. Magazines need to sell issues and designers need to sell clothes. Although it’s depressing to think that the bottom line is just sales, that is the reality. Magazines vary greatly in the amount of control they allow stylists to have. Some of them are interested in pushing the boundaries and want the stylist to bring their wildest concepts. Others are much more conservative and really just want an updated remix of the issue before. It can be frustrating and difficult but I always try to put my creative sensibility into everything. It’s part of the job to try and communicate your vision in a way that makes even the most uptight magazine feel like taking a risk. Designers are generally very specific about what they want and it’s a matter of taking their ideas and adding little twists that make them even better.
DD: What’s the first thing you do when you arrange a fashion shoot and what’s the secret for the perfect fashion shoot? BB: I am not sure there has ever been a “perfect” fashion shoot, if there was, then the rest of us would just stop trying! However, the difference between a great stylist and a good one is in the details and the execution. All my fashion shoots start out with an inspiration. It can be something as simple as a colour or as complicated as an important historical event, it can be based on a dream, a lover, punk kids on the street or the cookie I ate that morning. I generally research the inspiration and begin to build a concept that can be translated into clothes. From there, the clothes become a story.
DD: Are you working as a freelance designer at the moment or are you working for any labels/designers and do you prefer being a stylist or a fashion designer?BB: I am currently finishing up a small collection for Autumn 2009. It has been a very intense experience and I’ve learned quite a bit about myself as well as the practical aspects of design along the way. My inspiration for Autumn 09 was a mixture of the dark aesthetic of Tim Burton’s films and the naïve, stylized glamour of Klaus Nomi’s costumes. I wanted all the pieces to reflect a spoiled innocence with whimsical and surreal touches. The collection is small, cohesive and I am very proud of it. I love both, working as a designer and a stylist.

DD: Can you tell us more about your collaboration with artist Mattia Biagi?BB: Mattia is an Italian sculptor that works primarily with tar. His amazing artwork is collected by the likes of Elton John and Steven Klein. We are collaborating on a project that will merge fashion and art. The project is still in the works so I can’t reveal all the details but I can tell you that fashion is going to be stretched to new heights.

DD: What do you expect from New York Fashion Week (NYFW)?  BB: I am always looking for bold innovation. With the current economic crisis, it will be particularly interesting to see how or if that is translated into the collections. When I look at pieces with styling in mind, I pay particular attention to exciting colours, shapes and texture. I love outrageous design. I will also be looking for pieces I can layer or change in unorthodox ways. I think that being a stylist should be more than putting one designer, head to toe, copying the exact look of the runway, on a model. A great stylist should be able to use pieces in unexpected ways to create something inspiring. This season I am the most excited about Marc Jacobs, Rodarte and Jason Woo. Marc is always interesting and I’ve been a Rodarte fan from the beginning. I was also inspired by Michelle Obama’s choice of young designers and am looking forward to seeing what they bring to the runway.

DD: How do you think the financial crisis will affect NYFW and the American fashion industry in the next few months?BB: It’s obvious the recession has already affected the fashion industry and will continue to do so.  With sales down, many young designers, at least those without substantial backing, may not survive the market. Stores and showrooms are hesitant to take on new brands, which is a shame since it’s usually the upcoming designers that bring innovation. Runway shows and other promotional events are cutting costs, some brands are reducing the number of pieces they produce, etc. From a design perspective, I am curious to see whether fashion visually acknowledges the financial crisis or goes in completely the opposite direction by presenting fantasy and luxury.

DD: Is there a designer you’d like to work with one day? BB: Viktor & Rolf: I find their ability to create a whimsical story through their use of fabrics and construction very inspiring. When you’re watching a V&R show, you feel as though you’ve entered another dimension. That is exactly what fashion needs at the moment, an escape from reality.

DD: What are your plans for 2009?BB: 2009 should be an interesting ride: I’ll be travelling to Amsterdam, Paris and London in the next few months but, aside from that, I just want to go wherever styling and design takes me.