Speaking to the new faces of cult model agency Tomorrow Is Another Day, shot by Ben Toms in an exclusive portrait series for his Dazed Instagram #tuesdaytakeover

Last week, photographer Ben Toms took over our Instagram with a specially commissioned series of portraits featuring ten English boys from the Cologne-based modelling agency Tomorrow Is Another Day, founded and run by Eva Gödel. Scouted from the streets of London, the ten TIAD new faces plucked from obscurity possess the agency’s house aesthetic of lean, teen physiques and off-kilter faces– a look Gödel pioneered in the 2000s, casting models for designers such as Hedi Slimane and Raf Simons.

Here Ben Toms presents an extended series of his Instagram #tuesdaytakeover, as he collages portraits and uncompromising close ups with a distinctive DIY VHS video finish and photographs of cars. Plus we caught up with the stars of his shoot, and pinned them for such existential questions as “how short are your shorts this summer?” 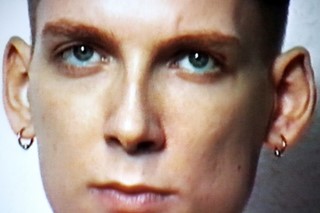 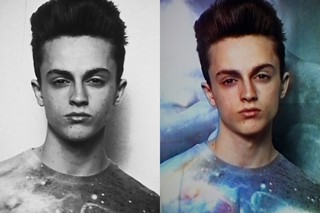 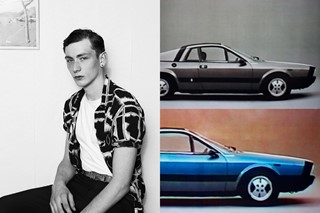 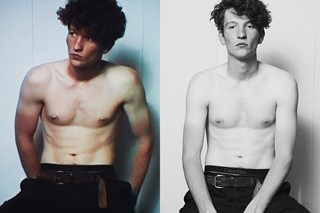 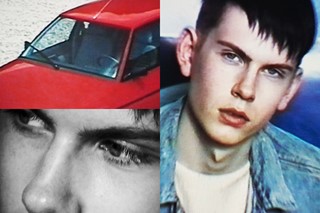 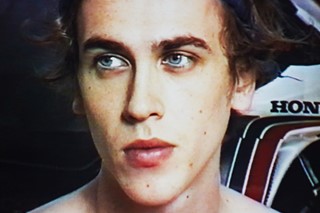 Tell us the story of how you were discovered for Tomorrow Is Another Day.
I was drinking a below-average can of beer outside Earls Court awaiting for the Arctic Monkeys. A wide-eyed small German woman approached me proposing that I should cast for her modelling agency. Leaving my friends feeling disheartened, Eva took a few quick pictures and gave me a business card with instructions about where to go the following day. Underestimating the magnitude of what was to come, I thought little of it and carried on with the night.

How short are your shorts this summer?
As short as possible without looking like a 1980s footballer.

Weirdest direction you’ve ever had from a photographer?
On a Dazed shoot last year I was told to bite a dangling necklace like a shark getting air.

Favourite place to hide in London?
My bed or possibly a bed of someone I fancy.

What was the last thing you stole?
Stranger's beer at the last party.

Who was the last person to make you blush?
My mum.

Tell us the story of how you were discovered by Tomorrow Is Another Day.
I was barging my way through a busy Tottenham Court Road station to find sanity at the quiet end. Eva was keeping up and walking right beside me. She asked if I’d ever thought of modelling. I turned up the following day and was signed the next. It’s been awesome ever since.

What do you think when you walk the runway?
Why isn't King Krule playing?

What song would you want played at your funeral?
If I could I’d have music through out. Maybe a party. It would go something like this: Tyler the Creator and Earl Sweatshirt “Couch” would be playing as people entered the church, Pinback would riff and dictate the hymns, a bit of Franky Ocean would echo whilst prayers were being read, and then the finale…Jeff Buckley “So Real” followed by Pink Floyd “The Great Gig In The Sky”.

Weirdest direction you’ve ever had from a photographer?
When I was told to wear some mirrored contact lenses (I've never worn them before so they hurt like a bitch), and then pretend to be this crazy hacker trying to bring down the government from my bedroom.

What was the last thing you stole?
This is going to make me sound like a horrible person, but oh well. They don't know it, but I stole someone's boyfriend last year. In my defence, it wasn't intentional!

Who was the last person to make you blush?
On a night out, I got talking to this random girl who said I was hot. I don't know whether I blushed because of the compliment or because I was just really drunk

Tell us the story of how you were discovered by Tomorrow Is Another Day.
Walking down to Columbia road flower market. Huge grey coat. Wet hair.

What was the last thing you stole?
A heart. Or it was a zip.

Which hidden talent do you wish you had?
The power of [comic book superheroine] Jean Grey, Phoenix Jean Grey!

How short are your shorts this summer?
As short as I can get away with, and probably shorter still at the beach.

What do you think when you walk the runway?
The recurring thought, "Just try not to look like Rodney", from Only Fools and Horses.

What song would you want played at your funeral?
I always thought it would be something quite standard (like “Memories” from Cats or something), but if I were to die right now it'd have to be “Let Me Down” by La Roux because the last thing I would want was a song from a musical to be stuck in my head for eternity.

Tell us the story of how you were discovered by Tomorrow Is Another Day.

I was outside of Earls Court waiting for my sister to come meet me to get into the Arctic Monkeys concert, and then Eva came up to me and asked me to come along to a casting.

Which real person would play you in a movie?
Alex Turner.

What’s your anti-motto?
I don't really have one, probably go hard or go home.

What keeps you awake at night?
My delightful flatmates dancing around the kitchen to Sam Cooke and Ella Fitzgerald records.

What did it say about you in your school report?
Easily distracted.

What song would you want played at your funeral?
“Wake Me Up Before You Go-Go” by Wham.

Tell us the story of how you were discovered by Tomorrow Is Another Day.
I was casually walking down the street in the West End on the way to my boys and this women was looking in my face. I was kinda like wtf at first but kept walking. Then I got a tap on the shoulder, the woman that was preeing (staring at) my face happened to be Eva Gödel. We were talking about her agency and her contacts then she asked me to take off my hat. I was thinking, ‘shit my hair’s all messy and I don’t have my comb’, but she approved, lol.

Weirdest direction you’ve ever had from a photographer?
When I had to do a jump shot but he wanted me to look like I was running. It was the corniest picture I've seen.

What song would you have played at your funeral?
I'd have James Brown sex machine played so people know I'm still droppin’ comedy in the grave. Plus it might cheer them up, haha.

Tell us the story of how you were discovered for Tomorrow Is Another Day.
I was discovered on my way to see the Arctic Monkeys in Earls Court. It was a brilliant night all together...especially as my friend and I didn't have tickets!

What did it say about you in your school report?
Clever but didn't try hard enough.