Simon Porte, the darling of the Paris fashion set, tells us about his French cinema-inspired new book

In less than four years, Simon Porte has managed to become one of Paris’s most exciting up-and-coming designers. His brand – called Jacquemus after his mother’s maiden name – is the darling of the city’s fashion set, who love it as much for its graphic, colourful designs as for his imaginative shows (which take place in swimming pools and car parks), his association with Paris’s newest it-girls and his clever use of social media. “Fashion has such an ephemeral quality; I want my work to go beyond that” says the ambitious French designer, who has just published a photography book sold online and at Dover Street Market in Tokyo. Trailed by a short film, the volume tells the story of a young girl on holiday in La Grande Motte, a summer town near Montpellier built mostly in the 60s by architect Jean Balladur – through family pictures and images of ice creams and tennis medals. Porte talked us through the project. 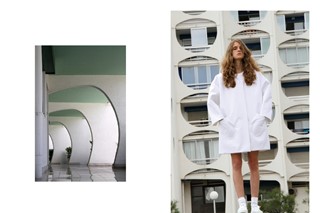 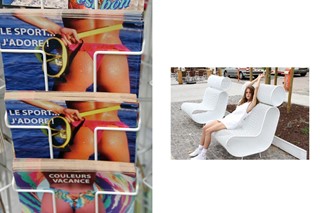 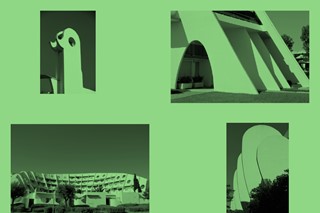 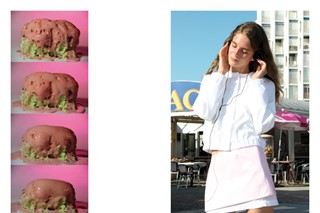 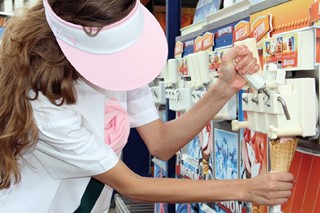 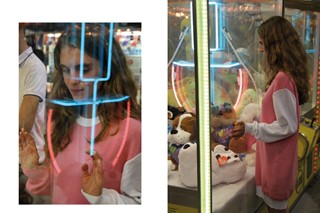 Where did the idea for the book and the film come from?

Simon Porte: It all started with my SS14 collection. All my designs stem from a story – I tend to place everything I do within a narrative context – and this summer’s collection was inspired by the idea of a girl, probably the daughter of a rather bourgeois family, vacationing and falling in love in a resort town in the south of France. The story slowly took a life of its own, so I decided to turn it into a film and a book.

Why did you choose La Grande Motte?

Simon Porte: To me it’s such a fascinating town. For centuries it was a tiny fishing village, and suddenly during the 60s it developed into this mammoth summer resort filled with huge apartment buildings for rent. They were all designed by a prominent French architect, Jean Balladur, and they have such a space-age feel to them. The project was very criticised at the time for promoting mass tourism and today it feels kind of dated, but I love it precisely for that.

The photographs have such a particular aesthetic. What was the inspiration behind them?

Simon Porte: 1980s French cinema! Films like La Boum and L’Hôtel de la Plage. They are such fun, carefree, light movies. I really wanted to have an 80s vibe in the project, which is why my heroine looks a bit like the girls in Eric Rohmer’s pictures and why the ice-creams are photographed in a kind of retro way. For the film’s soundtrack, I also used 1980s French songs.

“I’m obsessed by French culture. I like to explore the French identity in a new, cliché-less way through my designs”

How does your French background influence your work?

Simon Porte: It essentially defines it. I’m obsessed by French culture: I grew up listening to French music, watching French films, looking up to French women – which explains why my muses today are girls like Jeanne Damas or DJ Clara 3000 – and admiring French fashion, especially Courrèges and Cardin. All of that shows in my work. I like to explore the French identity in a new, cliché-less way through my designs.

Who is the girl in the pictures?

Simon Porte: Her name is Dolores, she’s a 17-year-old model. I was actually having trouble finding a girl for the project when a friend introduced her by chance. She was perfect! Pretty, fresh, a little naïve, a little bit like Amanda Langlet in Rohmer’s Pauline à la Plage. I even loved the fact that she was called Dolores! Such an 80s name. We quickly became friends during the shooting.