DJs, graffiti artists and photographers share their style memories of the Bristol underground 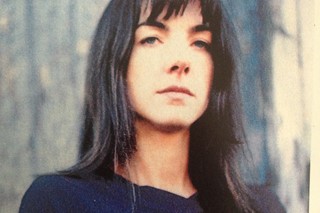 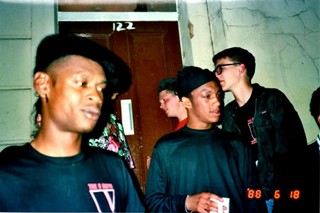 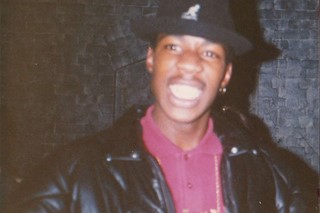 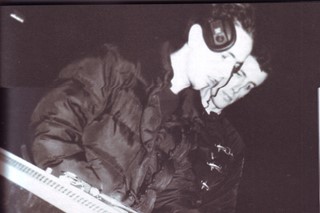 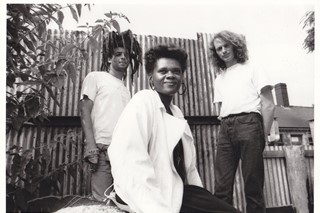 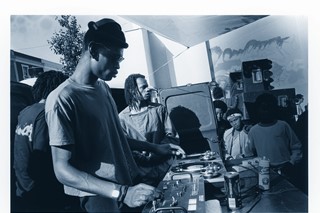 Bristol Bass Oddity is the third documentary in our #MusicNation series. Directed by James Jessett, it premieres tonight at 12.05am on Channel 4. To mark the occasion, we’re celebrating the underground Bristol Bass scene – from the New York hip-hop derived style, to playlists from the doc itself.

In the gallery above, DJs, graffiti artists and record shop owners share their memories of a time when the southwest suddenly became the centre of bass culture. Images by Bristol-born photographer Beezer document the hazy early days of St Paul's Carnivals and break dancing on street corners, capturing faces such as Daddy G who would come to define the genre. Many of Beezer's photographs feature in the Bristol Bass Oddity documentary.

Eve Dawoud, writer and assistant editor of What We Wore, charts the development of a scene shaped by Wild Style and Bristol's own reggae-seeped history:

"When Charlie Ahearn’s film Wild Style dropped in 1983, the fashion of New York’s B-boys and Fly Girls crossed shores in all directions. Overnight, sheepskin jackets, Kangol Bermuda hats and Adidas sportswear became lust after items. Even in a tiny corner of southwest England, a hip-hop culture was thriving. From the early 80s, Bristol became the centre of the underground scene, with graffiti writers, break dancers and hip hop sound systems.

As the decade continued there was a collision of styles on dance floors across the city, as diverse as the records the DJs were spinning. Accounts from the Dug Out, the home of the Bristol sound system the Wild Bunch’s residency, note there was no dress code. The mixed crowd could be dressed in sportswear and biker jackets or trilby hats and smart suits. This bricolage of sound and style fostered the sonic experimentalism that went onto create the Bristol Bass sound of the 90s.

By the early 90s, the look was more understated than the hip-hop influenced fashion of before. Instead, muted colours – navy, black, khaki and white – MA-1’s and combat trousers brought a utility vibe. Baggy jeans were worn with trainers or combat boots. Boys and girls wore baseball and denim jackets layered over oversized tees or simple sweatshirts. Jewellery was minimal – medium sized silver hoop earrings at the most. It was a unisex look, though the girl’s might substitute a tee for a crop top on a night out, and patterned angora cardigans were popular for a minute.

If anything sums up the Bristol attitude, it’s quietly, self confidently…not giving a fuck. It has nothing to prove, and it’s style and sound reflect that."

As a founding member of the legendary Bristol soundsystem collective, Wild Bunch, Milo Johnson witnessed the early creation of Bristol bass – a thriving West Indian sound influenced by the music of surrounding communities. By the 1990s, this grew into the Bristol bass that spawned Massive Attack and Portishead. Having left the city in 1989, Johnson remembers the scene's early catalysts, and the style that defined it:

How important was Bristol itself as a city to the creation of the scene?

Milo Johnson: I can’t pin point what made Bristol different from anywhere else, because you really don’t see that when you are on the inside – and I’m talking about the personality of the Bristol community more than anything. I do think there is something special about what we do and we do have a certain character to what comes out of our town. It’s easy to say it’s bass orientated, but I think it’s a bit more profound than that. The godfather of our scene in my eyes was Mark Stewart who was basically coming form the punk scene. He put the wheels in motion for people like myself and my crew the Wild Bunch, which in turn influenced another generation of kids behind us.

How would you describe the style of this time?

Milo Johnson: I would say it was grungier in the early 80s, fused loosely with American hip hop. Early 90s I can’t speak on because I’d left the UK then! I guess it’s quite ‘dark’, not sure why. I like to think it’s more to the point.

Most of the labels were independent. I knew E were on fourth, and B’way at one time, but I wouldn’t say it defined the scene. I think it was just quite fragmented with little labels here and there.

"Bristol has that reputation of producing something interesting"

What place does that early 80s scene have in your work now?

Milo Johnson: I think my upbringing was the largest influence on what I do today. Growing up with West Indian parentage but going to middle class catholic and grammar schools which were predominantly white at the time gave me a different range of musical influences from the friends I met in the different communities. I think the Reggae scene in Bristol had a very big influence. Because it’s primarily bass heavy music, which can only come from the West Indian influence in the community.

What legacy do you think Bristol has had on music?

Milo Johnson: A big influence as far as I am concerned – it kept England ticking over creatively for a period of time. And I don’t think it’s finished yet by any means. A lot of people have come to Bristol from other parts of England because it has that reputation of producing something interesting.

In the gallery, we feature images and stories from Nina Manandhar’s upcoming book ‘What We Wore’, a ‘People’s Style History’ of British Youth Style, to be published by Prestel in October 2014.

To submit your own photos to What We Wore, email submit@what-we-wore.com