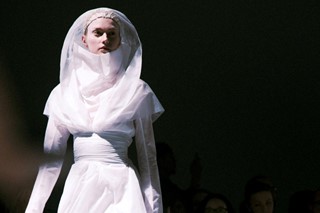 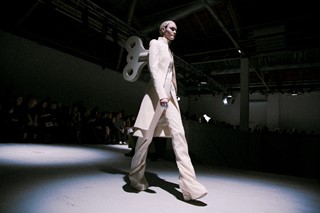 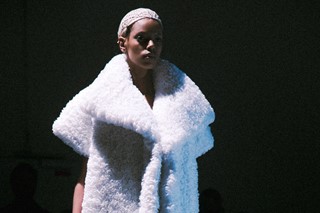 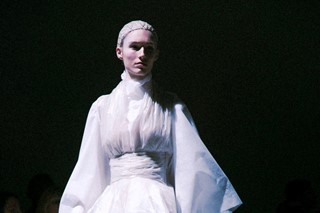 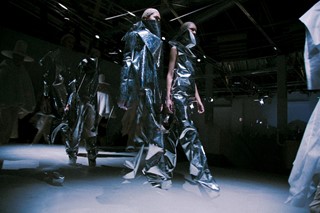 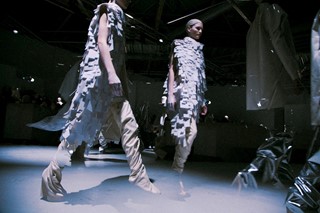 An exercise in perversion, under a clinical and seemingly innocent white blanket. This is the Pugh we know and love.

Intentional or not, the audience were left to wait in silence, only for it to broken with the sound of white noise and bright lights. It felt as though we were all under observation.

Plastic sheets were wrapped around the body – much like those found in a hospital wards – but used in an almost Japanese-like approach to forming silhouettes through binding. Industrial sheer PVC sheets pressed up on the body to reveal nude flesh, whilst others formed layers over cream gloss tops.

Sharp metallic leathers – crafted into Pugh’s classic asymmetric shapes – were set against voluminous sheepskin dresses, whilst two looks in particular took things to surreal extremes with the addition of an almost mechanical 3D sculpture. This was Pugh’s perverse take on a wind-up doll and a throwback to one of his 2004 collections.

The model’s hands were dipped in white chalk and each one wore cream woven hairnets.