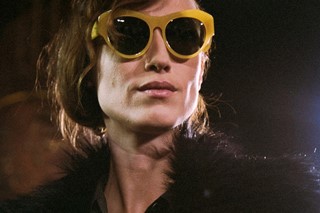 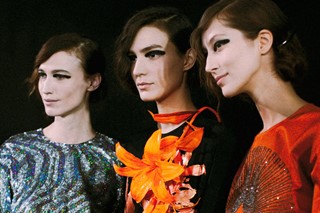 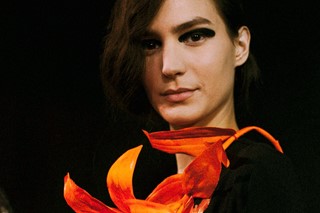 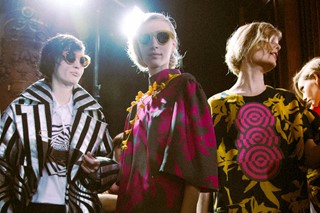 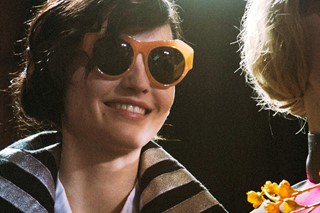 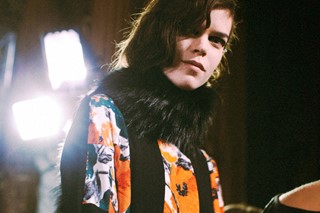 The spotlight is on Van Noten at the moment, what with his forthcoming retrospective at Paris Musée des Arts Décoratifs. Rather than looking back, this collection felt like new experimental territory. Playing with floral codes, we saw 2D print morph before our eyes into intricate 3D floral sculptural pieces that wound around the body.

In ornate, stark contrast to the industrial sets of seasons past: inside the Hôtel de Ville – an administrative building steeped in Parisian history that now houses the Mayor of Paris – we marveled at the lavish 19th century decoration and interior. (Though finished in 1628, the building was reconstructed from the inside following a devastating fire during the Franco-Prussian war in the 1800s.)

Belgian musicians, including jazz singer Melanie De Biasio and the young band School is Cool. It sounded like a youth that you can’t quite understand.

Acid trip in the tropics:

After menswear’s cult acid rave, what did you expect? Mesmerising op art patterns of spiraling lines that swirled over coats and grew over the body. Searingly bright exotic florals, and shimmering rave-ready glitter pieces. And those 3D lilies sprouting from shoulders that had us wondering whether we were actually hallucinating.

“It was important that the clothes come alive. It’s going from 2D to 3D: the graphical lines, which are really quite cold and strict, and I clashed that with hand painted flowers. So all those shiny silver flowers are in fact completely hand painted directly onto the fabric. This is a beautiful location, the fourth time we have shown here. It’s so elegant and chic, and it’s so much ‘Paris.’ It’s perfect.” – Dries Van Noten