Beneath a cloud canopy came the long intake of breath since Vuitton; a soft and charmingly mystery show 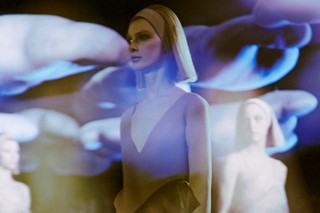 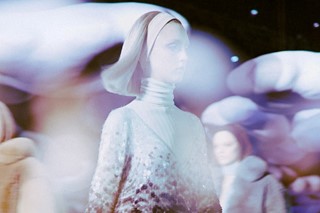 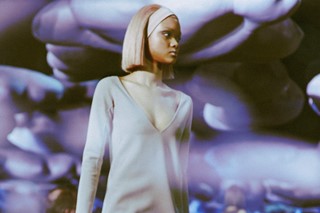 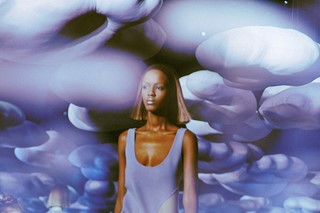 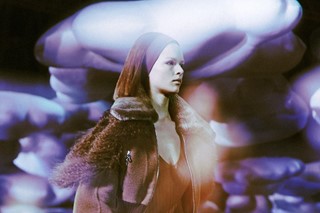 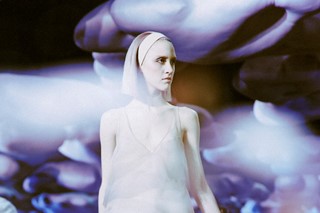 Like the clouds hanging from the ceiling and the soft, whispery talking-music on the soundtrack, the clothes in the collection were soft. A dusty pastel palette for autumn is unconventional, but double-faced, finely woven cashmeres and dresses with slim knit leggings underneath gave all the nod to the temperature we needed. The final looks had gauzy tiers like ghostly clouds, and full-beaded looks shimmered as if they were decorated with tiny hail stones. Mysteriously, the show notes on each seat were essentially blank: all they had was the name of the model and the number of the look, no descriptions. Perhaps this is Marc retaining some mystery for his new phase. This show was quieter than those of his past, but in a way, felt more focused and pure. The lyrics of the show music said "Happy days are here again," perhaps a reference to the bliss of designing only one collection, and the artistic ecstasy of extra time to think.

An expanse of tiny altocumulus clouds dangling from the ceiling at the Armory. In this democratic show, everyone was front row, seated on a short pale-acqua foam pillar. This meant the runway was one of the longest anyone had seen, but they were too charmed to care: Marc put a Calla Lily on each seat, as if he was asking all of us to be his valentine. We said yes.

An eerie song comprised of Jessica Lange reading the lyrics to "Happy Days Are Here Again" over hallow, echoey swells. Backstage, Marc said: "We have her doing 'Somewhere Over the Rainbow,' too."

Severe bob wigs in frosty matte colors: from frosty umber to mouse gray and faint blush, the harsh angles on the wigs were the only lines in the room that weren't rounded and soft. A thick headband kept them in place: a nod to the 60s aesthetic that was clear in the silhouettes of the clothing.

The repetition of the lyrics were almost brainwashing, especially on a day when the city was dumped with snow, sleet and rain:

The skies above are clear again,

Let us sing the song of cheer again,