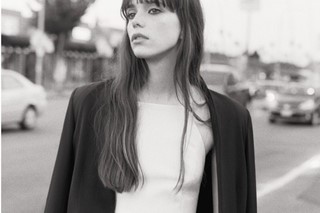 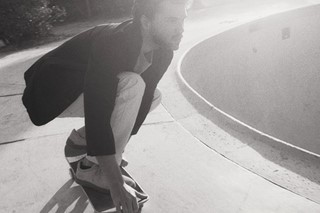 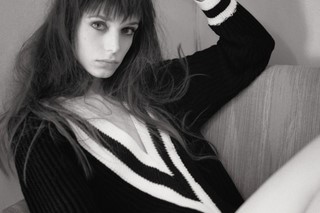 All dressed up with nowhere to go: Stacy Martin – star of Lars von Trier’s Nymphomaniac – gazes lustfully into the distance of downtown LA, in the new rag & bone SS14 campaign shot by Glen Luchford on 35mm black and white film. Shots taken inside LA’s faded motels capture moments of reality a world away from the dreams of Sunset Boulevard; while Lone Survivor actor Emile Hirsch, in rag & bone menswear, skates the sun-bleached bowl of an empty backyard swimming pool. So surreal is the campaign in its dreamy minimalism – reflecting rag & bone’s crisp lines and soft SS14 colours – that Martin believed characters from a David Lynch film would walk onto the set at any moment.

Martin reveals this as the rag & bone campaign's appeal; its premise to “capture moments, rather than a perfect picture”, a concept not miles away from the gritty realism of Nymphomaniac, her acting debut in which she plays the younger Charlotte Gainsbourg recounting the adventures of a life led by sex addiction. Martin goes head to head with co-star Sophie Kennedy Clark in the February issue of Dazed.

David Neville, one half of rag & bone, explains that the casting of Martin and Hirsch came about because of their interest as characters: “both are fearless when it comes to their craft”, he says.

In a Dazed exclusive, we preview shots of Martin and Hirsch in the rag & bone SS14 campaign, with a film also by Luchford following shortly. Both campaigns have been creatively directed by Dazed co-founder Jefferson Hack’s London-based agency MAD.