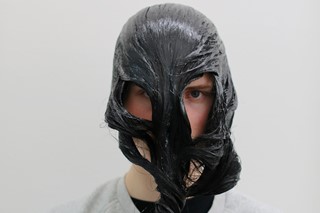 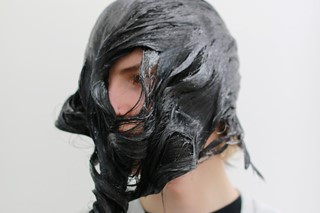 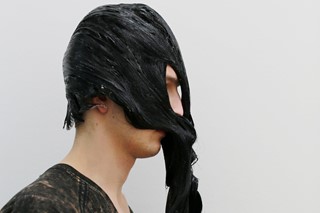 Julien d’ys is one of the fashion world’s most notorious hair rebels. For over a decade he’s worked with Comme des Garçons, elevating Rei Kawakubo’s vision with his surreal and unexpected creations. This season, as slicked-back hair dominated the Paris menswear shows, d’ys created his own look – a warped masterpiece of oiled hair, inspired by David Lynch’s 1980 film The Elephant Man. Here, d’ys reveals the hidden references and process behind his alien AW14 hair for Comme des Garçons. 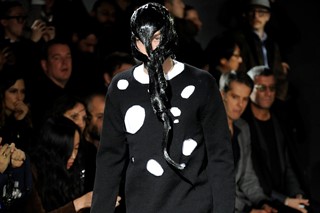 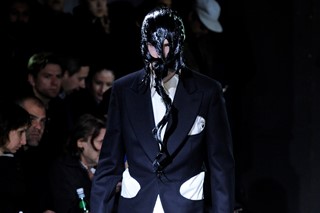 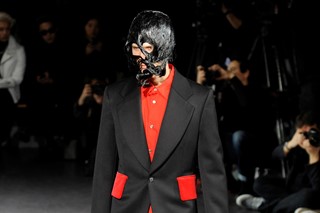 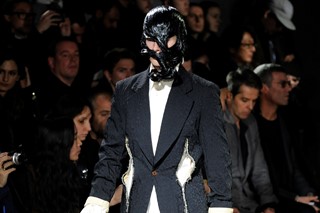 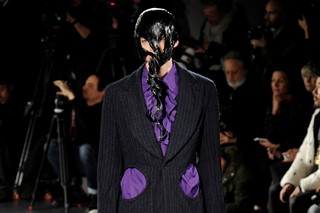 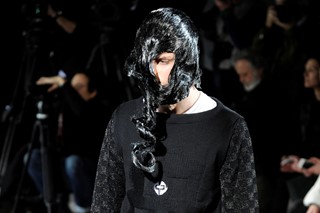 Dazed Digital: This season it felt like you drew on horror references...

Julien d’ys: That’s strange…horror!! I don't see that. It is more that I’m trying to create a strong image, and when I do it’s like painting – you see something coming true. I see GANESH…ELEPHANT MAN…I see GAS MASKS…I SEE THE MOVIE OF DAVID LYNCH…TRUE story of Joseph Merrick.

DD: What was the brief from Rei Kawakubo?

Julien d’ys: There was no brief, she just wanted me to do something very strong.

DD: What were some of the initial inspirations behind the hair?

Julien d’ys: I sent a picture to Adrian [Joffe, husband of Rei Kawakubo] over New Years, not thinking of using it for the show. It was of a man covered with hair, with petrol on his face…I just liked the image. Adrian sent it to Rei and she liked it too. For many years we have had very strong communication between each other, what we are thinking is always right for the show. I can explain it only as an artist to artist connection.

DD: You've worked for Comme for several years, what's been the most thrilling experience of it all?

Julien d’ys: Each time is a big experience, she trusts me so much, I GIVE my heart to her!

DD: And what was the process behind creating the look?

Julien d’ys: First I had to find the right wigs. Then after that it was more difficult: it’s like sculpture, but special products that I use called "SECRET FABRIC". You have to be perfectionist, and make no mistakes; I did each wig alone in my atelier in Paris.

DD: This season saw Rei Kawakubo look back at her own archive with the hole jumpers from her Paris debut. What do you admire about her early work and the sprit that has continued to shape the brand?

Julien d’ys: I love her creativity, she is not like everybody else. A ‘recherché’ of perfection – perfection known to few people – that's why I like her!