An intense show of restriction and disruption, with extreme silhouette and cage structures 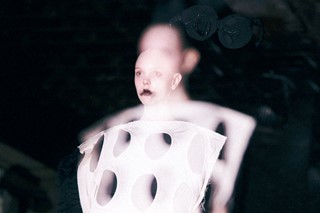 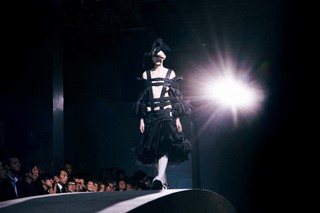 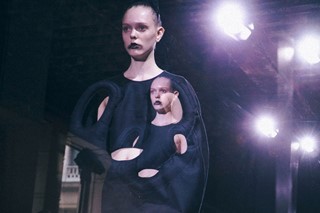 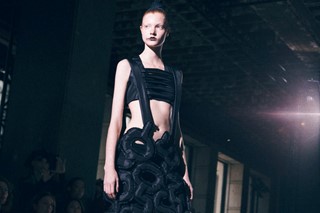 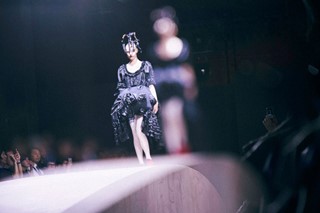 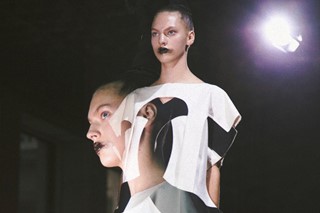 An exercise in restriction and disruption.

Intense, as we would expect from Rei Kawakubo. This season spotlights were swinging from the celling and a wooden ramp had replaced the runway.

A distorted, disruptive and uncomfortable live mix by music artists Twenty Hertz with DJ’s Hell’s Kitchen. Listen to an excerpt below.

When an oversized pink floral garment appeared on the runway to what sounded like bones cracking, disrupting the first few monochrome looks and the atmosphere.

All of the cage structures, which contained the models as they made their way down the runway. Worn with nothing underneath.

Kawakubo's own archive - this season we saw the return of her earlier tiered silhouettes, extreme proportions, over spilling ruffles and of course, her polka dot trademark which became distorted this season.

Tyre-like skirts that circled the models.

Shake up Paris for another season.