In the aftermath of Owens' SS14 show, we take a look back at his unique cult following 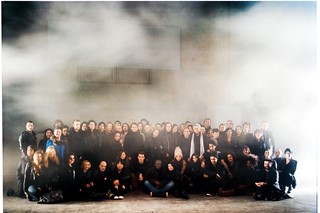 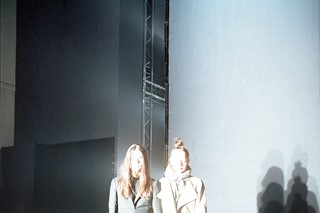 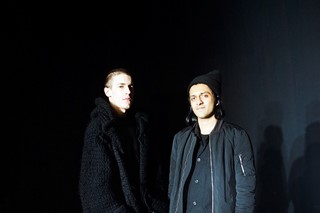 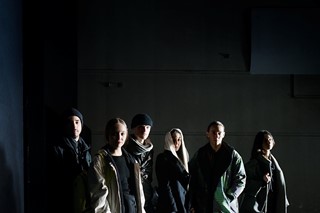 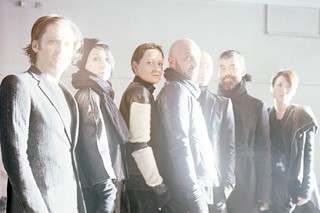 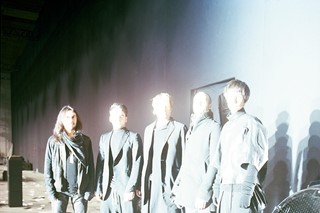 Taken from the May issue of Dazed & Confused:

“I’m disappointed never to have heard any. I’ll have to start some myself.” Rick Owens is considering rumours – where are they? The lack of gossip is surprising considering the tinnitus around fashion in 2013, and even more surprising considering his clique have such a strong identity, dressed as they are in his brutal couture, which he has described in the past as “primitive elegance”. The sweeter side of this Californian-born designer is in his timelessly chic sportswear separates, but tilt the mirror and he’s a threat to institutional Paris who would probably prefer the city’s statues covered in moss than gold.

In his own way, Owens is punk, mod, ted, biker, goth (there’s the G-word out of the way, so often is he lazily pigeonholed with it), rave, seapunk... This is one of the few designers in the last decade with a vision strong enough to build a proper tribe that’s alien to anything else out there (upstarts who owe much to him included, like a photocopy of a photocopy, running low on toner). You don’t wear a piece of Rick, you buy your first then surrender at his altar. Punch in the PIN and get sacrificed;  Owens is the darkest, most fucked-up drug of the fashion world, and once he’s in your system, you’ll never be the same. Next you’ll want his bone armchair or Corbusier-gone-morgue solid marble bed, chiropractor optional.

“I’m tickled pink when absolutely anyone finds something to respond to in what I put out there,” Owens says. “Sometimes it seems that things have hardly changed, and sometimes LA seems like a million years ago.” His fashion background started with his seamstress mother; later, he dropped out of fine-art studies at Otis-Parsons to learn pattern cutting over two years at trade college. Owens then went to work at a sportswear factory owned by Michèle Lamy, now his business partner, muse and wife (“She’s my personal, beautiful witch”). He began his namesake line in California in 1994, and his first US store was Charles Gallay, which carried extremists like Montana and Mugler and placed the biggest order of Martin Margiela’s first season. Back then Owens was designing, making and driving it all to the shop, and he remains a grafter – the last time we visited his studio we walked in on him lugging heavy boxes, not daintily balancing a teaplate of macarons and contemplating the structured handbag.

The hub of this world, apart from Owenscorp’s factories in Italy, is Owens and Lamy’s multistory at Place du Palais Bourbon – literally the house of Rick Owens, as well as his studio and showroom. It’s been this way since 2003. Overlooking one of the most prestigious squares in Paris, the view from their window is the French National Assembly – and the gun-packing guards loitering outside it. “It was five floors of office cubicles that we ripped out when we arrived, leaving the bare bones of the building,” Owens says. “I don’t know if 'redecorating’ would be the right word...” Now everything is concrete, and if you want to get comfy you’ll need to swathe yourself in one of the huge fur blankets dotted around. Is concrete difficult to keep spotless?“Whoever said it’s spotless?”

The moment you see here is a special one: one of the four times a year that his entire (professional) tribe are together in the same room at the same time. It’s an emotional, nourishing experience – this company isn’t owned by a conglomerate. Everything is direct and internal, so the attachment and all the intense moods that come with it are real. Boys that model for Owens, like Rory O’Hara, often end up working for the designer. “It’s a working family holiday,” Owens says. “An open spirit is desirable; not knowing French and Italian is a deal breaker.” Does he feel like the head of a cult? “I’m afraid I’m not calculating enough to lead a cult.”

The collection Owens showed ten minutes before the pictures you see here were taken featured lacing, which some attendees attributed to Araki-type Kinbaku (tight-binding bondage). Wrong! It was about Japanese basket-weaving – so if you think you have Owens figured out, think again (remember he is as sweet as sour). “I love lurid, transgressive gestures more than anyone else,” he says, “but tying up women no matter how willing they are doesn’t seem to come from a very affectionate place. And isn’t it a bit tired to spice up expensive interiors with bondage images? Jack off to it in private.”

His “undiluted, cheerfully sleazy side” comes out in the Spotlight Club, Owens and Lamy’s occasional gathering. Featuring dancing and performance, it draws his breed of fabulous like a shadowy magnet. Owens’ current musical obsessions are Katie Got Bandz and Carnage & Cluster.

Ask who his favourite gangs/tribes from pop culture are and you’ll get Divine and John Waters circa Pink Flamingos; Francis Bacon, Muriel Belcher and the Colony Room; and Jesus and his disciples. This experience is every bit as religious.