As Donatella interprets street codes to the sound of Drake, we ask what the term means now

In fashion we use the word ‘street’ constantly, but what does it mean? It used to be that influences on the street were far away from high fashion. When Marc Jacobs designed his grunge collection for Perry Ellis, the shock came in referencing the kids who dressed from thrift stores, taking what was cheap and refashioning it into something expensive. And expressive. Smearing away that gap. The implication was that there's fashion up here, and street down there.

Now, street sometimes means pure and cool, or hard, or even poor or tacky. It's like saying "that's weird"; mostly means unfamiliar. Essentially it means nothing at all.

But in Milan right now, we're getting some new, powerful ideas behind the definition of street. Let's take a look at Versace and Prada.

Street is up here, fashion is down there, and that's how the creativity flows.

Donatella showed her collection to the sound of Drake rapping Versace Versace Versace in Migos' song Versace. This track had powerful traction this year, prompting artists from Angel Haze to Frank Ocean to write responses. It used to be that high fashion came into rap lyrics as a reference to money. Dropping a luxury brand name represented access to wealth that, pre-fame, was faraway to the artist. Well this time, the influence was the other way around. 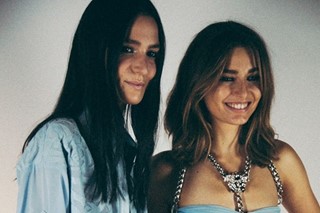 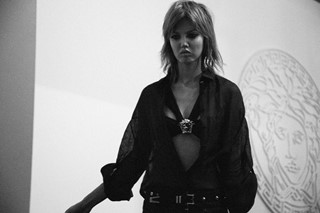 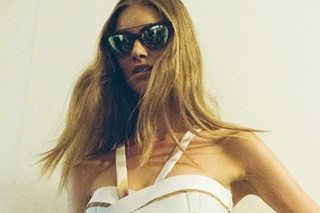 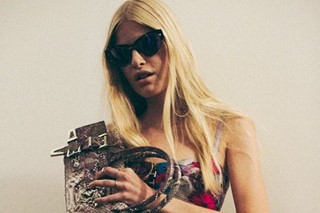 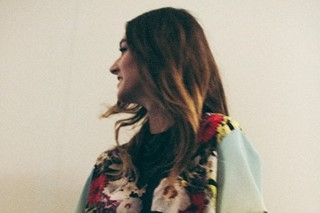 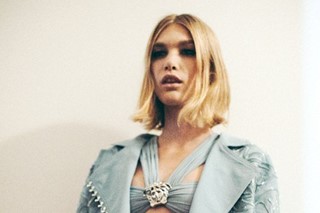 There was a time when Versace would not have fused the collection with its hip-hop ipseity. Drake's reference to the brand and what it symbolizes - the cultural space where Versace clothes live - became a source of inspiration. So Donatella referred back to her own core: denim, lame, and body chains.

Drake isn't talking about something far away, because the street and the Internet are saturated with fashion more than ever now. Saying the name over and over, Versace Versace Versace Versace, strips it of all meaning except what these artists assign to it. Drake is holding the cultural cards. Street is up here, fashion is down there, and that's how the creativity flows.

Ms. Prada's appropriation of street art symbolises the act of taking a risk to be heard. To make the public think; to break the law to ensure your message is seen

At Prada, there was a similar reverence for what power and creativity mean on the ‘street’. Ms. Prada's appropriation of street art (from graffiti artists El Mac, Mesa, Stinkfish, Gabriel Spencer, Pierre Mornet and Jeanne Detallante) symbolises the act of taking a risk to be heard. To make the public think; to break the law to ensure your message is seen. The statement that you can translate illegal vandalism into breathtaking dresses is powerful. If your message is good, it will rise to the top. The risk is worth it.

Prada and Versace are not typically coupled, but for SS14 they both looked at messages on the ‘street’, and decided they weren't far away. They applied strength from the centres where it was surging. Maybe, the ‘street’ is just wherever you didn't expect to find an aesthetic that would empower you as an individual. 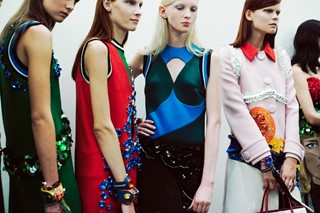 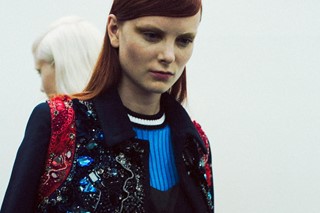 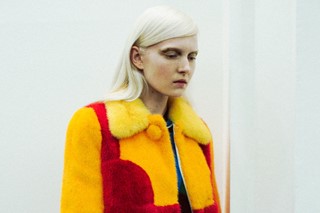 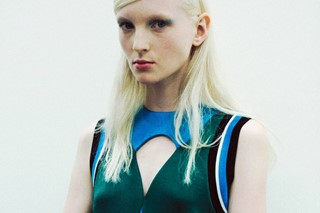 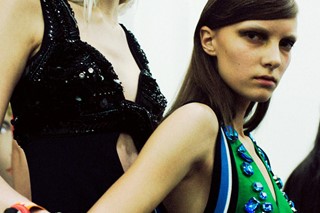 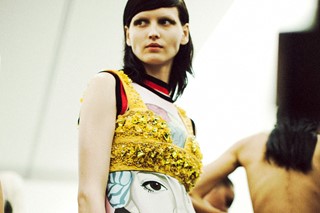