Before he reveals his new SS14 collection in a few days time, we got Ryan Lo head to head with LA-based dating site seekingmillionaire.com. During an hour long skype conversation from Lo’s east London studio to their LA offices, the duo discussed gold-digging, lonely single women and ‘peacocking’. 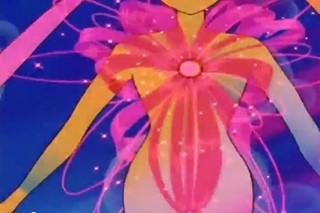 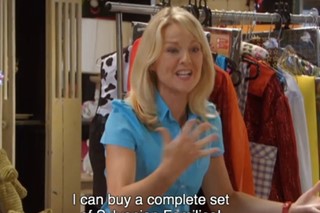 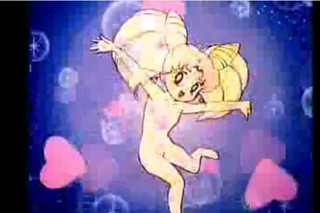 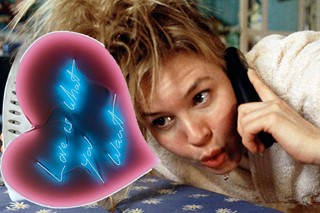 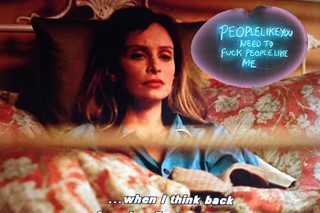 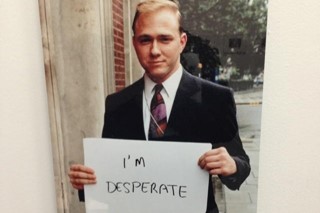 Dazed Digital: Ryan, your last collection was based on lonely singletons looking for love. Can you tell us a bit more about your single muse?

Ryan Lo: My girl is cynical, quite aggressive, and still single. I guess I just watch too much nineties TV: Ally McBeal or Miranda Hobson in Sex and the City. She’s hit her lowest point and starts yelling, “HERE I AM, I’M SCREAMING EVEN THOUGH NO ONE CARES!” What are the single women like that use your sites?

Angela Jacob Bermudo: SeekingMillionaire.com is for men or women who want to date successful men or women, namely millionaires. It connects with what you’re saying: for a lot of these women, they come to our website because it has become so frustrating to find a man who matches their expectations. These women know they want to date millionaires, men who are rich and fulfill their fantasy. And the successful men can’t find the matches they’re looking for in regular dating. So instead of paying $50,000 dollars for a millionaire-dating agency, they are able to see women and talk to them in a very cost-effective way.

Ryan Lo: Money shouldn’t really be an issue for them...

Angela Jacob Bermudo: The reason these people are millionaires is because they’re smart about their money. They treat every aspect of their lives as their business; they’re not going to be like “Oh, okay, the first round of $50,000 didn’t work, let’s try it again.”

These women know they want to date millionaires, men who are rich and fulfill their fantasy.

Ryan Lo: Don’t you think it’s kind of wrong to go and search for someone based on the amount of money they earn? Aren’t the girls just gold-diggers?

Angela Jacob Bermudo: One of the biggest factors in relationships is an economic one. Once, women were going for the best hunters because they’d be the best provider for the family. It’s really hard to go against centuries of instinct. We call it the peacock dance, where the men fluff their feathers and show you all their cards and essentially say “This is what I have – I can be a good provider for you and our potential children.” The same goes for women. One of the biggest things men look for in women isn’t beauty: are you nurturing, can they talk to you about their dreams and their aspirations for the future?

What I think is interesting is you’re trying to communicate both the power of being a single woman and the frustration of it; how did you bring that out in your clothes?

Ryan Lo: It’s the energy, the action: all those mohair pieces were melted with a heat press, for instance. I think she was attention seeking with the sparkly stuff; she’s lonely. Maybe she’s desperate; there’s transparent stuff showing bits everywhere. And then she starts seeking comfort; she’s lonely, it’s winter. I started doing blanket-wrapping coats, pyjamas, slip dresses, knitwear; pieces you can wrap around yourself. I did nineties power dressing, and t-shirts saying “Pussy cum ask me out”: I thought it was good to give the girls a bit of attitude. “If I can’t get the guy, I’ll focus on my career, so I can still have a fabulous life even though I’m single.”

Angela Jacob Bermudo: That’s interesting, isn’t it? No matter how time progresses and women change their ideals, in the end we’re still kind of attached to the idea that, if we don’t find the ideal man, we have to seek solace somewhere else. For some reason single has become non-synonymous with happiness...

Ryan Lo: Do you think it’s possible to stay single forever and be happy?

Ryan Lo: It’s difficult for women to be single. A guy can be proud to call himself a bachelor, but for women it’s different: you’re a spinster. It’s all bound up with social history, and how society has been for centuries.

Angela Jacob Bermudo: There is social pressure, but you have to remember that biologically women are created to become mothers, to nest. If you don’t have a partner, and you’re not following biology…there’s a reason why our bodies operate the way they do.

Ryan Lo: I saw your promotion video a while ago: ‘Break the spell of living like a peasant’. I like the irony of it, but what does it really mean?

Angela Jacob Bermudo: We want to take women out of that frustrated, unromantic bubble that’s been created around them. Find a partner who treats you well and who knows how to pamper you; bring back the enchantment in your life. Every woman wants to feel like a princess, but that doesn’t mean they want to be showered in jewels; they’re just looking for that man who will value them.

Ryan Lo: I was watching a BBC documentary this week about scamming in online dating – with people, and sometimes even the websites themselves, creating fake profiles. Have you had similar problems?

Angela Jacob Bermudo: Not really. A third-party goes through criminal records, they check Interpol, any violent crimes. I’ve heard stories of other dating sites creating fake profiles, but we don’t do that, we don’t understand why they do it.

Angela Jacob Bermudo: We’re not going to say no to someone who’s just signed up for fun, there’s still a taboo around online dating. Sometimes, it’s that whim of just trying it out that ends up producing couples or relationships that work. For some reason, it’s synonymous with people who can’t find somebody. It’s not really that; online dating has gone from a portal for people who don’t have the best social skills to a high-speed dating process.

Ryan Lo: Do you have gay dating as well?

Angela Jacob Bermudo: We have a very active gay and lesbian community: a lot of successful men are closeted. Is the Ryan Lo girl into online dating?

Angela Jacob Bermudo: Based on what I’ve seen, I think this woman is too proud to admit that she’d do it. It’s clear that this is a strong woman and sometimes she can be obnoxious; she’s putting herself out there and telling the world “This is who I am; I’m proud of who I am.” At the same time maybe she does look; maybe there’s that softer side that wonders, “Is it possible?” I feel you’ve portrayed that woman in a very artistic, avant-garde way.

Ryan Lo: Do you believe in love at first sight? My girls believe in that. Maybe one of the reasons my girls are still single is because they’re so eccentric and in-your-face. It’s about what you want in life: do you want to marry and get settled, or do you want to be yourself and have a bit of personality and attitude?

It’s inspired by Stevie, Miranda Hart’s best friend. Asked what she’d do if she won the lottery she says, “I’d finally buy a complete set of Sylvanian families!” I guess that’s the ultimate dream for my woman

Angela Jacob Bermudo: You can definitely be eccentric and still want to have a partner, you don’t have to tone it down. But something my male friends have told me is that it’s very hard to approach women with a really strong personality. From seeing your clothes, it’s clear this girl has a very strong, loud and in-your-face personality. A lot of men will admit that a powerful woman, as attractive as she is, is very intimidating.

Ryan Lo: With men, it is peacocking; it’s a natural thing and it works. With women, it has the opposite effect. From a man’s perspective, it’s better for a woman to be boring than to be loud and funny.

Ryan Lo: Yes, but she’s a lot more optimistic. Before you meet that perfect guy, you start building this fantasy dream home. It’s weird and bizarre, but it’s also quite hopeful and optimistic. So it’s a celebration next season. I was thinking it could be a Hansel and Gretel candy house thing with Sylvanian families, a perfect home. I’m doing a wedding dress; I like the satin and cheap lace thing about Sylvanian families’ wedding dresses. It’s kind of inspired by Stevie, Miranda Hart’s best friend in the BBC series. She’s asked what she’d do if she won the lottery and she says, “I’d finally buy a complete set of Sylvanian families!” I guess that’s the ultimate dream for my woman: to have it all.