For the first installment of Beyond the Catwalk, a new monthly fashion column of unexpected head to heads, we caught up with the duo at James Long’s new studio to discuss collaboration in the digital age and teenage fantasies.

Dazed Digital: Is Tropical’s Dancing Anymore video deals with experiences of sex and teenage fantasy; how do you think our online access to graphic imagery has influenced people?

James Long: People have to understand that it’s a video, it’s a fashion show or it’s a piece of artwork. It isn’t real; it’s someone’s ideas. You can’t not put it out there because it’s a fantasy. Maybe I’m over sensitised but I didn’t even think that video was particularly shocking?

Simon Milner: I thought the same, [our video] before that had violence, shooting and drug taking – and it lasted longer on YouTube. It’s funny that people would rather see somebody getting shot than see a naked CGI woman.

James Long: And anybody that takes that seriously isn’t having sex because surely they must know that isn’t reality?

DD: But because it’s a teenager, and that age group’s access to sex exists predominantly in a digital realm, do you think that’s going to warp their idea of what sex really is like?

Simon Milner: I think a lot of kids see crazy stuff in school; they get a sexual education and are involved in things before they’ve actually seen it themselves.

James Long: I watched Dirty Dancing when I was 14, but I didn’t think my life was going to be like that. Though I kind of wish my life was like that!

DD: Was that your teen fantasy?

James Long: Yeah, my teen fantasy was to be Patrick Swayze [laughs]...but you know, whatever age or era there will be [a definitive film or] something that was sexualising teens.

Simon Milner: I think people were a lot more closed. The wider our knowledge is of what’s going on, the healthier.

James Long: To be honest I couldn’t possibly tell you how it is to have that amount of information at that age. To not read books, to not have art books on your shelf or the joy you used to have of finding an amazing book. Do teenagers even do that anymore? I don’t know.

James Long: People have to understand that it’s a video, it’s a fashion show or it’s a piece of artwork. It isn’t real; it’s someone’s ideas. You can’t not put it out there because it’s a fantasy. Maybe I’m over sensitised but I didn’t even think that video was particularly shocking? 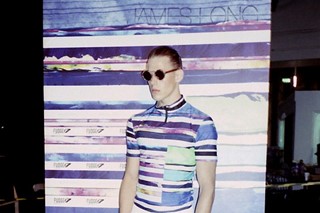 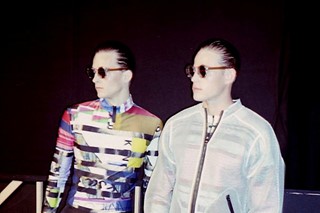 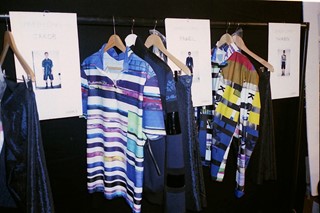 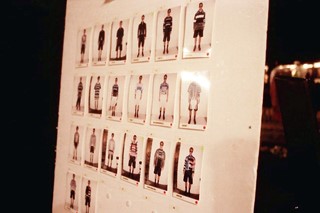 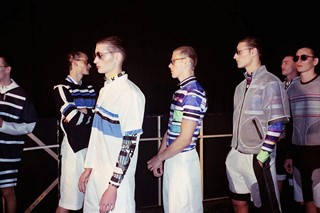 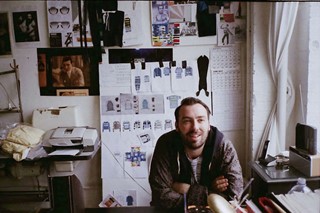 DD: Speaking about that, websites like Tumblr allow arguably the next generation of creative people to not only access that content but curate it, do you think that will change that kind of process in music and fashion?

Simon Milner: I didn’t grow up in London so I was shut off to a lot of art. I had to go down to Borders and get a copy of The Face magazine; that was my only interaction. If I had Tumblr when I was younger maybe I would have been exposed to things more, like artwork, photography and fashion.

James Long: I’m the same, but I wonder if it’s taking something away from that because it’s all kind of there isn’t it? You don’t have to search for it much.

DD: Perhaps there is not that aspect of discovery?

James Long: Well I’m sure there is some kind of discovery; I’m just not sure what it is.

Simon Milner: It’s like there’s a world of knowledge there but you end up watching a video of someone falling down the stairs. At least when you go to an art gallery, you can’t go to the ‘people falling over room’.

DD: Both of your disciplines are tied up with reference and communicating with your audience, how do you feel digital media has affected the way you collaborate?

James Long: We wouldn’t be having this conversation if there wasn’t those mediums, so I guess it encourages discussion and people’s voices are heard a lot more than they used to. Pre-all of that stuff, it would go in a monthly magazine. When I think about how my mum and dad used to do business, they sent a fax [laughs]. I do sometimes think you have information overload, like at my house I don’t have the Internet, so I think you have to be a good editor of the information you take in.

Simon Milner: I think it enables [us to] link better, so people find you quicker through other people, which from a magazine you couldn’t do - seeing someone’s name you couldn’t just click on it an find out about them.

James Long: But I hope that social media hasn’t taken away the experience. I’d hate to think people wouldn’t do [things] because they can just see it online. The idea of a 2D world is terrifying to me.

Simon Milner: I think there’s definitely a generation of kids getting into art and music at a lot younger age, and making good music as well because they’ve been exposed to so much more than what you could be exposed to if you’re from a small town without that media, so that’s the positive side of it.

James Long: I think it’s definitely positive. I do use it, just not for an information or research tool.

DD: That’s interesting in itself.

James Long: I don’t want to be a designer and just sit on the computer, I never wanted to use the computer to draw, and I still don’t. The idea of my day being on the computer is like hell. But some people’s worlds are on a Mac. It’s fascinating really.

Simon Milner: I left mine in a taxi, and it was quite good, 15 days that I hadn’t got to check it.

James Long: There is this kind of anxious thing for me that I know that there’s always information there. I guess it’s about editing. Maybe the new generation will be really good editors of their thoughts, and really know how to direct what they want to show. That’s what it might be the new crop of, amazing editors.

'Beyond the Catwalk' is a new monthly fashion column of unexpected head to head interviews. 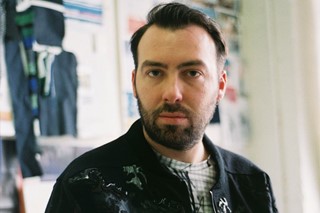 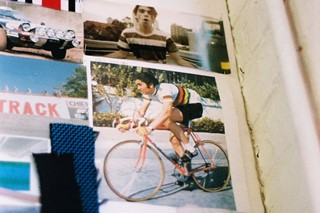 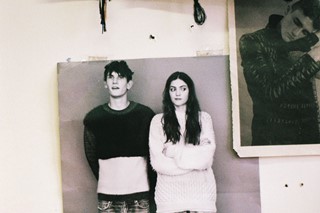 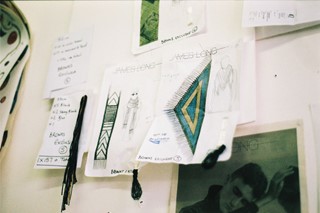 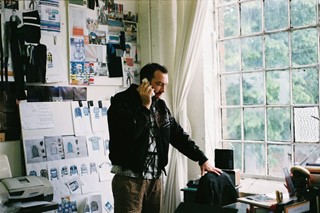 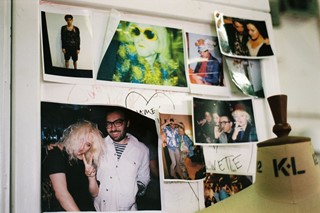