LC:M provides a dynamic platform for the UK’s most prominent up-and-comers

LC:M is not just a nod to our enormous fashion heritage along Savile Row – the mecca of bespoke tailoring – but it also provides a platform to bring together raw talent, giving them the opportunity to showcase the wealth of creativity in London.

The SS14 shows attracted international press with a homecoming of big brands like Rag & Bone, Tom Ford, Jimmy Choo and Burberry, who swapped Milan for its triumphant return. As the brand’s Chief Creative Officer Christopher Bailey stated, "London is the creative heart of Burberry and our global headquarters. The country's proud menswear heritage and outstanding contemporary talent gives it a unique and powerful energy. It is a wonderful time to be bringing our menswear show home."

Fashion East’s MAN and the British Fashion Council’s NEWGEN Men are both support initiatives which give press and buyers insight into the next generation of menswear heavyweights. It’s these initiatives which have provided a springboard to young designers like Astrid Andersen, Agi & Sam, Sibling, Craig Green and Marques’ Almeida. Also notable are James Long, who originally debuted his label as a menswear offering back in Spring-Summer 2010, incorporating a lean towards knitwear and leather work; Christopher Raeburn, a NEWGEN winner for whom green is always the new black, with his mix of ethical fashion and high-end urbanwear, and Shaun Samson, previously showing with MAN and now going solo to reaffirm his desire to create street boys masked in luxury. 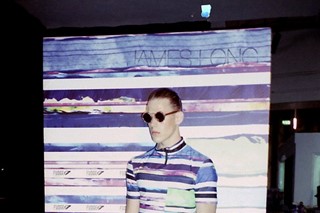 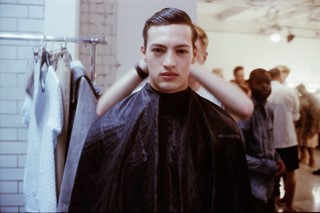 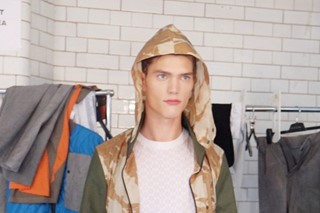 The mix of shows this season were full of incredible ingenuity, dispelling the quiet tension and unspoken issues surrounding British menswear, such as its ongoing commerciality.

London is culturally thriving right now, and where womenswear has encountered tough times due to recent economic restraints, menswear has continued to grow due to an international appetite. London is a force to be reckoned with as the home of menswear, offering a viable alternative to designers and brands who usually show in Milan or Paris. Our designers deliver strong statements with thought-provoking collections and incredible craftsmanship. And despite UK fashion manufacturers and fabric makers slowly disappearing since the 1970s and early 80s, thankfully, a growing number of our brands are now choosing to keep much of their production on home soil.

From Burberry’s iconic trench coat made in Yorkshire, to Topman’s Made In England tailoring and Alexander McQueen’s collaboration with Huntsman on Savile Row for bespoke menswear – we can produce the ideas and have the talent for uncovering new generations of designers to cast their own vision over the UK’s evolving fashion scene. If we could re-establish our once thriving production industry, British menswear will continue to gain major momentum and produce some truly spectacular, forward-thinking and commercial clothing. With the support of high-profile brands such as Mercedes-Benz, it also continues to ensure the event remains on a global stage.

This article is part of a series on global fashion weeks, supported by Mercedes-Benz. For more on Mercedes-Benz Fashion Broadcasting click HERE