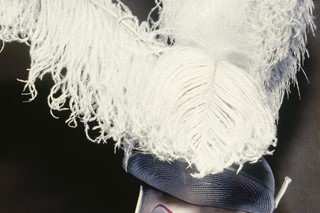 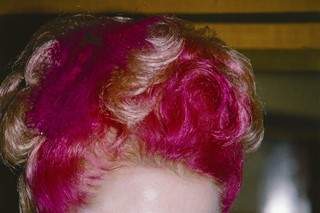 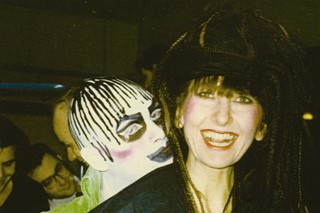 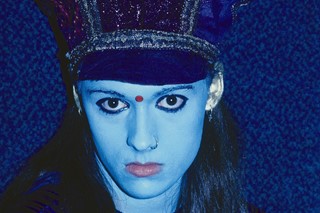 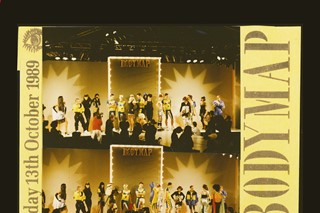 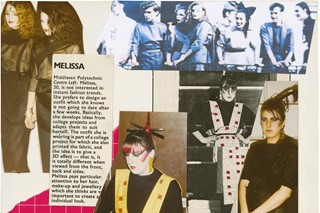 When Michael Costiff says “I don’t like downtime,” you believe him. Moving from a village in Derbyshire to the bright lights of London, Michael was certainly busy trying making a name for himself as a photographer, filmmaker, artist, shop owner, interior designer and the go-to guy for parties. It’s perfect that’s never had a job interview.

He’s ripe for a retrospective book, which is exactly what happened, independently published by Louis Vuitton Men’s Style director Kim Jones. Titled ‘Michael & Gerlinde’s World: Pages from a Diary’, it consists of photos of famous faces and wild parties over the course of the 70s, 80s and 90s in which Michael and his wife Gerlinde were a tour de force of boundless creativity. This couple were at the helm of the hedonistic London club scene of the 80s running Kinky Gerlinky, an outlandish and otherworldly night that drew everyone from Boy George to Hamish Bowles, drag queens, artists, musicians and anyone else who could get past the formidable bouncers.

“I came from a really small village in the peak district called Grindleford and I remember just wanting to head for the bright lights of London. At the time, the Kings Road was the center of the world and that’s where I wanted to be,” he says. “Swinging London! I expected it to be full of sports cars and people with big hair dos, tight trousers, afghan coats, that sort of thing. I was completely thrilled when I arrived.”

Still living in the same flat down the road from Vivienne Westwood and Malcolm McLaren’s punk boutique SEX that became Worlds End, Michael was always drawn to that area. “Everything seemed to be happening in that sort of circle from Chelsea up to Portobello. There weren’t as many people there in those days so it was very easy to get about and get acquainted with everyone. There were lots of independent businesses like the Electric Cinema, and later there were loads of punk gigs in pubs down the Kings Road like Man In The Moon. I’ve known Vivienne and Malcolm from when they first opened their shop, Vivienne used to always be on the sewing machine in the back corner! There was just so much stuff to go to all the time.”

A friend of Costiff’s ran a club called Legends and invited him and Gerlinde to host a party there. “We were initially quite hesitant to do it because we’d just come back from the huge carnival in Rio, and everything in London just seemed so dull after all that glitter and feathers. But we thought we’d just do it, and from there it grew like a monster (laughs). We told our friends who told their friends, and we very much encouraged a fun, anything goes atmosphere – everyone was up for it. I have a great sense of the ridiculous so we didn’t take anything seriously at all.”

A night with Michael and Gerlinde was one to remember. “Admission into Kinky wasn’t necessarily by what you were wearing, it was about your attitude. If you could charm your way past the doormen, you could get in. It was just wild really! Thinking about it now, it was before mobile phones and instant photographs, whereas now everything is recorded so people are well behaved!” Anyone who was anyone in the 80s frequented the notorious club night, although you would have had to be inside the sequin-encrusted soiree to marvel at the faces getting up to no good. Ask what stories he has to tell and you'll get the response, “I have been – and always will be – very discreet! What I can say is that it got to the point where we had people flying in from Europe and America every time there was a night on. Everyone in town wanted to know when the next event was, some people planned their elaborate outfits a month in advance. We had hundreds of people come to the shows and cabarets even though we never advertised. It was a good thing really, because if we had organized a show and the performers didn’t turn up it didn’t really matte. I remember one night East 17 were meant to play but they had the Radio 1 Roadshow the same night so they didn’t turn up!”

After running a café in Chelsea Antique Market, Michael and Gerlinde went on to own the store World, of which World Archive in Dover Street Market follows on.  “We were always off somewhere travelling and shopping, and to be honest it just gave us a chance to shop more. We didn’t like holidays were you lie on the beach, we preferred to go round the backstreets of a market or something and find stuff to send back to London. We had lots of things that you see everywhere now. We bought loads of Keith Haring stuff, big gold hip hop jewellery from New York like thick chains with the dollar sign, Yankee baseball caps – everything that you couldn’t find anywhere in London. We had really good staff in the shop, but we all had such a ridiculous attitude as we refused to open until 12pm and closed at 7pm. That was all before coffee shops so it became sort of like a meeting place, a real hub of activity and a great place to come and hang out.”

After losing Gerlinde in 1994, Michael found a friend in Rei Kawakubo and even opened the Comme des Garçons AW07 Paris show. “When Gerlinde died I was really quite lost and it was a really hard time. It was difficult because we were always known for having lots of fun and then suddenly I was bereaved. It was Rei that invited me to have a shop in Dover Street Market, and in a way she sort of saved me as it gave me something to do.” When asked what his relationship with Gerlinde was like, Michael explains, “everything we ever did was purely to impress each other, we didn’t really care what anybody else thought. I did everything to impress Gerlinde and she did everything to impress me (laughs). We both had very high standards.”

With the majority of photos being kept in a cupboard in Michael’s flat, it was only a matter of time before the richly vibrant snapshots of past eras were brought to light in a retrospective project. “I’ve got 30 years of diaries so for the book I had to choose 300 pages out of about 10,000 pages! Because we’d done so many different things it was just a way of remembering what we’d done that week. Life at times can become a bit of a blur. The book has pictures from 3 of 4 different voguing balls I went to in New York but I never took a camera because it was quite uncool to do that. You sort of distance yourself if you’re taking photos, so it’s a kind of miracle that there are all these photos. It was less about recording and documenting and more about seeing your friends and having fun.”

“I met Kim through Hugo Scott from Marc Jacobs. I talked to Hugo about my diaries and then Kim came over to my flat one night and I showed him a few of the many diaries stuffed away in a cupboard. He was amazed and wanted to see more! It was a very long night, there was a lot to look at! For me, it all seems quite ordinary so I’m quite bemused by other people’s reactions. The major thing about the book is that it’s not in chronological order, everything is sort of jumbled up. What I love about the book is that when you turn the page, the photographs are just so strong that you forget everything you’ve seen before. We found that when we were working on the book, we’d always forget the pages that we’d done five minutes ago because the one we were working on was so strong.”

Michael possesses such eagerness and a strong momentum to keep working, most likely because what people employ him for comes naturally to him, and in turn his ‘work’ doesn’t feel like ‘work’ at all. “I just like to do stuff all the time. I’m a maniac! My friends always ask me how I do everything, and where I get the energy. Looking back at what went on at Kinky Gerlinky, I just can’t believe how we got it all together. It was a huge operation but it all just sort of happened. Organising events nowadays just seems so easy! I remember we used to get in such a panic a few days before if we had flyers left over, we’d drag ourselves up to half a dozen clubs in Soho the night just to get rid of them, making sure everyone knew.”