Yasmina Dexter fills us in on the show and the art of the soundtrack, 230 metres high from London's Heron Tower

"My first soundtrack was for Preen back in 2000, I was working with them at the time as a sales and production director. As I've been playing in clubs since approximately '95, I thought I could do it – I wanted to. Thea and Justin are also friends of mine, we are close and I believe we have the same feel. I love their vision. Their shows are always breathtaking, chic and timeless – their collections make sense, you can observe the development of thought process from season to season, it's never random. It grows and has a story.

For Autumn 13, Preen designed a blend of progressive modernity and quiet luxury, fusing Jarman's cult new-wave film Jubilee with contradictory Avedon images of his muse, couture-model Dorian Leigh. The show was held on the 32nd floor in the Heron Tower with a breath-taking 180 degree view of foggy London city.

The minimalist palette of black, red and white accentuated the stark lines of the silhouettes, Justin and Thea were playing with shapes from A-line to pencil, and variants on couture volume, either at the front or the back. A silk satin tartan skirt was flocked with leopard and backed onto wool crepe. There was a devoré pixelated leopard print and delicate, tailored maxi-coats toughened by a silver chain.

I try to do the same with a soundtrack, which I believe is very important for a full delivery of the show. It's intricate, yet based on a simple story – and it has to be a story. I like to work with tunes that evoke emotion, communicating with each other but layering it with samples so it achieves a modern perspective. This time was 'anarchy in soul and love in the heart'. I also like to go in an opposite direction of the visual delivery, so it's not too literal. Otherwise, no rules, just chills down the spine, good beat and phat bass: that's the measure.

I am very careful not to become indifferent about it. The funny thing is that it takes days being in the studio to create ten minutes of the soundtrack, not that I mind. In fact, that's when time stops – that's when work is love! I feel lucky. Everyone that I work for is a friend of mine, and I need to feel like what they are creating. So far, my clients for soundtracks have been Preen, Pringle by Alistair Carr, Alexander McQueen´s trunk show, Lara Bohinc, Agent Provocateur, Linda Farrow, and Marchesa. I´m very excited to work with a fresh designer during Paris fashion week too! 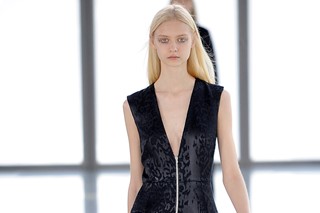 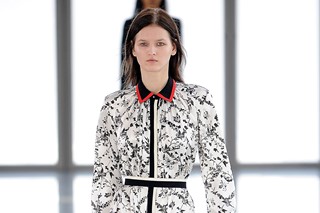 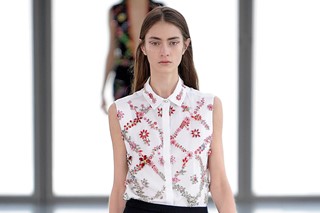 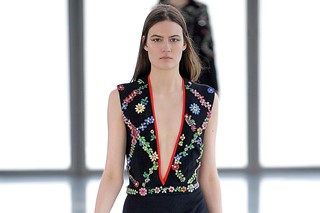 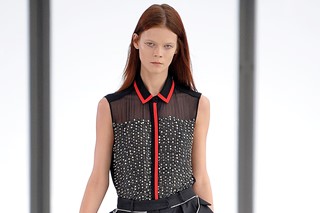 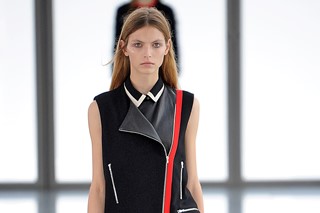 Mixed with samples of: The Human League, 'Being Boiled'; Devastations, 'All Cats Are Grey'; Andy Stott, 'Numb'; Sade, 'Smooth Operator'; DSCRD, 'The Dawn'