Inspired by The Gopher Gang, a tribe who mugged New Yorkers for their clothes, Lynn brings the cerebral him/her noise as Gary Powell does literally – listen to the show soundtrack here 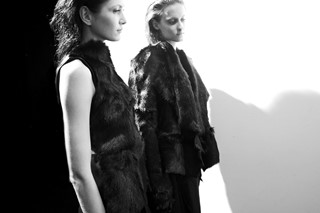 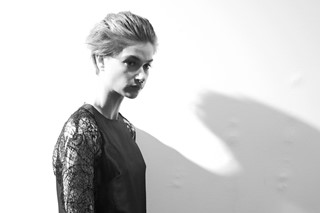 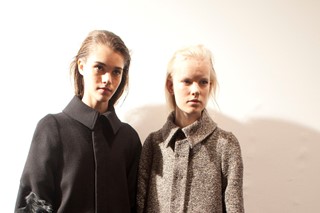 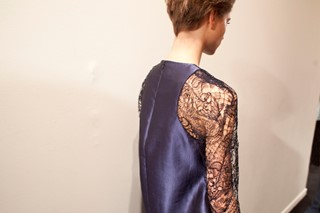 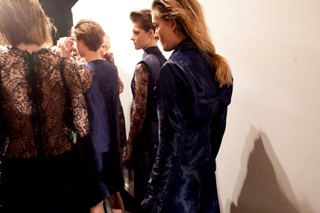 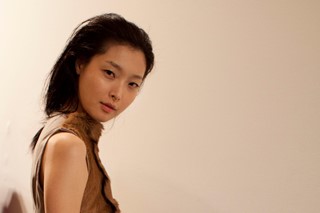 Fashion is more than what you can zip or button. It's about body language too. The androgynous Christian Louboutin rocker boots at Todd Lynn's show today were a great reminder of that.

Giving swagger to both skirt and cigarette pant, channelling the razor-sharp him/her ethos Lynn began his career with, they instantly kicked vertiginous sandals, the default parading shoe, into touch as the new enigma, a more cerebral embodiment of sex appeal.

The collection was inspired by New York's Gopher Gang, a group who would mug people on the street for their clothes before sending them to the seamstress for customisation and keeps – a total crime of passion. So a man's tuxedo was gripped in the back to create a sculptural line; sleeves with raw edges were sewn extraneously and custom lace hidden with horse icons laid over bare skin. The final looks saw box pleat half-kilts hit the air with dynamism.

Mind fed, the soundtrack, by The Libertines' Gary Powell, gave feet something to jam to. Fingers should be hooked around pockets though. Get carried away and those Shaun Leane brass knuckles could do some slick damage.