On top of the world with Louis Vuitton's 2013 Himalayan expedition 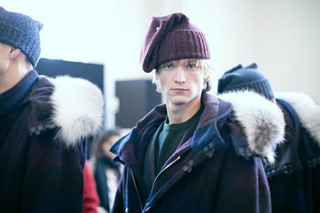 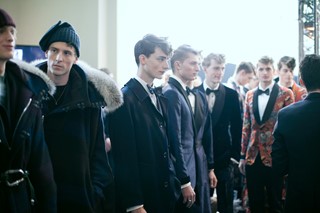 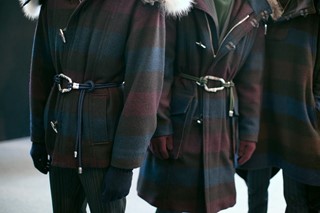 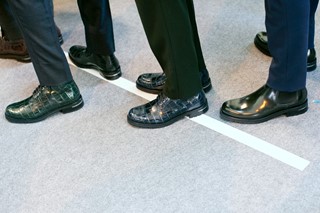 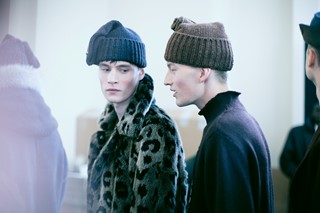 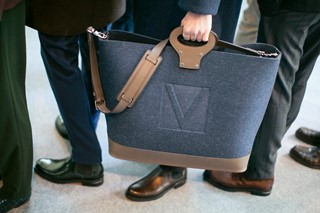 This season Louis Vuitton's men's studio and style director Kim Jones took us on a journey to the Himalayas and the Kingdom of Bhutan. Styled by Another Man creative director Alister Mackie, in his monogrammed trunk is plenty of outerwear in astrakhan, sheepskin, shearling, shaved beaver, fox and mink; as blousons, parkas and overcoats, sometimes as linings sometimes as the whole thing, such as a laser cut snow leopard mink raglan-sleeved coat that had hit written all over it. Plus a selection of showstopping silk jacquard dressing gowns and suits.

Then there is the collaboration with Jake and Dinos Chapman, on a series of motifs across knits, pocket squares and accessories, from their own take on French baroque florals to a snow leopard figure, the brothers' spin on the Buddhist idea of "wrathful deities", fearsome talismanic protectors from evil and a bridge between the natural and supernatural world. "I sat down with Jake Chapman and we talked through through the idea of a Garden in Hell," says Jones. "This was the phrase Diana Vreeland famously used to describe her apartment. It was something we both responded to, that and all of the unusual animals to be found in the Himalayas."