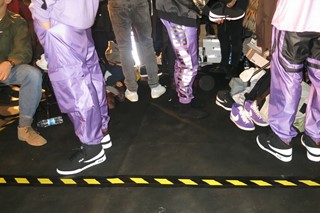 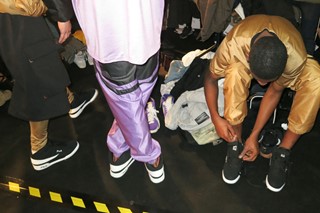 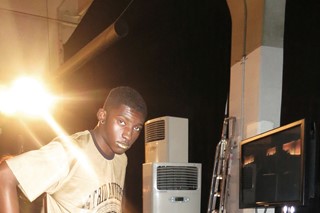 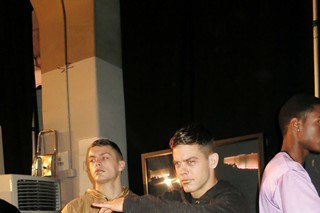 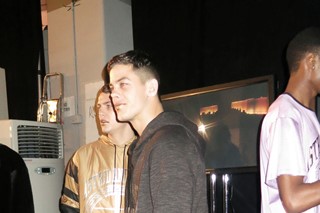 MAN is a show that ducks, weaves and sprints; the most living, breathing catwalk during London menswear is a sparring match of personalities and the context around them. This season two of its designers, Astrid Andersen and Agi & Sam reached the three-lap limit, whilst Craig Green made his debut – here we had the excitement of conclusion and anticipation to feed off. AW13 is one of the show's punctuation points.

Astrid Andersen, sending out her first look in gold and purple, boys side by side in unity, kept the cool swag that she breezed into MAN with in the first place. This season her basketball silhouettes added denim workwear, particularly striking in a conjoined jeans-and-jacket overall, as the volume supersized further XXL. Booming, bassy rap giving the PA system its own workout, Dane Andersen's take on hip hop vocabulary is enthralling because of its authenticity and ambition – not for one second do these boys look like they're not wearing their own (fancy) clothes; clothes steeped in athletic prowess and unabashed vanity. 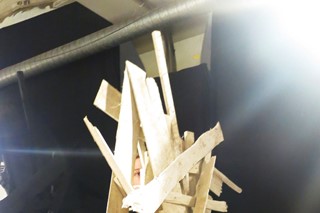 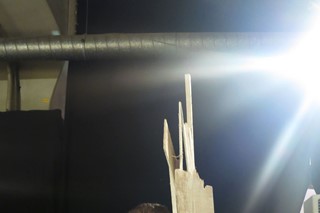 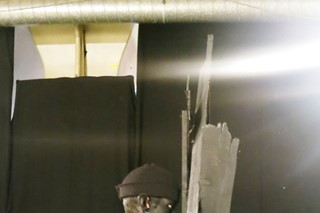 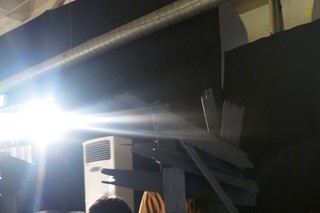 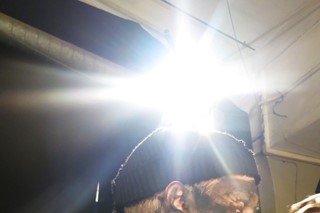 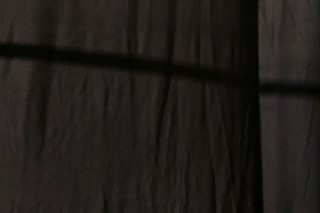 Craig Green, having presented as part of the Fashion East Menswear Installations for SS13 and made headwear for Christopher Shannon during the same season, joined the circuit with an elegance that marks him out as a potent future force. Green's models were dressed like what's left underneath the bonfire, veiled in splintered wood, crumpled and charcoalled-up, yet exiting coolly and uniformly, like it wasn't a bit weird. That's skill. This designer has the potential to push fashion forward without the nice 'n' simple brigade noticing until it's too late – don't spoil the surprise for them yet. 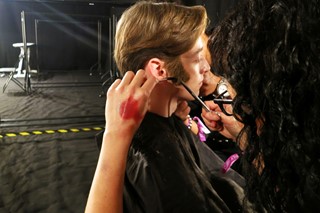 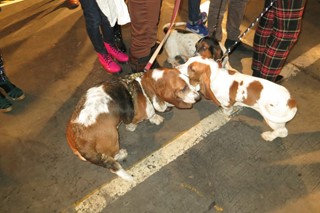 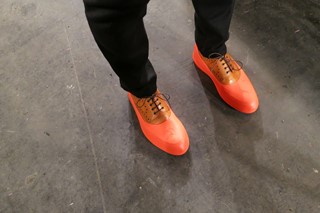 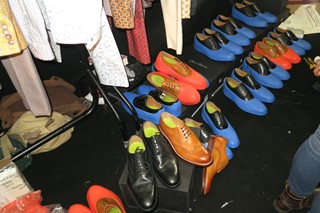 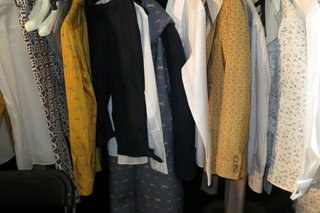 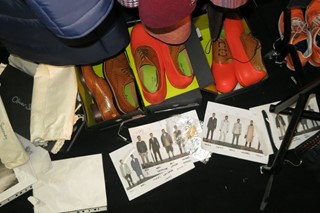