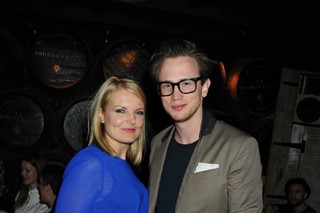 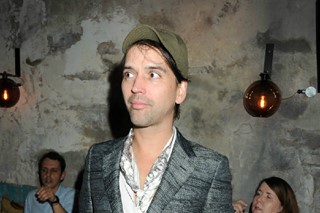 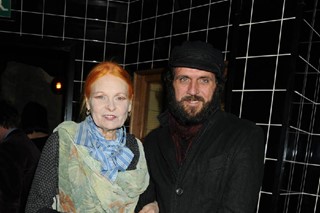 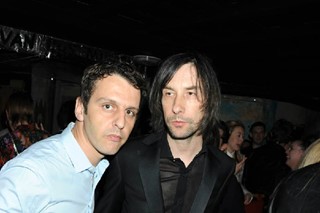 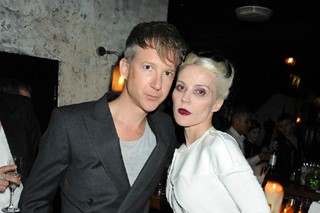 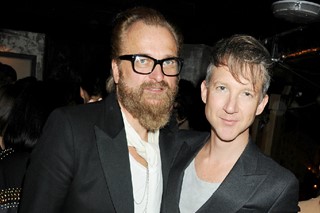 Last night, the AnOther Man crew, contributors and friends of the family celebrated the biannual magazine's fourteenth issue at the La Bodega Negra restaurant in London's Soho. Invited by Jefferson Hack and Creative Director Alister Mackie, together with Johan Lindeberg's new brand BLK DNM and London retail institution Browns Focus, the crowd danced to the tunes of DJs Arman Nafeei and Tabitha Denholm from the Queens of Noize, drank Patrón tequila and ate Mexican food to early hours of the morning.

I particularly like the interview with the veteran broadcaster Alan Whicker – he delivers a masterclass in how to travel in style. He was a major style icon for this issue; he's the perfect example of the travelling gentleman

With 'On the Road' actor Garrett Hedlund on the cover, editor Ben Cobb proudly showed off the issue, the second one art directed by Dean Langley. With a cover in light blue and yellow shades - shot by Alasdair McLellan and styled by Alister Mackie - the issue is the perfect introduction to the Spring Summer season and great reason to celebrate your holiday with a road trip...

Dazed Digital: What's the theme of the new issue?
Ben Cobb: The new issue – titled On The Road – is all about travel, exploring everything from Jack Kerouac's historic road trip across America and John Lydon's 1978 holiday in Jamaica to the birth of Virgin Galactic's sub-orbital flights into space this year.

DD: What inspired it?
Ben Cobb: The spirit of adventure. Journeys of self-discovery. And Kerouac's Beat bible On The Road... Plus I got really excited by some archive images of iconic men in transit that creative director Alister Mackie showed me: David Niven packing his trunk on a quayside; Marlon Brando sat on his luggage after his passport had been stolen; Jimi Hendrix thumbing a lift outside an airport; and Buster Keaton carrying cases covered in 'gags' stickers.

DD: Did you read On the Road as a teenager, what did you think?
Ben Cobb: Yes, like most teenagers I read On The Road – it's a rite of passage. But it's probably wasted on teenagers. Returning to it now, I can appreciate it a lot more.

DD: Ever been on a road trip?
Ben Cobb: No, not yet. I think I should learn how to drive first otherwise it's not fair on the others. First rule of road trips: pull your weight.

DD: Who's on the cover?
Ben Cobb: Garrett Hedlund who stars in the new film adaptation of On The Road. He was shot on a beach in L.A. by Alasdair McLellan and styled by Alister Mackie. Hedlund looks like a 50s pin-up idol in a denim jacket and Prada shirt... we also produced a Collector's Edition, which featured a cover of Kate Moss, photographed by Nick Knight, styled by Alister Mackie and wearing clothes made exclusively for the shoot by Sarah Burton from Alexander McQueen.

DD: What are the other highlights in the issue?
Ben Cobb: I particularly like the interview with the veteran broadcaster Alan Whicker – he delivers a masterclass in how to travel in style. He was a major style icon for this issue; he's the perfect example of the travelling gentleman.

DD: Did you learn anything new when working on the issue?
Ben Cobb: Just because you're shooting in Palm Springs doesn't mean it won't rain.

AnOther Man 14 is out now