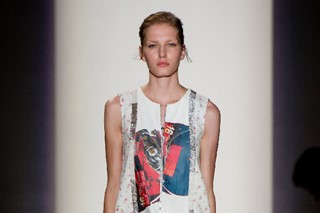 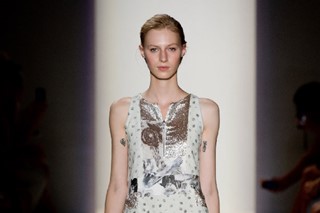 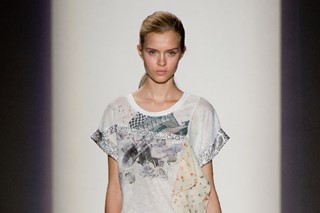 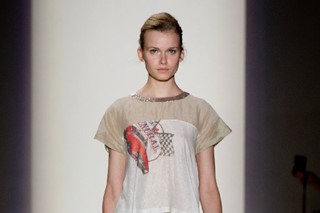 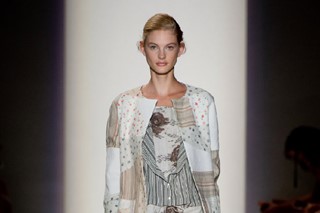 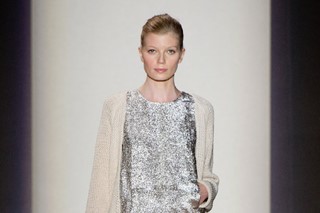 Vanessa Bruno declared: "I had this idea of Jane Birkin when she came to Paris in the 60s and she brought her London background and energy to the city. We then had fun with creating this futuristic Laura Ashley vibe. At the same time we wanted her to do be a bit rock n' roll and not too perfect, a bit messed up. It was a funny mix of things."

That funny mix of things has always worked for Vanessa Bruno who is another one of those French brands alongside Isabel Marant that understand girl's needs and will channel whatever they're feeling that season, however obscure into covetable clothes. Jane Birkin isn't that obscure but attempting to make Laura Ashley chintzy florals futuristic is. The 60s go-go cut-out boots set the tone as flashes of silver cut through the patchwork of florals. Solid shift dresses break up the print as does the instances of more rock n' roll spirited pieces such as a cardigan that tails off into a mass of raggy fringe. The patchworked florals shape up as hooded dresses, bomber jackets and little shift dresses resulting in unexpected collages that will be sure to hit the streets.