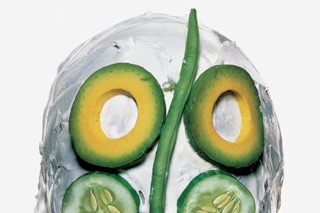 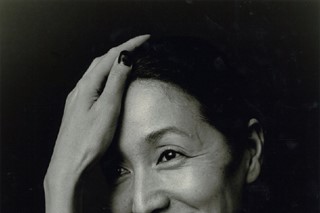 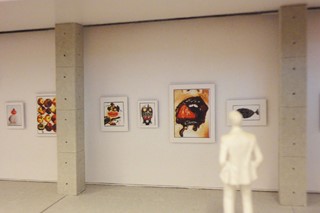 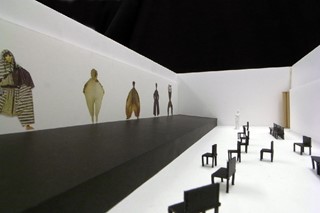 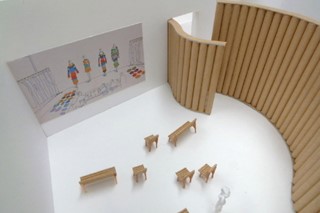 Although Issey Miyake and the legendary photographer Irving Penn came from vastly different worlds and cultures, they were responsible for one of the most creative unions in fashion, one equally as iconic as Helmut Newton’s erotically charged photograph of YSL’s “Le Smoking” tuxedo, or more recently Juergen Teller’s skewed take on the aesthetic of Marc Jacobs. This month, the 21_21 DESIGN SIGHT cultural centre in Tokyo launches Irving Penn And Issey Miyake: Visual Dialogue – a stunning document of their 13- year collaboration. Miyake came to define a radical Japanese aesthetic that shook up the fashion status quo in the 1980s and 90s.

Born in 1938, Miyake grew up in a Japan devastated by WWII, and his world was subsequently shaped by the clash of eastern and western cultures. After moving to Paris in 1965, he studied at the Chambre Syndicale de la Couture – working at Guy Laroche and Givenchy (and a short stint in New York at Geoffrey Beene) – before forming his own studio in 1970. Endlessly fascinated by the space between the human body and the clothes that encase it, Miyake frequently experimented with new fabrics and silhouettes – folding clothes in an origami-like style, or extending them far beyond the confines of the body.

Despite the fact Miyake never attended the photo sessions by Penn (nor did Penn ever go to any of Miyake’s shows) – there is an incredible visual conversation that arose between the two artists due to the complete artistic freedom afforded to Penn. The sculptural quality of Miyake’s work is boldly captured in his images – a furrow of pleats transforms a woman into an elegant slinky, or a coat is inflated like an oversize balloon. In fact, Penn noted in the introduction to his 1988 monograph, Issey Miyake: Photographs By Irving Penn: “His designs are not fashionable, but women of style are enriched by them and are made more beautiful by them.”

Under the direction of Miyake’s trusted colleague, Midori Kitamura and an installation design by architect Shigeru Ban, the exhibition features both the individual and collaborative work of the two men, along with an animated film by Pascal Roulin and original drawings by Michael Crawford. “Twice a year, after we had returned to Tokyo, Issey Miyake and I would select clothing for me to take to New York to be photographed by Mr Penn,” says Kitamura. “For me, the photo sittings were always filled with surprises.” Though ostensibly familiar with Miyake’s clothes, she would watch them transformed before Penn’s lens. “It became an entirely new world for me. Miyake would then inevitably be surprised and moved by the photos I brought back to him.” Miyake concurs with Kitamura: “I was looking for one person who could look at myclothing, hear my voice and answer me back through his own creation. Through his eyes, Penn-san reinterprets the clothes, gives them new breath, and presents them to me from a new vantage point. Penn shows me what I do.”