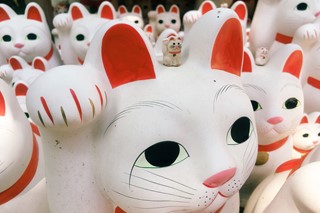 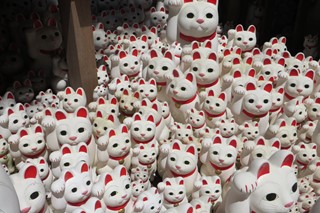 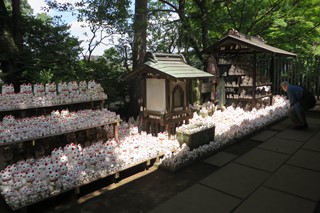 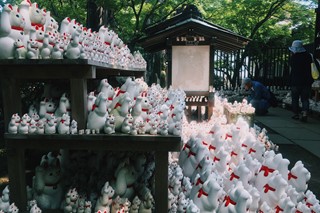 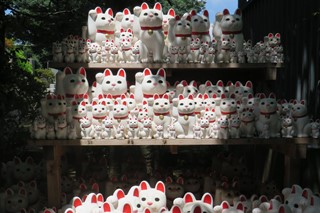 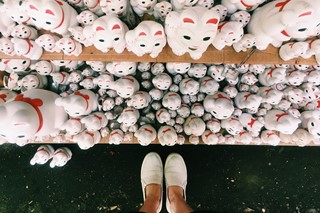 I have never liked cats. OK I’m allergic, but I also think they’re sly and selfish and prefer the unquestionable, stupid loyalty of dogs. Still, basically 80 per cent of memes are cats – the internet loves them, as a species we’re obsessed. Especially in Japan. Here there are cat cafés, cat parades and even cat islands. So it shouldn’t come much of surprise that there is a cat temple too – one filled with thousands and thousands of mini cat statues waiting to bring you luck.

The greater Tokyo metropolitan area has a population of over 36 million, and if you are a tourist new to the city then it can certainly feel like it – especially if you are hitting the popular sights listed in your guidebook. Yet while temples such as Sensō-ji in Asakusa are notoriously always busy, there are lesser-known spots with virtually no visitors that deserve as much – or more – attention. Having lived in Tokyo for over five years now, I tend to avoid the heavily populated areas and stick to the suburbs. These small stations are where you can experience a quieter side to Tokyo, and the one that I call home.

“The cat saved their lives. Grateful to the cat, the lord decided to restore the temple, and when the cat died, a statue was made in his honour”

One such station is Gotokuji on the Odakyu line. Despite being only 15 minutes from the bustling area of Shinjuku (population: 340,000 in itself), Gotokuji is a quiet collection of backstreets, bakeries, and flower shops with people going about their daily life. It’s not unlike hundreds of other small stations in Tokyo – apart from one thing. Cats. Lots of them.

Walking out of the station you soon see glimpses of the area’s fascination with all things kitty-like. Shop shutters are painted with cat murals, and colourful banners hang from street lamps. But the real feline focus of the area is Gotokuji Temple, a beautiful temple hidden away and home to thousands of maneki neko – superstitious cat statues with one paw held high that are believed to bring luck, or if you own a business, customers and cash.

You’ve probably seen these cat statues some place or other if you have travelled within Asia, and they turn up in homes across the world. Like most folktales, their origin is disputed. Some believe the figurines to have originated down in Kyoto, but one popular belief is that the white and red cat started life here in Gotokuji. As the story goes, a samurai lord was taking shelter with his men under a tree near this particular temple in Tokyo during a thunderstorm. The lord saw the temple priest’s cat beckoning to him and followed, and a moment later the tree was struck by lightning. And so the cat saved their lives. Grateful to the cat, the lord decided to restore the temple, and when the cat died, a statue was made in his honour.

Today, thousands of these cat statues rest at Gotokuji, and the temple is free to visit. You can even buy a maneki neko for yourself, or write on an ema (wooden plaque) and hang it up for luck. If you are cat-obsessed – or just want a bit of luck – make sure you pass by next time you are in Tokyo.