Despite a convincing lead star, Tupac’s long-awaited biopic struggles to do justice to the depth of a man who was more than just a rapper 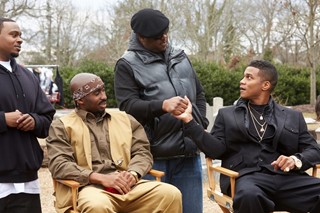 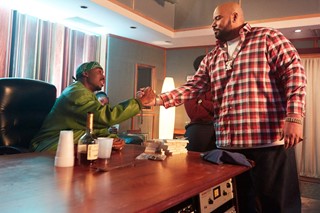 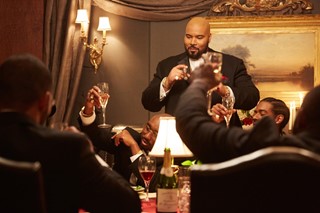 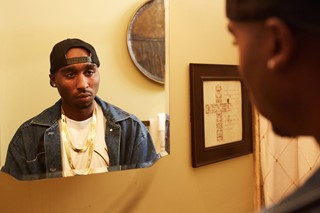 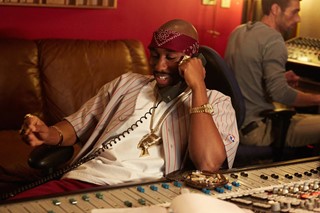 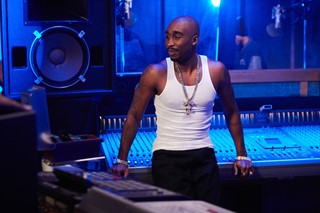 “What’s in a name?” asked William Shakespeare in his seminal play Romeo + Juliet. The poet, whose writing was introduced to Tupac Amaru Shakur by his mother during childhood, would go on to deeply influence his time as an actor, a poet, a lyricist and a man. Two decades after his death and centuries after Shakespeare’s, this question resurfaces as Tupac re-enters the spotlight with the release of All Eyez On Me, a biopic directed by Benny Boom and a film that disproves the notion that “a rose by any other name would smell as sweet”. You see, All Eyez On Me was originally the name of Tupac’s second number one album. A historic milestone for the rapper, the 1996 release featured more singles than any of his prior ones and was the world’s first double, full-length hip hop solo studio album released into the mainstream. It was his first in a three-record deal with Death Row and the last album released while he was alive.

All Eyez On Me marked a departure from 2pacalypse Now, Strictly 4 My N.I.G.G.A.Z, and, for the most part, Me Against The World. After serving a sentence for sexual assault, Tupac emerged in 1995 as the living embodiment of the “THUG LIFE” belly tattoo he’d gotten two years prior. Dealing with the trauma of a near-death shooting in 1994, various lawsuits, allegations, balancing on the brink of bankruptcy and ultimately being bailed by Suge Knight in exchange for a $3.5m contract to the villainous Death Row, it’s not hard to see why All Eyez On Me had the ingredients to become one of the greatest hip hop albums of the 90s. It took Tupac just two weeks to record its 27-tracks.

Lyrically it's a warren that leads us into the rapper’s psyche of the time, exposing the complex plurality of a poet and a self-confessed hell-raiser. From the bassline kick of “Ambitionz Az A Ridah” and its opening line – “I won't deny it, I'm a straight ridah / You don't wanna fuck with me / Got the police bustin' at me / But they can't do nothin’  to a G” – through to “Heaven Ain’t Hard To Find”, Tupac boiled down his frustrations, accomplishments, plans, observations, and prophecies, and served them flambéed, as a two-disc portion on a 24k gold platter. “All Eyez On Me”, he echoes on the album’s eponymous track – aware that if the world was watching his every move, he was going to put on a show. All Eyez On Me was his final act.

June 2017’s release of All Eyez On Me, the Tupac biopic (played by Demetrius Shipp Jr.) from the director behind music videos such as Nelly’s “Dilemma”, Nicki Minaj’s “No Frauds” and Sean Paul’s “Like Glue”, is likely to make history for very different reasons. Before the film entered production it was tied up in lawsuits – one involving Tupac’s now-passed mother Afeni Shakur, as well as another that emerged recently accusing the film of plagiarising articles published about Tupac in VIBE magazine. Director of Boyz N The Hood and Poetic Justice (which Tupac appeared in alongside Janet Jackson) John Singleton picked up and put down the script twice before walking away for good, citing major creative differences. Upon release, Boom’s version came under heavy criticism from the late rapper’s loved ones. 50 Cent called it “bullshit”, and lifetime friend and actress Jada Pinkett-Smith branded its “reimagining” of her and Tupac’s relationship “deeply hurtful”. The Internet also reacted.

Surprisingly Knight, who killed one man and injured another after driving his car onto the set of Straight Outta Compton angered over his depiction in F. Gary Gray's 2015 NWA biopic, gave the script the thumbs up (via his lawyers, due to his ongoing incarceration). Puffy did too – despite having next-to-no screen time. And while the film credits Afeni as its executive producer, at Everyman Film Festival’s London screening of the film Shipp Jr. admitted she had passed away before seeing it. He also noted that Outlawz – the 90s hip hop ground founded by Tupac – were active in helping him prepare for the role. Elsewhere, Snoop Dogg tweeted that it “told the truth” – surely if it’s been blessed by the Dogfather, someone who was very close to Tupac, then it must be gospel? But not even Snoop could remedy an audience decline of 78 per cent after its opening week in the US and a surge of unimpressed film reviews that see it released in UK theatres today with a reputation already in tatters.

Most notable is Shipp Jr.’s performance – his first ever acting gig – and even amongst Pinkett-Smith’s criticisms of the film itself, she agrees. The actor is uncanny in appearance and delivers Tupac’s cadence and mannerisms with authenticity. Initially auditioning for the role in 2011 via a Facebook casting, his success is the result of years wormholing into research and late nights watching the rapper’s video interviews and performances on repeat, allowing them to play even as he slept. The lowlights, however, are haunting. The script is poorly written. Particularly in the handling of Tupac’s rape trial – an insensitive portrayal means Tupac is cast as a fallen hero brought to his knees by a fame-hungry woman named Ayanna Jackson. Sex scenes are cheesy and the live performances are wince-inducing. For all Shipp Jr.’s heart, Boom’s desire to cram every, single thing and a failure to unpack anything is its ultimate undoing. Marketed as “The Untold Story”, in reality, the film feels like a fast-paced scroll through Tupac’s Wikipedia page.

“People who are younger, who don’t really understand the legacy of Tupac Amaru Shakur, they just go to a movie and they see a rap star. But dude was much more than a rap star” – John Singleton

Singleton voiced his frustrations on Atlanta radio station V-103: “They just made a movie; they didn't think of it as a cultural event. They didn't think of it in terms of something that affected our generation,” he said. “People who are younger, who don't really understand the legacy of Tupac Amaru Shakur, they just go to a movie and they see a rap star. But dude was much more than a rap star. So that's why I'm really upset."

Kept alive by conspiracy theories, that weird hologram, posthumous releases and the unsolved mystery of his murder, it’s unsurprising that Tupac’s life and legacy remain at godly levels. Never afraid to speak his truth, he did so across a wealth of music, footage, lyrics, writings, and poems – most of which are readily available in the public domain. This is what makes All Eyez On Me so disappointing. The nuances of Tupac’s character were ripe for the picking, and yet the film falls victim to a thinly spread script and an inability to reveal any sense of this multi-dimensionality. 1996’s All Eyez On Me was Tupac’s most accomplished album – an honest, urgent and at times concerning portrait of a rapper, an actor, a poet, and a man. 2017’s version is lost in translation. Fans of Tupac will watch it – I’ve seen it twice – and people will disagree with me on all or some of the above because that’s what Tupac did, he divided opinions. But I’m sure that what we can all agree on is that the memory of Tupac is best honoured through his own voice – a man who was never afraid to share his story.

All Eyez On Me is released in UK theatres today