James Massiah shares a poem that breaks down ideas that men should be the dominant partner during sex, with artwork from Lotte Andersen and Phoebe Collings-James 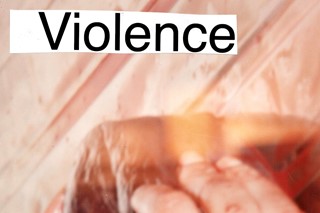 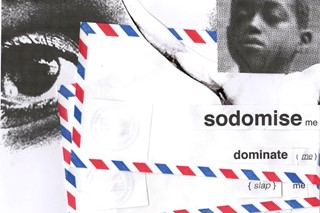 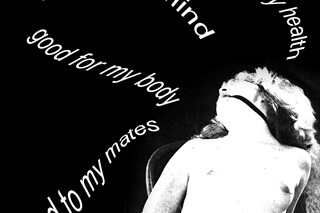 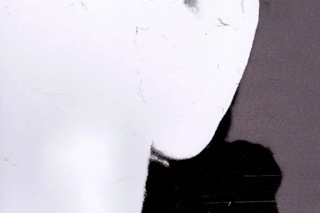 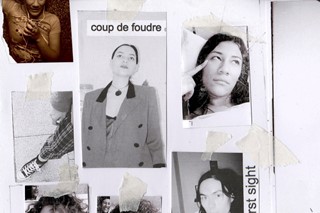 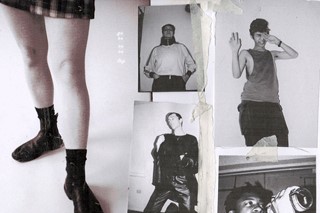 Three of London’s most thought-provoking artists come together in the name of violence. Just not in the way that it sounds. “Violence” is, in fact, the title of a short zine that centres around a poem written by James Massiah, brought to life across 11 pages by art director Lotte Andersen with a front cover by artist Phoebe Collings-James, featuring a calf’s liver being massaged.

But “Violence” is not about violence at all. And although its title was bestowed upon it by Massiah himself, if given the chance he would rename it “Half A Man” or “A Better Man”. Because, he explains, the poem’s intention “is to challenge ideas about manhood and perhaps more specifically black manhood” when it comes to sexuality.

As Massiah, Andersen and Collings-James premiere the zine in its entirety here, we ask the trio to explain more of their ideas behind “Violence”.

What are you exploring in “Violence”?

James Massiah: I wanted to explore the idea of the male as the active or primary agent in the sexual act and the idea of the black male as virile or predatory; as the aggressor. The poem looks instead at the desire to be dominated and cuckolded, perhaps more for the sake of relief from the pressures that come from thinking you have to be the leader in the relationship or specifically the leader in the sexual act. It starts off with the image of a desired masochistic sexual experience but veers off to explore impotence, infidelity, sexual anxiety, perversion, infertility, the Christian idea of the ideal family and other societal expectations of men, in both the bedroom and beyond.

What were you thinking about when writing it?

James Massiah: I'd been thinking more about what it was that I enjoyed about the poetry that I'd read, and oftentimes it was the work in which the writers offered the most explicit contradiction to conventional modes of morality and good taste that stimulated and excited me.

A lot of the writing and performance of poetry that I come across nowadays tends to be too sanitised for me to enjoy or even feel as though the writer is trying to reveal anything of interest to me. I write to capture the feelings that are difficult to express in so-called polite society. I take pleasure in being made to squirm and I wanted to write something similar, that would make a prude squirm in playing with the dichotomy between public virtue and private vice.

What was behind the decision to title it that?

James Massiah: “Violence” was only a working title, as it was intended to be part of a series called Violent Fæntasy but I ended up writing quite a few pieces for it and then selected a different poem for the final project. A more fitting title would perhaps be Half A Man or even A Better Man, as the final words of the poem and an indication of my intention with the work; to challenge ideas about manhood and perhaps more specifically black manhood.

“I write to capture the feelings that are difficult to express in so-called polite society. I take pleasure in being made to squirm” – James Massiah

Phoebe, tell us about the cover.

Phoebe Collings-James: It's a photograph from a work called “Tender Cuts” and was originally a video piece I made of my hands massaging a calf's liver. The tender cuts are those where an animal's muscles are weakest, along with the offal they are thought to be some of the most delicious parts. Which is a dichotomy that resonates, I think, with the violence in James’s poetry and Lotte's intentions for the zine.

Lotte, how did you manifest James’s words into something visual?

Lotte Andersen: What I have come to admire so much in James’s work, is how he singles words out – rendering them abstract afrom their definition. For the cover, I wanted to find an image which would bring “Violence” back to its base meaning. Phoebe’s work “Tender Cuts” conjures such a physical feeling when viewing it, it felt like the most visceral direct visual reference. I’m interested in making images that are guttural and uncomplicated – more often now I find myself trying to boil visuals down. Plus a cover has to get you, it should be self-explanatory.

What were you looking for when creating the pages and visuals for the zine?

Lotte Andersen: I think it’s really important when making visual responses to words to sit with the narrative for a moment and see what jumps out. The meter and punctuation affect how you read and understand poetry, which is something I tried to consider when placing the words on paper.

James shared some of his research which leaned towards a more classical look – greek sculptures, religious imagery. I thought it would be interesting to combine this with images I collect, which are all hyper digital. In many ways the zine feels very current, it's the sum of everything I was looking at at the time: zoomed in images of Zadie smith, photos of club kids I was shot back in December, screenshots on FaceTime with Phoebe, a tree print I made on a foundation course at Camberwell, scanned backwards.

I try and keep a thread of autobiographical diary telling throughout my work – it feels like a time piece. I love it when you can look back and see your life laid out.

"Violence" is available to order on request from the artists