Jeremy Deller and David Shrigley are among a series of commissioned artists whose work will be given out at selected stations, making the morning rush-hour more bearable

21November 2016
TextAshleigh Kane
Art for Everyone5 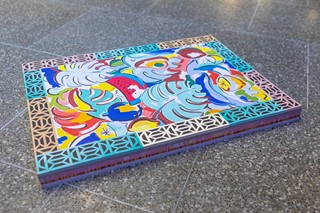 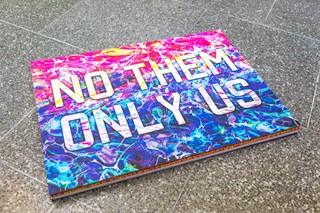 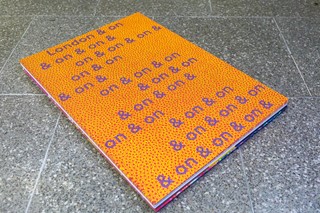 Is there a more depressing start to your day than trudging to a tube station, elbowing your way on to a packed train and riding nine stops underneath someone’s armpit to an eight-or-more-hour working day? Nope. Honestly, no, there isn’t. But there might be one day – just one, sorry – that is less depressing than the rest.

Tomorrow, in honour of Mayor of London Sadiq Khan’s London is Open campaign, free artworks from Sol Calero, Alexandre da Cunha, Jeremy Deller, David Shrigley and Mark Titchner will be handed out as posters at Tottenham Court Road, Vauxhall, Kings Cross, Shepherds Bush and Stratford. It’s reported that each station will have its own exclusive art based around themes of openness and diversity, which lie at the ethos of Khan’s initiative, launched post-Brexit as a way to reunite the city through creativity and art.

Dubbed Art for Everyone, the scheme was hatched in collaboration with Transport for London’s contemporary art programme, Art on the Underground, and builds on a major new series of artworks for the tube, launched by the mayor and Shrigley in July.

In a press release, Khan said, “Art is a hugely powerful way to say that London is open – open to creativity, open for business, open to ideas, and open to the people from across the world who have chosen to live and work here. Since July, passengers travelling on our underground network have been inspired by the brilliant artwork these leading artists have created in response to the London Is Open campaign. They have helped to remind us all, as we go about our daily commute, that despite the uncertainties around Brexit, London will remain an international city that embraces and celebrates diversity, a city where everyone is welcome, and a city that will not cut itself off from the rest of the world.”

Khan has always been vocal about his appreciation of art and culture: recently, he appointed Amy Lamé as the city’s first-ever night czar, and he still has plans to subsidise artist working spaces and establish London as a “creative capital” by 2030. All this is refreshing post-Boris Johnson, whose debatably most artistic moment remains shrouded in controversy – Anish Kapoor’s ArcelorMittal Orbit, which was intended to be a free gift to the public but ended up costing taxpayers several million pounds collectively.

The Art for Everyone posters will be handed out from 7.30am, with the first 50 commuters at each station being given Jeremy Deller tote bags – hit snooze, you lose.