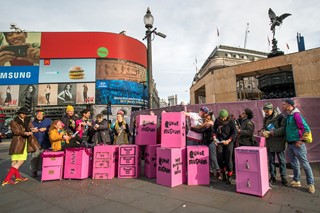 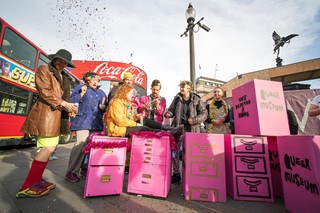 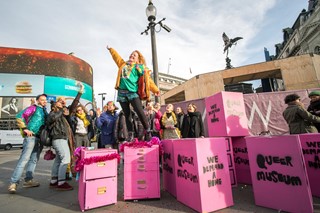 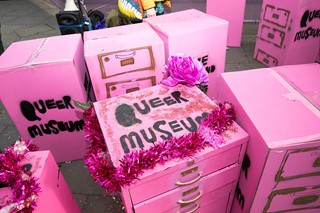 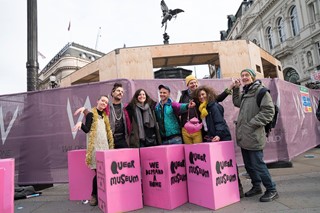 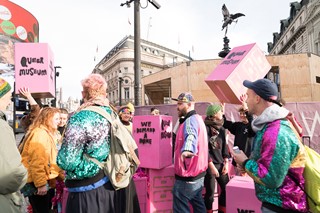 LGBTQ activists are calling for the story of London’s queer community to be given a permanent home in its own dedicated museum. Dan Glass, who has been placing pink filing cabinets in significant sites all over London, said, “We want them to say very clearly: why is our history in filing cabinets gathering dust?”

The group have chosen to place the cabinets in ten places which were particularly important for the development of London’s queer culture. They’re celebrating Victorian ‘molly houses’ (illicit meeting places for gay men) and the country’s first lesbian nightclub, as well as more recent developments: the Charing Cross Gender Clinic, which has supported the trans community since 1966, and Regent’s Park, where the first Black Pride march was held in 2006.

LGBTQ history is still on the margins of mainstream cultural institutions. Temporary exhibitions come and go; there’s no obligation to teach any LGBTQ history in schools. Glass tells me that, because of this erasure, even queer people themselves are unfamiliar with their own history. “Most people, for example, don’t know where the roots of Pride come from. They don’t know where the roots of partial decriminalisation come from. Most people don’t even know about Section 28 (of the Local Government Act, repealed in 2003, which banned the public ‘promotion’ of homosexuality). We don’t know where we came from.”

“We’re putting ourselves out there, physically, in space that hasn’t been allocated to us. We want to claim this space as ours, so we can plant our roots somewhere permanent” – Nadia Asri

Activists have chosen 2017 to launch the campaign for a queer museum because it’s the 50th anniversary of a pivotal year for British sexual history. 1967 saw both the passing of the Sexual Offences Act, which all but decriminalised male homosexuality, and the legalisation of abortion. Dan says it’s crucial that the radical tradition of queer organisation takes centre stage in the commemoration of  this landmark year. “The government’s going to try and take credit, essentially, and we can’t let that happen. Because it was activists on the ground, who dedicated their lives to the cause, who enabled decriminalisation to happen – not the government.”

Although there’s clearly much to celebrate, as we approach the 50th anniversary of the hard-fought battle for decriminalisation, London’s queer community is in a new phase of struggle. Creeping gentrification has led to the closure of some of London’s most iconic LGBT venues: Madame Jojo’s, The Joiners Arms, The Black Cap, and many others.

Dan says that the demand for a museum is part of a much broader campaign for LGBT rights and recognition: “We have no community centre, no arts centre, no museums, no comprehensive program of LGBT social housing. All these issues, and the destruction of queer spaces, are connected to the museum. All of it is very telling of the way our community is treated, and who this city is really for.”

Nadia Asri, another organiser of the event, said she wanted to follow in the footsteps of the colourful tradition of queer protest, using direct action to reclaim space. “We’re putting ourselves out there, physically, in space that hasn’t been allocated to us. We want to claim this space as ours, so we can plant our roots somewhere permanent.”