Milo Moiré was stopped by police in London during her latest performance piece, ‘Mirror Box’ 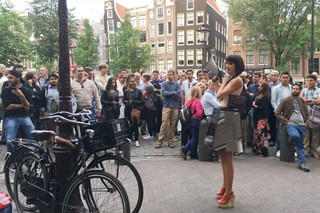 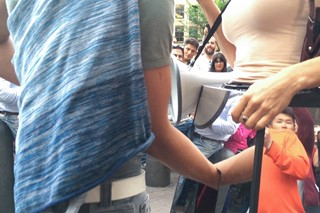 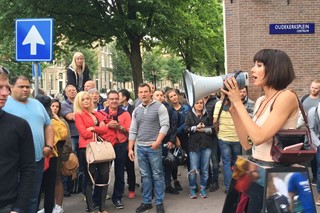 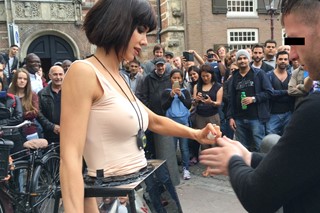 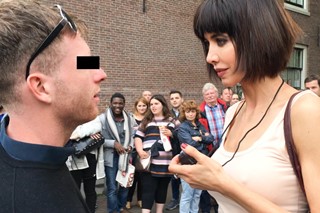 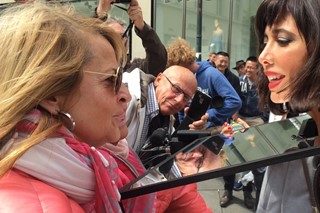 Swiss artist Milo Moiré has been arrested in London after allowing strangers to stroke her genitals for her latest performance piece.

The project, titled “Mirror Box”, saw the artist walk around various European cities with a large mirrored structure covering her body. Using a megaphone to attract attention, she would then invite strangers to stick their hands in the box, and fondle either her breasts or vagina for a 30-second period.

According to Moiré, the performance was meant to be a follow-up to her naked protest against Cologne’s New Year’s Eve sex attacks, which saw more than 1,000 women get sexually assaulted by a large group of unidentified men. This time, though, the artist wanted to give a “symbol for the consensual nature” of sexual acts.

“I am standing here today for women’s rights and sexual self-determination,” the artist declared during the first ‘Mirror Box’ performance. “Women have a sexuality, just like men have one. However, women decide for themselves when and how they want to be touched, and when they don’t.”

Moiré – who describes herself as a “conceptual artist, painter, art-amazon and psychologist” – had already taken the performance to several cities within Europe, including Amsterdam and Dusseldorf. However, it was when she arrived in London’s Trafalgar Square earlier this week that the provocation hit its peak. According to a press release issued today, the artist was arrested shortly after the performance began – with police eventually forcing her to spend 24 hours in a prison cell, and fining her for a “4-digit fine”.

“Moiré has taken the liberty of showing female desire, thus giving women a sexual voice,” the statement reads. “The audience’s reflection on the mirrored box simultaneously becomes a visual metaphor for the role reversal from voyeur to the object of view: a constant play of inversions analogous to our roles in the digital world.”

The artist, who is now out of prison, says that the arrest was an example of the lack of unity shown in Europe. Referencing Amsterdam’s liberal attitude to the same performance (apparently Dutch police only complained that the noise on the megaphone was too loud) she suggests that laws within the continent should be “regulated uniformly” should Britain keep its membership.

“The UK should remain in the EU,” she adds. “Europe is like a big family. in which you can't choose the members and you prefer some more than the other, but what Europe unites is the blood of freedom, which flows in all. Keeping Great Britain in the EU makes this family stronger.”