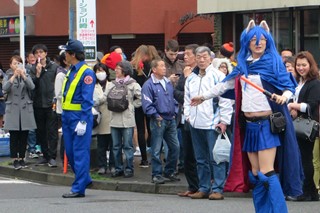 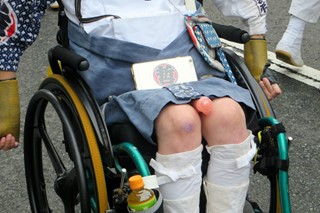 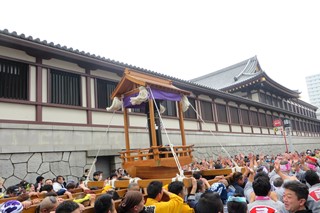 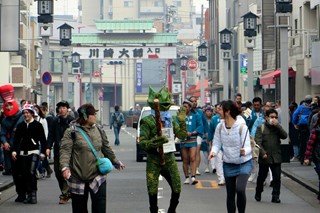 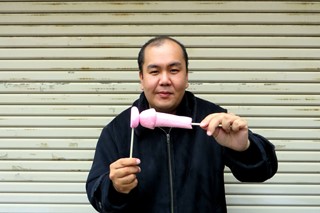 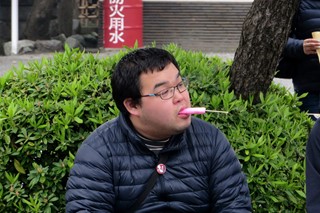 Kawasaki, Japan: 10.30am. An American woman with gold pants and a massive ass is squatting on the ground in the convenience store, clutching a beer, looking as if she’s about to throw up. I look around and see more gaijin (foreigners) in the store than Japanese. Most look like military types who have come down from Yokosuka Naval base for the day.

One guy, with a buzzcut and t-shirt that says “STRENGTH” on it, is sucking on a large pink lollipop in the shape of a penis. Others laugh and take pictures of him. I half expect one of them to shout “spring break!”, headbutt someone and then trash the place. It’s a very, very weird atmosphere.

The streets are packed. Thousands have descended upon this small Kawasaki suburb to see the Kanamara Matsuri – a festival that centres around a penis-venerating shrine; once popular with prostitutes who prayed for protection from sexually transmitted diseases. I’m wondering where all these gaijin have come from. Quite often at smaller Japanese festivals there are a handful of foreigners at the very most, but here I’d say it's verging on 50 per cent of the entire crowd.

The festival, which is meant to celebrate fertility, looks more like a hen party in Blackpool: dick paraphernalia everywhere. Dick hats. Dick lollipops. Big inflatable dicks. You get the idea. The surroundings do nothing to help the odd atmosphere. Kawasaki and other such industrial cities are grim at the best of times, but today it's raining, and apart from the pinkness of the penises, everything is grey. Groups of men in skimpy festival garb huddle together on street corners drinking cans of Strong Zero (9% strength booze ) and cheap sake.

The vibe picks up after an hour or two. A crowd of revellers carry mikoshis (portable shrines) through the streets loaded with large penis statues, while others collect money for HIV research. We stop by a Brazilian restaurant and eat meat pastries on the street while a guy in a wheelchair with a fake penis wheels on by. An old man in a garish pink dress stumbles about, followed by a guy in a green lizard suit. What the hell is going on? Where am I? The Kanamara Matsuri is quite possibly the strangest Japanese festival I have ever been to.