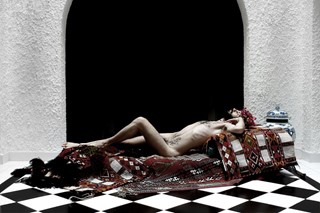 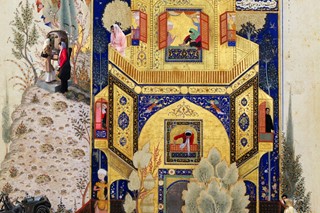 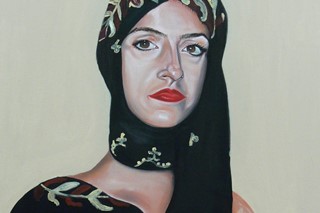 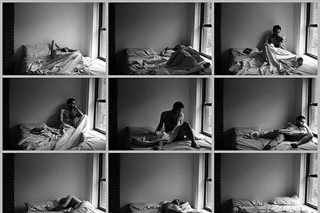 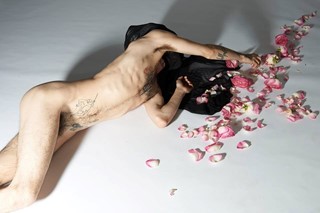 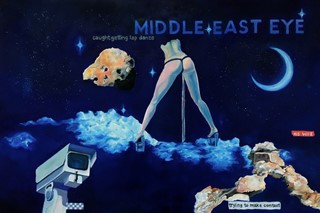 “(Queerness) and religion have never been the most comfortable of bedfellows”, penned Aimee McLaughlin last month, for a Dazed photography feature that showcased portraits of queer Muslims by photographer Samra Habib. But, combatting widespread beliefs, Habib was set on showing the world that “Islam is not a monolithic religion”. In a similar bid to deconstruct narrow understandings of Islamic cultures, a new exhibition, The Unbreakable Rope – An Exploration of Sexuality and Islam, unites ten international artists, whose diverse work flies the rainbow flag in the context of Islam. Across varied media – from painting to photography and performance – the show at London’s Free Word Centre aims “to raise discussions about free love and diverse sexuality throughout the history of Islamic cultures”, explains curator, writer and Courtauld graduate, Harry Seymour. Alongside artist Rachel Maggart, Seymour curated the show in collaboration with the Quilliam Foundation, London’s first counter-extremism think tank.

“The show is important because, with the spread of fundamentalism amongst regions of the Middle East, non-heterosexuals are being increasingly marginalised, facing prison and death via horrific methods”, underlines Seymour. Today, homosexuality is punishable by death across the Arabian peninsula. Acknowledging this systematic repression to sexual freedom, The Unbreakable Rope highlights that a walk down memory lane reveals a very different side to Islamic culture. Underpinning the exhibition – and its title – is a homoerotic poem, Love in Bloom, by the great eighth-century Arab poet Abū Nuwās. His words “the unbreakable rope” speak of an indestructible bond between two male Muslim lovers. Seymour encountered the once censored poem during his MA in Art History, recouping the phrase for the exhibition as a telling reminder that “non-heteronormative identity is not a modern or a western construct”.

Seeking to bridge the apparent gap between eastern and western customs, the artists in the exhibition negotiate the coexistence of religious identity and sexuality plurality, often by reclaiming homoerotic iconography from Islamic history. Kuwait-born, London-based artist and CSM graduate Tareq de Montfort, for example, uses his tattooed body – inked with names of Allah – to re-present sensual imagery from Kuwaiti art and literature. Other artists such as Soody Sharifi and Faiza Butt, Seymour notes, “combine elements of historical Islamic art techniques such as detailed manuscript illuminations and calligraphy, with modern concepts and imagery of love and beauty”. By integrating references to old and new, east and west, The Unbreakable Rope not only serves to dismantle those binaries, but also underlines that sexual plurality is neither bound to a time, nor a place. If it were, we might as well mention that the Ottoman Empire decriminalised homosexuality in 1858, nearly 150 years before many western states followed suit.

Your guide to a safe acid trip
Arts+CultureLightboxFeatureislamMuslimLGBTQ+Photographersexhibition Exhibitions