On the actress’s birthday, here's why we need to get over our collective 90s nostalgia and recognise that she’s never been more badass than she is now 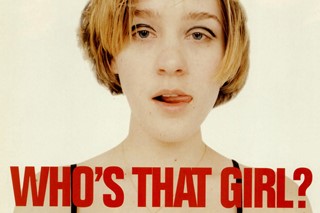 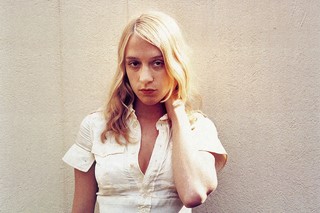 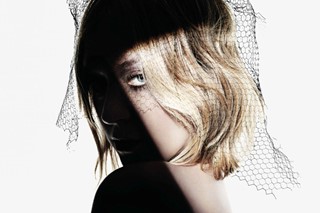 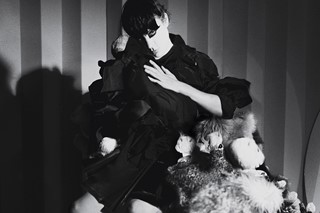 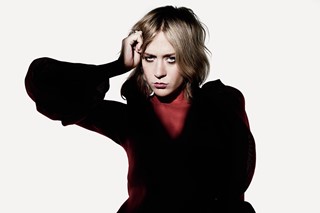 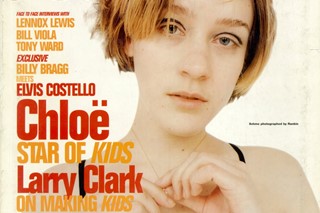 I wish I could tell you the exact moment I fell for Chloë Sevigny. But like most relationships built to last, this was no bow-and-arrow situation – instead, it's been a series of stumbling encounters with her world, umlaut-and-all, which together make for the kind of love that only gets stronger. This isn't a fleeting ‘girl’ crush, one Insta-like then on to the next. She’s a woman, I’m a woman, and it’s the real deal.

For many, introductions to Sevigny were made on a first-time viewing of Larry Clark’s seminal Kids, the sex and drugs-fuelled hurricane of a film of which the young Sevigny’s performance is the quiet, fluttering heart. In her first acting role, Sevigny completely inhabits the character of unassuming teenager Jennie – who, in a 20th-century tragedy of Greek proportions but Aids-era American realism, seals her fate after having sex just once.

By the time I came to watch Kids, I was 15. Sevigny’s debut performance had been in the world some ten years already – and was no less shocking, galvanising and life-changing for it. But in real life, the actress had already gone way beyond that vision of girlhood and its compromises. She achieved this through unexpected role choices, startlingly acted: Boys Don’t Cry, The Last Days of Disco, Harmony Korine’s Gummo (for which she also did the costume design). In the vein of individualistic actresses from previous eras – Sissy Spacek, Shelley Duvall, Karen Black – these roles explored every facet of femininity. What’s more, Sevigny came to establish her own uncompromising position in the eyes of the media that, much like those actresses, means she actually becomes a much more interesting prospect later on.

The appearance that most defined the public perception of Sevigny in the Kids era was actually in a New Yorker longread written by Jay McInerney. In it, Sevigny is the “It girl with a street-smart style and a down-low attitude” – cooler than you, but cute as a button with it. In style terms, she’s described as always ahead of other girls: having read up on the history of fashion, she knows that the latest trend is usually two steps back (and yes, there’s Yves to be found in the 99 cents store if you keep an open mind). It’s an amazing read, but can certainly be blamed for setting the mould of Sevigny as forever 19 years old: equal parts “girlish enthusiasm” and “spacey mystery”.

“Don’t get me wrong, I love 90s Sevigny as much as the next millennial who has contributed to her some 16,000 tags on Instagram... Effervescent, a little nervous, and basically trying her best, she’s the kind of cool girl you actually see a little of yourself in”

That description comes to life in an interview on Letterman a few years later, in 1998. Like a girl giving a presentation in class only to find it the funniest thing in the world, a long-haired and demurely-dressed Sevigny giggles, guffaws and clutches at her belly throughout – the kind of laugh you don’t forget in a hurry. But she’s also cracking jokes at the level of a much more seasoned performer, when Letterman gives her a chance. Shame, then, that he insistently talks about her then-boyfriend, Korine, as though she were there promoting his new movie rather than her own. At this point, she’s 23 – my age now.

Don’t get me wrong, I love 90s Chloë as much as the next millennial who has contributed to her some 16,000 tags on Instagram: there, you’ll find a crop-haired, bleary-eyed Chloë flashing her pants on the subway, or Chloë standing awkwardly next to a stunning Kate Moss backstage at Miu Miu. Effervescent, a little nervous, and basically trying her best, she’s the kind of cool girl you actually see a little of yourself in.

But when I really think about my love for Sevigny, my heart skips a beat to the 2000s. By the time I was a teenager, the enthusiastic girl was no more – instead, she was bossing the film world with risky roles that paid off (in 2010, she won a Golden Globe for her role as a Mormon’s wife in Big Love). She didn’t even need to speak in Party Monster (2003) and still made an indelible mark on that film. 2003’s The Brown Bunny, with its infamous and devastating final scene, might be her most fearless moment. On the controversy of that film’s unsimulated fellatio scene, she said, “If you’re not challenging yourself and taking risks, then what’s the point of being an artist?”

It’s around this time that Sevigny starts to truly give no fucks. It’s also when she came careening into my impressionable, adolescent view in a new way. Carving her own path of what it means to be an actress after being dropped from her agency (they described The Brown Bunny as “one step above pornography”), she went on to act in arthouse films like Demonlover (2002) and Lying (2006), and as a transsexual contract killer in under-appreciated Brit TV drama Hit & Miss (2011). Meanwhile her forays into fashion for Opening Ceremony introduced her mental scrapbook of style inspiration to a new generation.

Sevigny broke the mould of what society expects of any It girl who grows up. By doing so, she set an example for all the anti-cookie cutter actresses who followed: Kristen Stewart, Jennifer Lawrence, Jena Malone. The understanding of Sevigny in the public eye – a scattering of not-especially popular statements and controversial editorials – echoes the sentiments of Jennifer Lawrence in her feminist essay for Lena Dunham’s Lenny newsletter. “I’m over trying to find the ‘adorable’ way to state my opinion and still be likeable!” she writes. “Fuck that.”

“Sevigny broke the mould of what society expects of any It girl who grows up. By doing so, she set an example for all the anti-cookie cutter actresses who followed: Kristen Stewart, Jennifer Lawrence, Jena Malone”

Ever-daring and shape-shifting, Sevigny’s next move might be her most genius yet: her upcoming roles see her get as far away from 90s nostalgia as possible in a series of 19th century period dramas. Love & Friendship, a Jane Austen adaptation, will see her team with Whit Stillman and Kate Beckinsale again for the first time since 1998’s The Last Days of Disco (check the web, if you must, for pictures of Regency-era Sevigny looking amazing on a cigarette break). And, as revealed this month, she’s also set to join forces with Kristen Stewart on a film about alleged 19th century axe-murderer Lizzie Borden. Attention, male journalists at press junkets: ask these women whether they can breathe in their corsets at your own peril.

In a recent New Yorker feature – a kind of update on McInerney’s profile of two decades before – the interviewer tells Sevigny about a lame-sounding ‘bus yard’ party he attended the night before. I can almost hear her sigh. “I’m 40. What am I going to do, go to a party in Gowanus with like, a ‘tall boy’? But I would like to walk down the street or go to a cafe where I can look at interesting people.”

The ‘girl crush’ du jour is just like you. You know: stumbling in their gown on the way to pick up the Oscar, acting goofy for the iPhone camera. But Chloë Sevigny’s own brand of awesome has always turned on the kind of removed cool that the mainstream media has rarely been able to manipulate. Her evolution from giggling shy girl on Letterman, chattering this and that about her then-boyfriend, to 40-year-old independent spirit who refuses to go to parties with tall boys, has been one I – and so many other girls – have watched keenly. She’s not the girl you wish you were; she’s the woman you want to be.