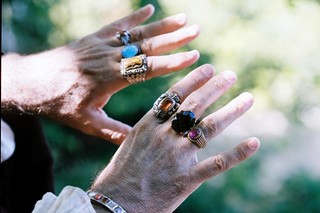 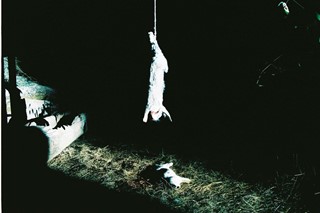 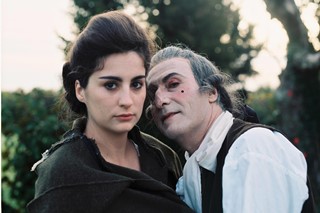 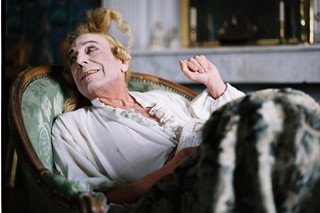 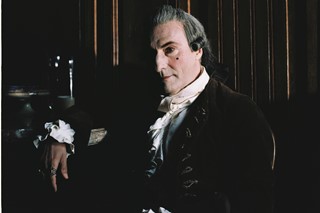 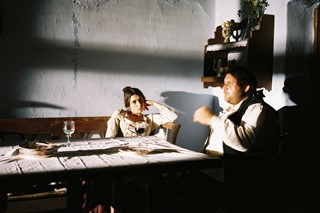 Albert Serra has a rep for bold films and brazen swagger. You need a self-assured, singular vision to pull off merging the tales of Casanova and Dracula – as the Catalan director did with stunning baroque oddity Story of My Death, in which the libertine decamps to Transylvania and is overtaken by dark forces. It won the main award at 2013’s Locarno International Film Festival, and this week opens the first major UK season of his films at London’s Tate Modern, which will also see him perform with surrealist and Throbbing Gristle collaborator Jordi Valls (aka Vagina Dentata Organ) and discuss a preview of the work he’ll be showing during the Venice Biennale. Serra’s not one to give or take advice – but if you’re looking for what makes his films glow, our conversation with him in Switzerland offered these hints.

“I make films for fun, because I love this chaos in the shooting and to break the routine of boring daily life. In some sense we achieve it, but at the same time it's based too much on compromise with fucking bureaucratic things, because it's a big industry and there's a lot of money involved. There are onscreen moments of magical beauty that can even make you cry from an aesthetic point of view – a beauty that in real life is very rare. Sometimes on a Saturday night you have good company and make an impromptu party. There is some kind of collective feeling that is very moving, but it happens by chance, and only every one or two years. You know the light is coming on the Sunday and you feel this dream disappear. These moments have not the same intensity – it's about the perception of time and space. I am not talking about psychedelic drugs, but cinema has this in a very intense way.”

DELEGATE THE BORING STUFF, GO AGAINST YOUR SENSIBILITY

“Reading books is my main influence, and for me it's essential. But writing in your house is dull, so I got into cinema. I started to read Dracula but I found it boring so I asked someone else to read it and tell me. There is a lot more of Proust and Thomas Mann, Balzac and Flaubert to read instead… But I like to always go against my ideas. Sometimes I'm asked to speak at a cultural centre or something, and why would I talk about what I already know? But it's quite usual in people. But something that's a challenge or against my sensibility is interesting. And films are not about the subject anyway, they are about something else – cinematographic things.”

“Buñuel is one of the greats. He taught me not to care about film history or tradition. He didn't follow anybody else, and nobody follows him because he has a unique style. Like me, he was not coming from the world of cinema, and he would never talk about other filmmakers. Buñuel stands alone. And this is what I want to achieve. I don’t like other filmmakers, I’m not interested, and I hate all filmmakers that came from the academy. The playful or ludic side which was very important in surrealism is completely forgotten. Nowadays nobody puts this in a serious work, because they are scared this will kill all the respectability. Serious things mixed with playful delight are difficult to find because they are too risky. We are losing the heart.”

“It doesn't make any sense to worry about distribution or recognition. I do not lose a lot of time thinking about things I cannot change. I concentrate on things I can change. My only problem is that I am not a millionaire, so I have to do something to make some money but I can tell you I will not share any second of my life with other filmmakers, that's for sure. It could be people from the street, I don't care, but not with any other filmmaker. It requires a lot of compromise always to be in the industry and you get used to this compromise. You have to be really precise and strong-willed to avoid that. Every talk and discussion is a compromise. It's like a family – it's a fact; it's not freedom.”

“Politics are beyond your control. But love, are you serious?! It's right under your nose, and it's your own feelings”

LET EVERYONE DO THEIR OWN THING

“My process of shooting a film is quite chaotic, so what arrives at the end is a little bit by chance. When we start the edit we have over a hundred hours of footage, all this mess. It’s surprising even for me, because I think that I really discover the film only when I see it. From the moment I reject communication with the actors, and even technicians in Story of My Death, this is like performance, as they aren't following any order they already have in mind. They all have their mystery inside. It's rejecting judgment on what they are doing, or that they could be asked to do something another way – every moment is unique.”

NEVER LOVE SOMEONE THAT DOESN’T LOVE YOU

“I won’t necessarily always stay living and working in Spain. But I am a little bit lazy to move, and I always go where there is somebody who loves me. You know that people fall in love with people that don't love them, but it never happened to me. I would never allow this to happen. I only love people that love me. It's not very smart, I mean how can you love somebody that hates you? Politics are beyond your control. But love, are you serious?! It's right under your nose, and it's your own feelings.”

The Divine Visionaries and Holy Fools season of Albert Serra films runs at London’s Tate Modern from 11 – 20 March; Second Run is releasing Story of My Death on DVD in June