Think gender isn’t really a thing, and people should do what they want with their bodies? Science has your back

With Dazed 100 star and readers' #1 Hari Nef leading the charge of a post-gender world at Vejas during NYFW and Laverne Cox scoring her next big screen role after the sensational Orange Is The New Black, it seems that the big wide world – or at least a bigger chunk of it – is finally tapping into the power and dynamism of the trans community. Predictably, the Catholic church remains in a cultural coma. There was a brief moment of hope for the religion when the Pope hugged a transgender man, but then he equated transgender people to nuclear weapons, and Catholicism fell into darkness once more.

While Catholicism is struggling to understand the world, its occasional sparring partner is helping trans-ambassadors reinvigorate it. Like the trans community itself, science is a powerful, moulding and unapologetic force in our society. During science’s meteoritic rise to the centre of modern culture, it fundamentally changed our attitudes of life, death, sex and religion; it’s only a matter of time until it removes gender boundaries altogether. So, how will science eradicate the gender gap? We look at the advances breaking down biological barriers for the trans community. 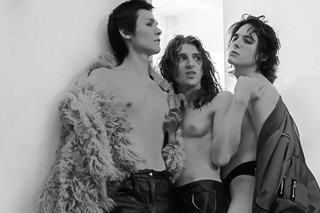 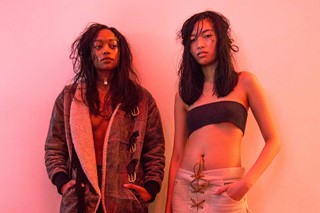 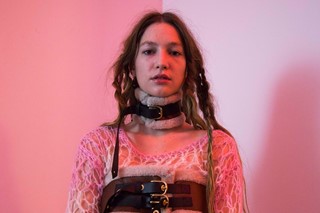 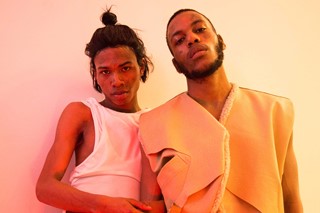 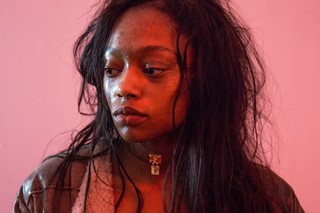 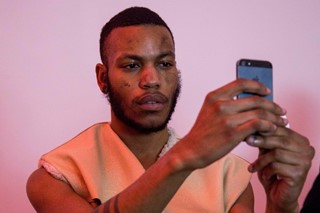 Get ready for Generation Trans. In the future, trans women may be able to opt for a post-transition pregnancy, refashioning conventional concepts of motherhood. The first steps towards this essential renovation are already taking place. Last year, the first womb-transplant baby was born to a mother who was born without a uterus. She was given one from a 61-year-old friend (yes, babies can grow in a postmenopausal womb).

The baby’s father said: “He’s no different than any other child, but he will have a good story to tell.” If the technology could be adapted for trans women, schools would never be the same again. Mothers may casually ask each other, “Are you a sperm-mum, or an egg-mum?” Meanwhile, all the children with trans mums will be boasting in the playground, the cis mum sprogs will be jealous, and our generation will be grumbling about the days without gender-neutral loos.

Unlike the Pope, our bodies aren’t fundamentally opposed to gender reassignment surgery. They are quite fussy, though; any new organs need to be biologically compatible with the old ones. Donated wombs, as beautiful as they are, can be rejected on transplantation. So, scientists would prefer to leave wombs in the bodies they grew up with and use lab-grown genitalia instead. Made-to-order organs are grown from the recipient's’ own cells, so they can be transplanted without any biological backlash. Petri-dish penises are in the development stages, but some vaginas have been transplanted already (orgasms included).

Alison Bennett’s photographic series, showcased earlier this year at Melbourne’s Deakin University, Inverto depicts an astonishing transformation enabled by hormone therapy and a double mastectomy following pregnancy. Not only is the two-year project a stunning testament to the technologies available for trans people wishing to redefine themselves, the photos themselves are a crucial part of the journey.

“Photography seems to hold a particular significance for transgender people,” Bennett says. “It’s a way of affirming their identity, for confirming that the outside looks like the inside.”

The glitchy animation represents the mental and social strains of the transgender experience as well; it is not just documenting a cosmetic change. With many insurance companies denying the psychological significance of gender reassignment, it remains important that healthcare professionals don’t see the surgery as a vanity project. The surgical therapies are now very advanced, but a debate fuelled by prejudice and ignorance is stagnating progress. In December last year, NY Governor Andrew Cuomo wrote to insurance companies banning them from refusing transgender treatments, making NY the ninth state to require the coverage. This is the kind of political leadership we need to give transgender men and women the health care they deserve; we’ve got much of the science already.

“Science wouldn’t have swayed the parents of Leelah Alcorn, the trans teen tortured with Christian conversion therapy before she took her own life. Her Tumblr suicide note offered far more insight on trans issues than any brain scan could. Science is a natural ally of trans individuals, but it can’t speak for them”

Have you ever wondered why the “gay gene” keeps making headlines, but nobody has ever looked for the “heterosexual gene”? It’s a neglected feature of modern prejudice; society seems to want biological proof of homosexuality to justify or explain its existence. Trans people are burdened in a similar way.

Still, the LGBT community tends to celebrate any “positive” scientific results because the evidence firmly states that, yes, trans people exist and they are as sane and sentient as their cis colleagues. The most recent scientific proof came from a group of brain scientists who showed that neurons determine gender identity, and that the neural wiring of trans people is somewhere between that of cis men and women.

The science circus doesn’t stop there. Next up: trans kids. Are they real? Are they lying? Please explain, science! Psychologists have indeed shown that transgender children aren’t confused about their gender identity. They’re not pretending and they’re not stupid; they do understand gender as a basic concept and they identify with their gender as faithfully as their cis playmates do.

Are these studies alienating the LGBT community by making them objects of scientific investigation, or are they promoting acceptance? Even if this kind of research nurtures understanding, science is hardly the most important voice in that process. Science wouldn’t have swayed the parents of Leelah Alcorn, the trans teen tortured with Christian conversion therapy before she took her own life. Her Tumblr suicide note offered far more insight on trans issues than any brain scan could. Science is a natural ally of trans individuals, but it can’t speak for them. Trans culture can speak for itself, and we’re all glad it’s shouting loudly. When TIME magazine landed Laverne Cox as a cover star and declared a “transgender tipping point”, the future had never looked so good.

It's LGBT History Month! Find out more about how you can celebrate here