“Trans folks are going to rise up for their moments and their money!” proclaims Nef, an NYC artist who refuses to draw lines between Tumblr and art, or club life and academia. Nef is captivating, radical and multi-talented: a cover model for Frische, performance artist and stage actress. Oh, and she’s soon to graduate from the theatre program at Columbia University. 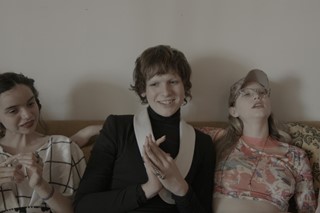 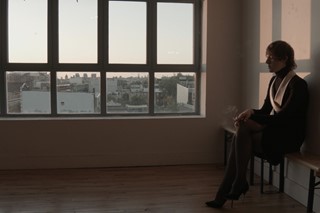 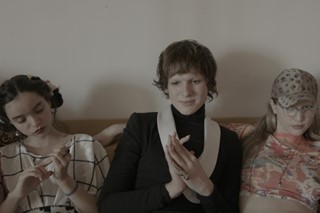 Hari Nef: When I saw that Laverne Cox was on the cover of Time magazine, I totally lost it. It was a coup for the girls!

Hari Nef: I do things in front of people.

Hari Nef: Celebrities are going to start leaking their own nudes!

Hari Nef: This is the part where I break free, ’cos I can’t resist it no more!

Hari Nef: The establishment is growing more and more afraid – paranoid. Institutions are beginning to throw money at fearlessness. Right now it’s worse to be out of touch than it is to be a rule-breaker. In 2015, I feel like a lot of deserving folks are going to get their turn.

Hari Nef: I’m grateful to be in school developing my practice as an actor. In that process, it’s difficult to say that you’ve definitively “learned” something. This year, I worked on listening. It’s something I took with me outside of the studio.

Who's an unsung cultural hero that you discovered this year?

Hari Nef: Vejas Kruszewski, a 17-year-old designer from Montreal. We met on Tumblr and collaborate whenever he’s in New York, which is more and more often. I’ve informally claimed him as one of my “daughters”. Vejas is young, but has a profound intuition for luxury. I can’t wait to see what he does and where he goes over the next few years.