As the General Election looms, seven artist-curators rummage through Britain’s art and ephemera collections to trace our national identity 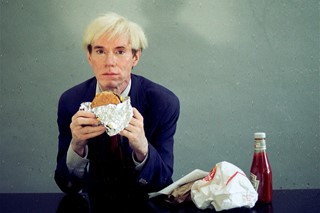 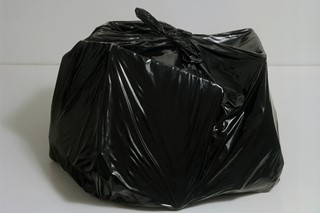 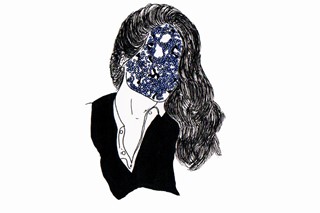 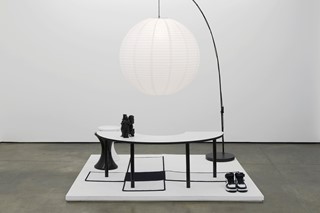 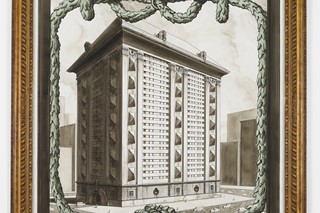 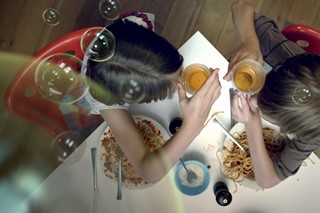 Without wanting to sound over dramatic – our current political climate has pretty much gone to the dogs. But, times are changing (hopefully) as the lead up to the general election (again, hopefully) promises to bring about the change needed for Britain to push forward. It’s not like we haven’t been in the shit before, think: post-Thatcherite Britain, ‘mad cow’ disease, the Cold War and the many, many protests and riots that we’ve seen rise up in a tidal wave of anger – for both good and bad, productive and unproductive reasons. Luckily, art and its artists have been there capturing it all on canvas, clothing, celluloid and any other creative means necessary. History is Now is a new exhibition reflecting on these times by pulling in seven artist-curators, including John Akomfrah, Simon Fujiwara, Roger Hiorns, Hannah Starkey, Richard Wentworth, and Jane and Louise Wilson, to rummage through Britain’s cultural ephemera – searching everywhere from Government archives to gallery collections.

With all seven names hailing from different backgrounds and perspectives, each come together in the hunt for art – featuring works from David Hockney to Nigella Lawson and documents from the British Cattle Movement Service – to represent the modern face of Britain, studying the past and attempting to pinpoint just how we got here, wherever that ‘here’ is. As the show opens its doors today, we speak to British artist and 2009 Turner Prize nominee, Hiorns, whose collection explores the histories of Bovine spongiform encephalopathy (BSE) and variant Creutzfeldt-Jakob disease (vCJD), as well as  bio-medical research, healthcare and agriculture, amongst other related topics, and British/Japanese artist Fujiwara, whose collection of material looks into manifestations of optimism in late capitalism, post-Thatcherite society and celebrity culture, to name a few.

Where did you find the ephemera that makes up your collection?

Roger Hiorns: Archive material from the Wellcome foundation, and from Government archives. Much of this material has never seen the light of day.

Simon Fujiwara: The section I have curated began with one object and lead to another and another. It began with the image of the brooms that people used to clean after the London riots. In the media they were held aloft, in the air, to symbolise unity against the 'enemy within' but also positivity at the possibility of a community action. This double-edged reaction was what I sought in the works that followed, where no object can be taken at face value, despite their being seductive or posing as surfaces.

What do you think your selection says about Britain and art?

Roger Hiorns: That power can be picked up from the street by all of us. That materials of excess governmental power can be discarded at the top and so used by us at street level. It's a question of looking for excess power effectively and how we reuse this power. The activities of protest are now anticipated by authority, so we must look deeper into new techniques of action. I see this show in the tradition of revealing.

Simon Fujiwara: My intention was to capture the spirit of a specific kind of image of the country that exists in an immaterial realm, somewhere between our imaginations, the media and newspapers, advertising, government policies, market forces, individual desires, and present them anthropologically, to simply lay them out and see what happens when the narrative on which much of these objects really is stripped away.

How do you think your selection overall has contributed to where we are today; socially, politically and artistically?

Roger Hiorns: I wanted to set a new and untouched boundary with this exhibition; political art is usually mild posturing and usually a reheat of long drawn out theory, so for once I wanted to present a slice of worldly truth. To reframe a set of ineffective and corrupting decisions made by a group of ministers in the 80s and 90s. Their decisions led to a high proportion of the population being infected by a new and potentially fatal disease [‘mad cow’ disease].

Simon Fujiwara: The objects in my section are things that I believe could not have been created at any other time in history. That's not necessarily their material story but the narrative that surrounds them which is meaningful to us living within our culture, but might mean nothing in 100, or even 50 or 20, years. My section is dealing with the now, and I want to understand how these things are affecting us currently. All of the objects in this section are under scrutiny, but in the presentation I wanted to return them to the innocence of their materials, their 'thingness'.

What, in your personal opinion, was Britain's defining era?

Roger Hiorns: The one we live in, it's an interesting moment in our history. We are rightfully questioning of present and past authority, around the the threadbare edges of this country's weak governance we can collectively move into a less corrupting age. We certainly have the tools and means to do so.

History is Now is on until 26 April, 2015 at the Southbank Centre, click here for more