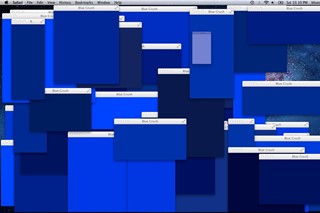 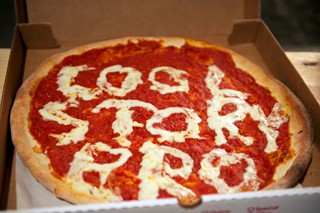 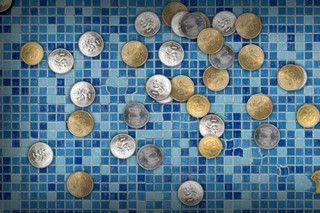 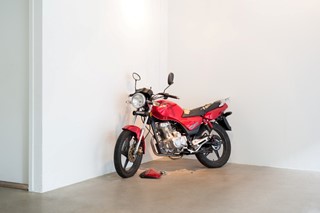 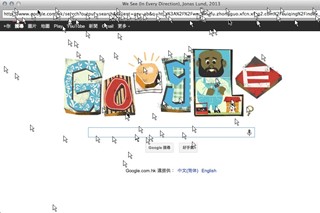 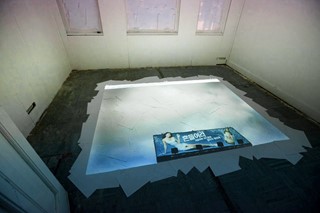 This Saturday at London’s Barbican Centre, seven pairs of internationally acclaimed artists and technologists will be bundled into a conference room and asked to achieve the impossible: make something truly new.

It’s the first international iteration of Rhizome’s celebrated Seven on Seven conference and the results of these collaborations will be unveiled the following day to the other teams and a crowd of discerning onlookers. The pressure to come up with something good is overwhelming.

Dazed spoke to one of the artist-technologist pairs, Jonas Lund and Michelle You, in anticipation of their weekend together as creators. Lund is a Swedish artist known for his playful take on net art (Dazed profiled his interactive browser project We See In Every Direction) while You is co-founder and chief product officer at music sharing site Songkick. As with all the pairs, the potential for something truly radical to come out of this combination is clearly present. However, the question for everyone, including Lund and You, is still currently: what will it be?

I was obsessed with that uncanny sense of using the internet with other people, that weird serendipity of togetherness, which is so unfamiliar when you’re online

“I’m apprehensive that we only get one day to come up with something interesting,” says You, “but I’m sure it’ll be an issue of too many ideas and needing to focus on one. Being a Project Runway addict, I know that time management is always the thing that bites them in the ass. With only 24 hours, I imagine it’ll be similar for us.”

Lund chips in with a reassuring comment. He’s a “fan of speed projects” and adds, “if we stay cool, 24 hours is a really long time to make something that will wow the judges and blow their socks off.” There aren’t actually any official judges involved, he admits, but that the projects will ultimately be scrutinised by an audience of well-known peers is clearly a good enough equivalent to induce adrenalin.

As you would expect from two savvy 21st century artist-technologist types, Lund and You have Googled each other extensively prior to the event.

“I found out that Virgin Media isn’t behaving well on Twitter,” comments Lund, “and that Michelle has 55 more followers than me.” Meanwhile, You got lost in Lund’s Paint Your Pizza project. “I have been telling everyone that I get to work with someone who actually made a pizza out of a Teenage Mutant Ninja Turtle’s face,” she says.

So what will this meeting of minds lead to? Interestingly, it sounds as though Lund and You have been thinking along similar lines as they prepare ideas for the Barbican event. Both have considered approaching the issue of missing out.

Commenting on friends who stay away from Facebook, Twitter and other networks, You expresses a concern: “They’re being left behind culturally - there are references they don’t understand because they’ve never used Facebook or Instagram.” Being able to put herself in other people’s shoes, she adds, is one of her gifts that informs her daily work at Songkick.

Separately, Lund wonders whether those who worry, chronically, that they are still not as up-to-date as they should be, would benefit from some kind of “predictive algorithm” that might defeat their dreaded FOMO once and for all.

When asked whether an interactive online project like Lund’s We See in Every Direction might result, You agrees that producing something along those lines would be rad.

“When Turntable.fm first launched,” explains You, “I was obsessed with that uncanny sense of using the internet with other people, that weird serendipity of togetherness, which is so unfamiliar when you’re online. Watching some of the videos of We See in Every Direction, it’s fascinating that people’s first impulse is to communicate with each other and type in any text field to talk to each other.”

Neither wish to commit to anything too concrete at this stage, however, and Lund says he’s hesitant to speculate too much about the final outcome, knowing that the joy of collaborating spontaneously would be a shame to spoil.

He does add this, however: “I think we both have a pretty deep understanding of the internet, its users and the network based culture we’re living in - but from two very different angles, both on and offline.” He adds, “It’s from there that the really interesting conversations will start.”

Rhizome's Seven on Seven conference is taking place on 27 October at the Barbican Centre, London. Tickets are available here: rhizome.org/sevenonseven