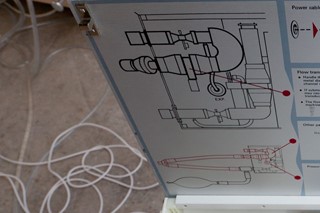 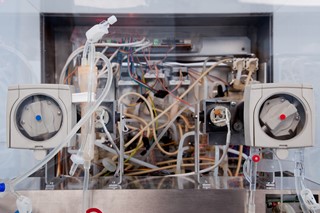 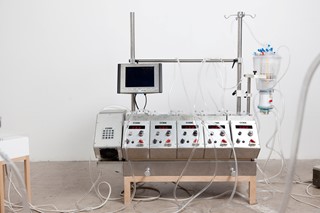 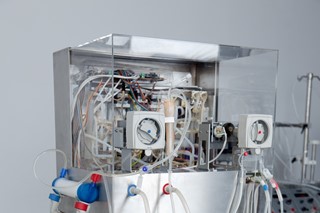 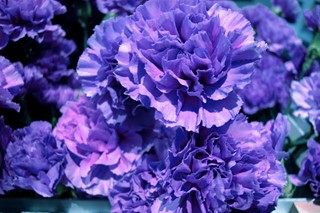 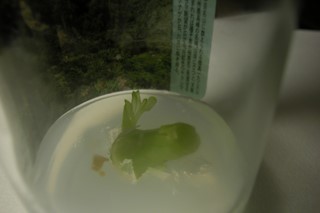 In part 1 of this feature we learned of BioArt's evolution from the  Tissue Culture and Art Project (TCA) into city cleansing pigeon shit and bullet stopping skin grafts.

The Hackteria flavour of bioart and biotech education is particularly visible in Indonesia, where sister organisation Lifepatch complements the bioart residencies hosted by media-art lab the House of Natural Fiber (HONF), helping underfunded school students with such ingenious hacks as converting a webcam into a functioning microscope. At HONF in 2010, Julian Abraham and others initiated a project aimed at creating a safe form of fermentation based on tropical fruit, after the Indonesian government raised prohibitively high duties on alcohol. After leaving HONF, Abraham continued the theme, creating sound-based bioart pieces under the name Kapitän Biopunk. He provided workshops in homebrewing alcohol to accompany his Fermentation Madness, a sound-art piece that converts the processes of fermentation into an interactive soundscape

A focus on fermentation broadens the definition of bioart to include cultural practices of biomanipulation.  Abraham mischieviously notes that “it gives you direct feedback: you can taste the product of your artistic experiment”. Bioart theorist George Gessert points to the artificial selection inherent to decorative plant species as an early instance of bioart practice. Indeed many bioartists are fond of referring back to Edward Steichen's 1936 Exhibition of Delphinium Blooms in the MOMA as the 'first' BioArt exhibition.  Ornamental plant breeding and fermentation could perhaps be better designated as bioartisinal.  In a similar vein, the work of Michiko Nitta and Michael Burton unearths the artistic potential of contemporary horticultural technology. Working in collaboration with an opera singer they crossbred operatic vocals with the sustainability focusedtechnology of aquaponics rigs. The exhaled breath of an opera singer feeds algae, which was later prepared as snacks for the audience. Differing songs produced varying amounts of exhaled CO2, which resulted in a different flavour for each snack.

Appreciating this cultural ancestry is a reminder that bioartists need not be obsessively preoccupied with the latest biotechnological advances.  Looked at from one angle the processes underpinning genetically modifying organisms are souped up husbandry and artificial selection (which may explain why the Golden Nica in Hybrid Art has been awarded to a genius piece of conceptual art exploring arts mediating role in those very processes, entitled the Cosmopolitan Chicken Project). But insidious elements differentiate GM products from 'pure' bioartisinal activities. Intellectual property problems blight GM foods, seeds and plants. We can expect the patent disputes played out between Apple and Samsung, such as the tit for tat lawsuits over user experience intellectual property (IP) (which even saw Samsung invoke Stanley Kubrick’s 2001 as a legal defense) to be restaged ad nauseum between biotechnological corporations in coming years, albeit with far weightier consequences. Such conflict is fertile territory for bioart provocateurs, as illustrated by Georg Tremmel and Shiho Fukuhara's “Common Flowers / Flower Commons” project. “We felt that the discussion regarding genetically-modified crops and plants was not getting the attention it should in Japan” Shiho Fukuhara informs me. Together they used DIYbio techniques to reverse engineer the first commercially available genetically modified flower, the blue petalled “Moondust” carnation: an ornamental plant engineered by the Suntory Corporation. They later released their cloned flowers into the wild with an accompanying 'how-to clone' guide. Their work pitted the forces of nature against the intellectual property imperatives of the Suntory Corporation.

Tremmel and Fukuhara can consider themselves lucky that retribution hasn't hit them harder. Among bioart circles the cautionary tale is forever the terror that was visited upon Steve Kurtz. In the wake of 9/11, an FBI emboldened by the Patriot Act targeted Steve in the wake of his wifes death. Steve was and is a prominent member of tactical media provocateurs Critical Art Ensemble, and at the time of his wifes passing she and Steve were working on a GM agriculture project for  Massachuesets Museum of Contempoary Art, The FBI initially held Gurtz on suspicion of bioterrorism before later prosecuting him for mail and wire fraud (the former carrying an increased maximum sentence of 20 years, post patriot act). The one silver lining in this horrific episode was that the international art community rallied around Steve and ensured that the bogus case brought against him could be fought.

Bioart, bioartisinal practices and DIYBio share one prerequisite:  patience. Nurit Bar-Shai considers this a strength: “since it is a very elaborate practice, which requires dedication and patience, most of the work that comes out are thoughtful and significant!”. That is certainly true of the remarkable work of Calgary based poet Christian Bök. His Xenotext Project, ongoing for the past 10 years, explores how to write poetry in the language of DNA by encoding poetic stanzas into the genome of a bacteria: a poem written within a living organism. The work is close to completion, as Bök works on the final hurdle of encoding it into a marine bacteria capable of surviving extreme temperature. Bök encoded a 14 line stanza into a gene, using a cipher that maps the Roman alphabet to the GATC alphabet of DNA. The bacterias cellular machinery read this DNA sequence and, in response, generates a protein, whose sequence of amino acids enciphers an accompanying 14 line poem whose opening couplet reads: "the faery is rosy / of glow". When the poetic protein is completely produced in the cell it emits a fluorescent light, underscoring the call and response poetry between DNA and protein, and referencing lines of verse enciphered in amino acids.

One mans poetry can be anothers graffiti, and scrawling graffiti into genomes is not just the domain of artists. Craig Venter, a giant of the genetic biotechnologies field, famously stored  watermark messages in the 'Mycoplasma Laboratorium' bacteria: the first organism whose entire genetic code was artificially composed . Venter and his colleagues programmed a genome using software, and uploaded the genetic software (the DNA) to a genetically vacant cell, whereupon “synthetic life” booted up into existence. The messages nestled away in the code included “what I cannot build, I cannot understand”, a misappropriation of physician Richard Feynman’s famous “what I cannot create, I do not understand”. (Venter has since corrected the genetic code to reflect the original phrasing.) Electron micrograph photography of Mycoplasma Laboratorium was recently exhibited at CUT PASTE GROW‎, a collaboration between curator William Myers, NYC gallery The Observatory Room and Genspace co-founders Daniel Grushkin and Nurit Bar-Shai. Scientific milestones are exhibited alongside open sourced MoonDust Carnations and selectively bred space faring flies. One such crossover figure is Simon park, a microbiologist turned artist whose artworks involve painted compositions with the bacteria as pigments. “Many of my collegues think that I've turned to the 'dark side'”, before adding that “I find the micobrial world sublime, and through my art I strive to communicate its complexity sophistication and impact!

CUT PASTE GROW encapsulated the cross talk of science, biohacking communities and artworks that todays BioArt encompasses. Such collaborations could become the norm, with the first Dutch Wetlab opening its doors in the Waag last weekend just in time to host the annual European DIYbio meetup. Shiho Fukuhara  thinks that “getting access to a fully functioning lab and being able to utilize all it’s tools can be quite a barrier and ‘amateur biohacking’ can help surmount this barrier.” Jalia Essadi believes that “for an artist to truly reflect she needs to engage with the actual materials. These days the knowledge and tools are becoming more accessible. DIYbio labs offer a different approach to the professional environment and a lot of pioneering work in this field will be done in community run biohacking spaces.” However Simon Park is a little more circumspect in his appraisal: “DIYBio and Citizen Science are great, but often it just mimics the work of scientist to allow public access to the process. I think art should offer something more than this, so I don't see DIYBio as art. The diversity of approaches means that the definition of bioart remains accordingly fluid. Andy Gracie, another co-founder of Hackteria, feels that “bioart now includes artists who use biological material as maybe one element of a wider piece of work, not using the manipulation or reappropriation of that material as the sole focus”. Works like Revital Cohen's 'The Immortal' go a step further – all biological matter is deliberately abstracted. A series of life-support machines connect to each other, circulating air and liquids in an attempt to mimic a biological structure. It's a reflection on the dominant, mechanistic, view of life enshrined in todays bioscience, with synthetic biology the most explicit exponent. But where is the art amidst this commentary? Jennifer Willet feels that “bioart is an exploration of life as media through contemporary art”, echoing the additional qualities that an artistic disposition can bring to the life science. Marc Dusseiler and Andy Gracie offered that “art has always been particularly good at confronting complex multiple narratives. Society lags behind the modernized perception of nature which is in place in the life sciences. Bioarts and Biohacking can induce a paradigm shift of how nature is perceived by the public.”