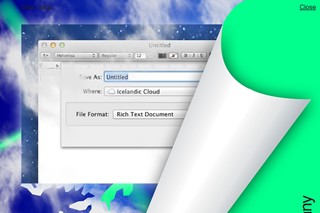 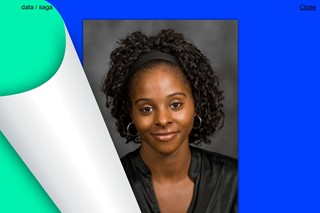 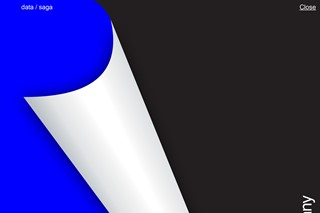 Exclusively for Dazed & Confused, Metahaven, the art world’s favorite graphic designers have joined forces with Icelandic/Irish innovator and founding member of the Icelandic Pirate Party, Smári McCarthy, to produce a five point guide through our current Internet culture, taking stock of the present and moving forwards, towards a better future for us all.

Smári: Hacker culture is all about being able to learn and experience and interact. It takes an "anything goes" approach to altering reality. A hacker is somebody who has read-write-execute permissions on the universe. Within this mindset there is no right and wrong - such moral judgements are separate from hacker culture, and although hackers might argue heavily about what is right and wrong, they will all agree that tinkering is a good idea. A side effect of this is an incredibly liberal attitude towards almost everything. Once you recognize moral relativism for what it is, then we can move forward to do more interesting things than opining at each other, such as working together to build better communities. The free exchange of information is a necessary precondition for this.

Daniel & Vinca: Power today is designed to exclude as many people as possible from its operating system, its code. This is not about politicians tweeting. It's about the nature and structure of collective decision making and self-governance.

Smári: We have almost no control over our societies, the governance of almost every aspect of our lives has been relegated to centralized authorities that have entirely disjoint value systems from the general public. We need to take the hacker mindset and apply it to our governance. Each person shall be free to tinker, none shall limit the actions of another on the basis of moral superiority.

Daniel & Vinca: Many of the early Internet's dreams and hopes have been re-rendered as threats to the State. The State in turn is in an all-out conflict against shapeless, abstract dangers, some of which are imaginary. An enemy nowadays is dangerous because it has no contour and is asymmetrical to institutions. The internet has no contour—so it is a potential enemy to all powers in need of conflict.

Smári: Most of our rights and liberties didn't exactly emerge naturally, they were simply presupposed by early users of the net. The Mentor put it nicely: "We exist without skin color, without nationality, without religious bias..." Human rights weren't so much emergent as they were simply unavoidable to begin with. This stopped being true at the point in time when governments started to try to inflict moral and legal values onto our communications. We netizens keep trying to say, look, the rule of law is good, but we think it's a fundamentally bad idea to tell people what they can and cannot communicate with each other. Regulation should happen in reality, not on the network.

4. Weapons of the Imagination.

Daniel & Vinca: Anonymity and pseudonymity are human rights. The "nom de guerre" and the "nom de plume" are classic weapons of the imagination. Thus they are part of the way humans fight against the inevitable. Masks are necessary and they will always be there. We don't believe in "real name accountability." People already cheat and lie all the time, and they get away with it. You can be Dick Cheney, operate under your "real name," and no one holds you to account. The notion of real name accountability pretends to be inspired by people taking better care of their reputation, but it actually fulfills all the needs of an administrative bureaucracy.

Smári: There's nothing surprising about wanting privacy. It is very human to want to be able to do certain things without scrutiny from moral superiors. This is why the young people left the farms to go to the cities - it's impossible to become an adult under adult supervision.

Smári: We're already seeing a lot of undercurrent, a lot of people becoming increasingly annoyed at the level of manipulation they are subjected to. Eventually there'll be a tsunami of anger over violations of privacy and the right to free speech. Historically, these have happened every century or two, from peasant revolts to the French and American revolutions. Each time, certain important improvements are made to society, but then things go pretty much back to where they were. The Arab Spring looked like it was going to be the harbinger of that transition, but it turns out organizing a global uprising is more complex when anybody on the planet can communicate in milliseconds than when traversing the world takes years.

Daniel & Vinca: We are not out to merely change things "online." Politically the network is not a separate sphere but, indeed, a surface touching and influencing and interacting with all other realities. More centralized control over the Internet limits the collective agency of people who use the network. The ultimate point of the networked collective is to make changes in reality, and that a more controlled network renders it less capable of doing so. Reforming the OS of power—"taking the hacker mindset and applying it to governance" as Smári says—is an important to do, but we should be mindful that the centralized power that we feel is exercised over us doesn't in reality have a proper center—it is itself a network, a Game of Thrones.

Daniel van der Velden and Vinca Kruk are the founders of Metahaven, a strategic design studio involved with forward-thinking approaches to branding and identity, operating on the cutting blade between communication, aesthetics, and politics.