James Early, a founding member of the Peckham-based art collective, chats subversion, advertising and art in the digital landscape 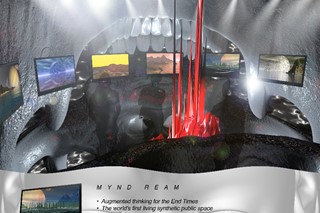 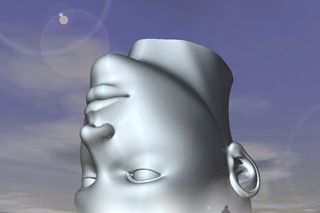 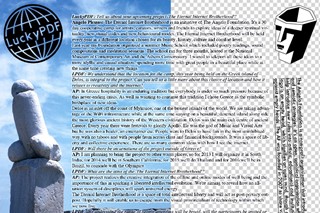 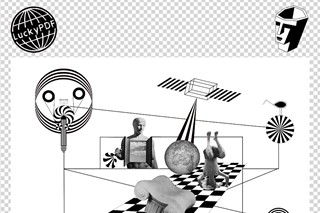 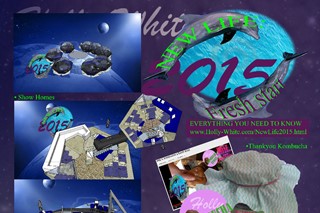 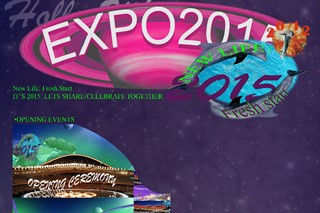 Founded in 2009 by John Hill, Ollie Hogan, Yuri Pattison and James Early, in just three years LuckyPDF have become internationally known for their zeitgeist leading collaborative projects, taking on a discourse surrounding social media and advertising and their relationship to art.

Working across varying digital platforms, online TV, Internet interventions and live events, the collective have instilled themselves as an artists group with a distinctly contemporary understanding of social culture. Often working with other artists to jointly convey their message, Lucky PDF have shown at galleries, museums and biennial's worldwide including the Tate Modern, Accademia Di Belle Arti during the 2011 Venice Biennial and as part of Frieze Art Fair Projects the same year.

Intrigued by their ideas, in March, Dazed & Confused set them the task of taking the very digitally based concepts of LuckyPDF and translating them to the pages of a magazine. Offering them a residency, they have decided to present a series of exhibitions, working with various artists to create site-specific works for each issue. We caught up with founder James Early to talk about the importance of IRL, the conceptual side of how many 'likes' you get and the future of art and advertising.

Dazed Digital: Can you tell me how the residency in Dazed & Confused evolved?
James Early: We weren’t giving a journalistic contribution, but were more interested in how content can sit autonomously within a magazine. The most obvious examples of this are adverts, which are associated with a magazine’s style and vision, but essentially remain outside of it. We asked three artists what their ‘dream’ exhibition would be. Then in conversation with us, they created adverts for these imagined exhibitions.

DD: You base a lot of your work around the internet and the digital landscape. How did you translate that concept into a printed publication?
James Early: Social networking has helped us to realise how important IRL (In Real Life/offline) interaction is for making meaningful connections with people. This residency dealt with this idea. We know all the artists personally. These imagined exhibitions play with the points at which ideas and physical space meet, just like the internet.

DD: You have curated the pages as a series of exhibitions focusing on different artists. How did you go about selecting?
James Early: We wanted to work with artists who we thought could produce something unique but who might not be used to working in print. Angelo Plessas, Daniel Swan and Holly White all work at creating other-worlds that negotiate art, technology and wider culture.

DD: Were you interested in the subversion of a commercial publication through the placement of an artists work as advertising, next to advertising itself?
James Early: Advertising is something we’re always exploring, we’re interested in the politics of advertising, we’d like to legitimise artists working with advertising further. We think there should be a greater claiming of the images, corporate identities and the marketing strategies that adverts use. Infiltrating these areas, and providing models of how to do these things yourself has the potential to disrupt the power relations of image production and distribution.

DD: What did you want to communicate to the Dazed audience through your artist choices?
James Early: We set up systems that people can use. All our work is aimed at everyone, however we’re much more interested in learning together. So we picked the artists that we thought we would learn the most from and who we thought would benefit the most from being involved.

DD: Your work is very much centred on collaboration...
James Early: We think the best way of learning and developing is peer to peer with others but it’s about negotiation, restricting each other and taking as much as giving.

DD: Do you see it as a comment on the vanishing distinctions in ownership that have become common through the use of the Internet and the production of digital work?
James Early: Yes, a lot of ‘us’ have formed vast semi-professional online networks, whether that be Facebook friends or Twitter followers, we share content, products, ideas and opinions on a daily basis. Perhaps this makes us more liberal on ownership as work comes through feed back loops effectively made by the zeitgiest. Also, maybe importance or relevance isn’t the owner of the voice, but the walls in which the voice echoes against. Maybe it is how many 'likes' that matters now. So, in that sense, we’re moving to a space where group ownership is the value or the power.