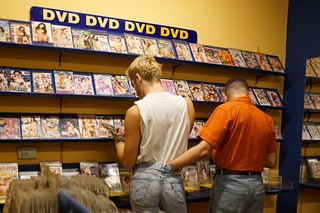 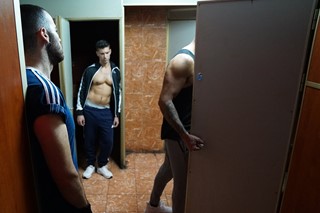 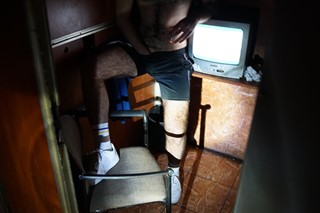 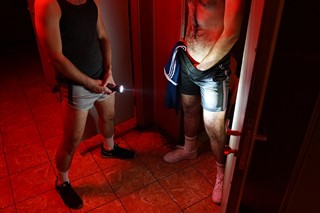 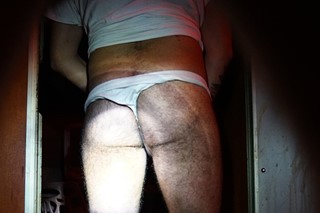 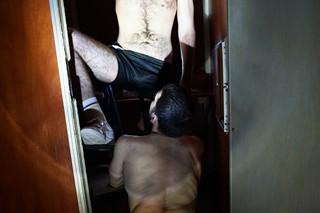 He also explains the title, A Faggot’s Destiny, which originates from a poem he wrote in 2016. Using the word “faggot” is an act of reclamation and healing for the photographer, whose reappropriation of this term of abuse – hurled at him so frequently during his youth – feels to him like a way of overcoming his oppressors.

I strongly believe that they’re still taboo to many. Unfortunately, Greeks were most sexually liberated during antiquity whereas now, sex work is, for most professionals, considered illicit.

Who might you encounter at the booths? Or is it difficult to characterise the people who frequent them?

What does the title A Faggot’s Destiny mean to you? How did you come up with the name? Can you tell us about your decision to use a derogatory term?

Helias Doulis: The title A Faggot’s Destiny comes from a poem of mine written back in 2016 called η μοίρα του πούστη. It‘s about a short love affair between two young men who meet at an outdoor movie theatre in central Athens and then lustfully fuck behind a truck at midnight.

I thought for once I could call myself the name they used to call me at school when I had no idea what ‘faggot’ really meant. Gay men do use the term often when they refer to other gay men, but it’s the history that differs; it’s the angle and tone of voice that differs. It does feel hypocritical at times, but we’ve come to the other side of the very same bullying spectrum and overcome our oppressors by putting an end to what they once made us feel like by using it. I had to embrace my past and respectfully walk away from it to reach my own destiny.

Can you tell us how you managed to take these photos and gain intimate access to this world?

Helias Doulis: I gathered a group of strangers from lots of work backgrounds. I briefly explained the project to them in order that all participants act themselves and be as real as they wanted to be. I created an environment where the subjects could perform under surveillance. Using a torch to light the private cabins felt like hunting for sex fantasies. I could finally recreate scenes from a cop’s angle when being caught at a cruising park.

Helias Doulis: I was very little when I watched The Piano Teacher [2001] by Michael Haneke and obsessed over Isabelle Huppert visiting the Parisian private cabins, starring into the camera while sniffing used tissues. I felt drawn to document a scene that I wanted to live myself first. So I did – around 20 years later, in a private cabin in Pigalle, all by myself. I’ll never forget the way a young man looked at me and touched my shoulder while I was looking for a cabin to hide in. I’m a pervert at heart but it’s my eyes that are hungry… my body can wait.

How do you think technology and other innovations have threatened the existence of the booths? What other threats do they face?

What do these spaces represent to you?

Helias Doulis: There is a strange sense of comfort blending with abomination and adrenaline every time I walk into them... the smell of pee, the manly cologne, the fear of being recognised. But this very sense of closeness you get at a place where you somehow find belonging, too.

Why is now the time to take these pictures?

What would you most like to convey about these spaces and their importance?