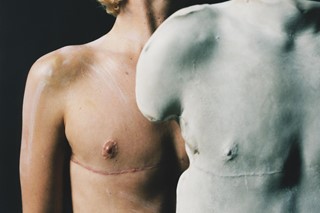 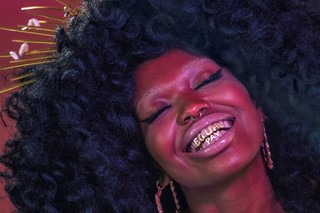 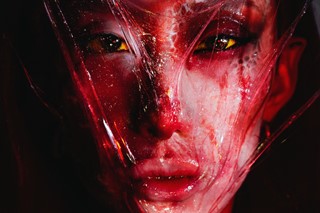 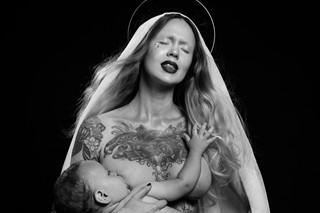 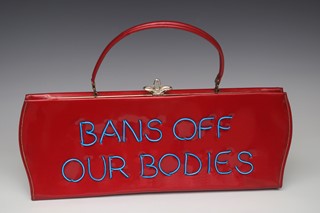 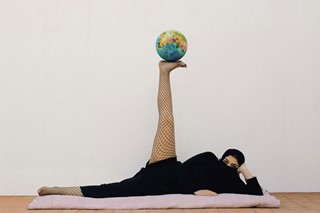 “Men still own the world, and it’s not cute,” says Nadya Tolokonnikova, the artist and Pussy Riot activist famed for calling out sexism in the contemporary art market, broader pay disparity, domestic violence, the silencing of feminist protest movements… the list goes on. Nevertheless, she remains hopeful: “We can revolutionise everything, but only if we mean it,” she tells Dazed. “And if we come together. Just like an army.”

In this spirit, Tolokonnikova has curated a new public art exhibition — dubbed #Pussyverse — in collaboration with the public art non-profit SaveArtSpace, which is set to span billboards across the US this month. Curated by the artist and Pussy Riot activist, the art show is made up of submissions by female and LGBTQ+ artists who responded to an open call posted to social media late last year.

“My role as a decent human being is to prioritise those who don’t get enough exposure, opportunities, media attention,” she says, explaining her decision to limit the open call to artists who identify as female or LGBTQ+. “Art made by women still sells for approximately 50 per cent less than works by men.” In 2020, a University of Luxembourg study also showed that respondents consistently (and arbitrarily) value work associated with female artists much lower than that associated with men, even when the artworks have actually been generated by artificial intelligence.

“LGBTQ+ (artists) are another heavily underrepresented and undervalued group,” Tolokonnikova adds. “If you’re a female or LGBTQ+ identified person, you still have to make more compromises that your male-identified counterparts. You’re being scrutinised, questioned, often dismissed as a professional.”

Of course, Pussy Riot has been subverting the straight, white, male-dominated art space for years, even if the group itself has never found mainstream acceptance. “For the traditional art market we’re too radical, too ethereal,” Tolokonnikova says. “Not easy to grasp and grab and commodify.”

Instead, members of the Russia-founded collective have often risked imprisonment for one-off performances or installations, such as 2020’s rainbow flag protests, or the 2012 takeover of a Moscow cathedral that saw Tolokonnikova and two other members sentenced to years in jail. More recently, she adds, Pussy Riot “definitely found (a) safe and very supportive space within the NFT ecosystem”.

In December last year, for instance, the artist auctioned off a digitised version of the bloodstained freedom certificate that was issued on her release from prison in 2013. More recently, a Ukraine flag NFT she helped launch via UkraineDAO earned $7.1 million, with 100 per cent of the proceeds going to Ukrainian civilians affected by the ongoing invasion by Russian troops. Future NFT projects are planned via Pussy Riot’s women, non-binary, and LGBTQ+ focused decentralized autonomous organization, UnicornDAO.

“The NFT space loudly proclaimed that digital art is art, and it empowers me,” Tolokonnikova says. “It also empowers me that I can ditch the middlemen like labels or galleries and go directly to my audience.”

As revealed in a 2021 report from the research firm ArtTactic, however, the NFT market itself has a troubling gender gap, despite initial optimism that it would help foster a level playing field. “Even though it has a potential to become inclusive, we have to really work on that to make it reality,” says Tolokonnikova, adding that the IRL #Pussyverse exhibition is part of a larger effort “to build the infrastructure for a feminist revolution”.

“In 2021 I was running on my own, exploring the space, making art, meeting hundreds and thousands of new people, and in 2022 I’m putting together a movement that will swing the NFT market towards women and LGBTQ+,” she adds. Apparently, the blockchain technologies that underpin a decentralised digital art market will help organise this “feminist art movement on a global scale” and “open up unseen-before possibilities of redistributing wealth”.

Moving back into the real world: Pussy Riot’s upcoming #Pussyverse billboard show will display 10 artworks, exhibited across ad space in nine US states. “I picked those that made me feel strong, ready to fight, and a bit mischievous,” says Tolokonnikova. “The most visually striking ones with a very clear progressive message that resonates with me and makes me want to continue to do feminist art till I die.”