From a thriving drag scene to impassioned protests, Athenian photographer Spyros Rennt takes us into the heart of young queer Athens 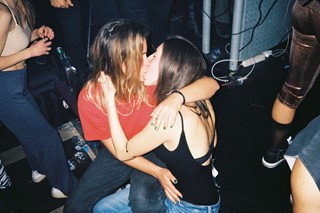 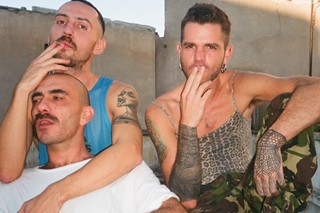 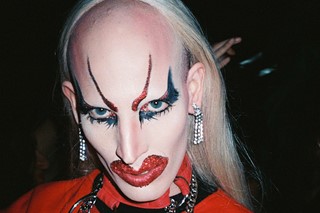 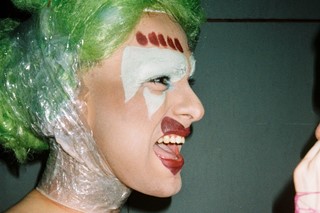 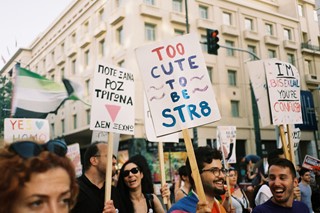 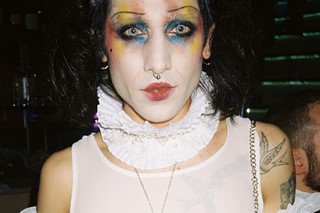 Athens’ queer scene is situated between an ancient past that essentially birthed homoeroticism and a present reality where queer Athenians have to rally for equal rights. In this sense, its rich history and tense present (alongside a ten-year economic crisis) make the community one of brave pride and resilience as they fight for a future. This essence beams through the pages of Another Excess, a recently released photo book by Athens-born, Berlin-based photographer Spyros Rennt which explores the reality of queer Athens and how it parallels to queer culture in Berlin, Paris, and New York.

“It's hard to speak objectively about Athens’ queer scene because the Athens I grew up in didn't have a queer community and now it does,” explains Rennt. “Simply put, Athens is no Berlin or San Francisco. Living a queer existence in the city takes more effort and determination, which I applaud wholeheartedly. The city has come a long way but still does not always feel like the most liberal of places. Greek society and heteropatriarchy walk hand in hand, the orthodox church still has a say on public matters, the far right (like in so many other places) has been on the rise (hate crimes are not uncommon), and on top of that Greece is a country which has been ravaged by a financial crisis for almost ten years. Queerness should not be reduced to aesthetics, but it's hard living your best life when even taking the subway in a look is stressful.”

Taken in both private and public settings, Another Excess’ carefully selected settings reflect the book’s two dominant themes: nudity and unity, and the way in which the two ideas thrive within queer communities across the globe. For Athens, the book’s themes come alive in photos of the city’s annual pride parade and street rallies, and privately within the confines of intimate moments in Athenian gay clubs and drag scenes.

“One of my favourite Athenian shots from Another Excess is my friend Alejandro naked on the fourth floor of a public building in downtown Athens,” reflects Rennt. “Nudity in itself could be a bigger part of Athenian life, especially if you consider that it's practically summer from April till October and that Athens is surrounded by water. I'm not talking necessarily just about nudity, just about body positivity and showing some more skin in public. There's currently a lot of nudity at Limanakia, which is a rocky nudist beach with a surprisingly cruisy, sexy vibe. Athens’ queers spend a lot of time there in the warm summer months. There's a really fab drag scene right now in Athens with a weekly Friday drag party at a bar downtown called BEqueer – the queens throwing it have fierce looks and do some rad experimental performances. Athens also has two great queer parties, Qreclaim and Schenkens, and then Glam Slam: an avant-garde performance platform hosted by curatorial collective FYTA.”

From the passionate kisses of same-sex couples, to the joy elicited from vogueing, in Another Excess’ moments of queer liberation we see what is lost in queer inequality: basic human freedom to live and love. “Recently in the battle for queer rights in Athens, two important legislation changes happened in Greece the past few years,” explains Rennt. “First, civil partnership became an option for same-sex couples, not just heterosexual ones. Second, trans people reserved the right to change the gender on their official documents without them having to prove that they have undergone any medical procedures. These legislations are not perfect, but they are important steps in the right direction.”

Even though queer rights in Athens are progressing, a tragic incident took place in downtown Athens in September which brought big numbers of enraged people to the streets protesting as a reminder of how far Greek society has to go. “Zak Kostopoulos, an LGBTQI activist and drag performer, was beaten to his death by two shop owners on the streets of Athens. Zak was initially accused of attempting to rob a shop. A video that surfaced later, however, reveals a very different situation: a helpless Zak being trapped in the shop, the owners kicking him without mercy on the street following that and ended with him being handcuffed by the police as he laid bloody. He died on his way to the hospital. His death sparked a series of protests and people demanding that his murder does not go unpunished.”

When looking to the future, Rennt feels like photography will play a big role in progressing queer rights in Athens. “Everyone is online, young queers in particular love being on Instagram and have therefore access to visual content produced by their peers worldwide so this can only serve as reference and inspiration. Moreover, photography is (for better or worse) the artistic medium which is the most accessible (everyone has a camera on their phones) so it's a great creative outlet. Besides, analogue photography is becoming quite popular among queer Athens youth. For the future of this city, I hope for more visibility, intersectionality, more queer spaces, more allies, more parties, more sex and body positivity.”

You can find out more about Spyros Rennt here