21March 2018
TextEmily Dinsdale
The Photographer in the Garden17 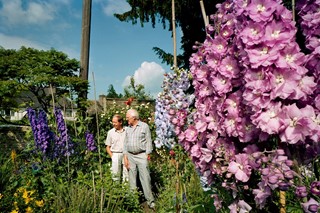 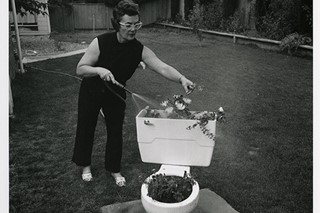 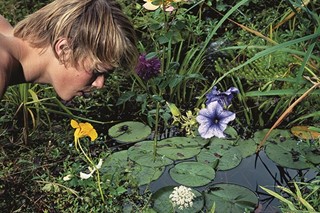 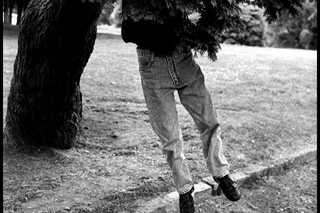 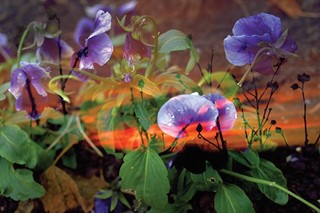 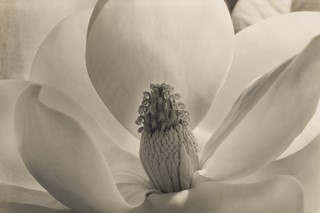 Gardens can be manicured but they’re always wild. A gardener is always struggling against nature as much as they are collaborating with it, in a continual effort to manage and shape the natural world. Time passes; gardens grow. Meanwhile, “The constant struggle to tame nature is part of the joy of gardening,” writes Jamie M. Allen in a new book from Aperture, titled The Photographer in the Garden. “While a garden is in constant flux, the photograph of any given space freezes it for all time.”

The Photographer in the Garden is a collection of images inspired by many different kinds of gardens through the ages, and features work by the likes of Martin Parr, Eugène Atget, Edward Steichen, Lee Friedlander, Stephen Shore, Robert Mapplethorpe, Nobuyoshi Araki, Collier Schorr, Anna Atkins, Karl Blossfeldt, Imogen Cunningham, Edward Weston among many more.

“The constant struggle to tame nature is part of the joy of gardening. While a garden is in constant flux, the photograph of any given space freezes it for all time” – Jamie M. Allen

The anatomy of the flower, up-close, is strangely obscene. As subjects, the human body and the flower – both at the peak of their ephemeral beauty – function for Mapplethorpe as explicit metaphors, speaking of sensuality, attraction but, ultimately, the promise of decay. There’s sadness here, as it’s hard not to think of Mapplethorpe’s own mortality and the transience of all life.

Thousands of miles away from his native New York, Shore’s series Gardens of Giverny, depicts the site of Nickolas Muray’s photograph of French Impressionist painter, Claude Monet, seated by his beloved water garden. More than 50 years and a world war have passed between Muray making his famous portrait and Shore’s own visits to the garden (between 1977 and 1982). In that time Monet’s house, studio and garden have been left to wrack and ruin, and Shore’s pictures document the restoration of the historic site. Renowned for his pioneering use of colour in art photography, Shores photographs capture the overgrown lushness of Monet’s gardens.

In her series, Blumen (20015), American artist and fashion photographer Schorr creates her own temporary gardens by arranging string, sticks and flowers in outdoor spaces. She confesses to stealing the flowers from other people’s gardens. Explaining she would feel compelled to “Go someplace that’s not my place and build this thing; within minutes, the flowers begin to wilt, changing shape and colour. And inevitably, the wind blows them down… After I take the picture, I take a step back and look at this little theatre or shrine to nothing that I’ve built and then tear it down. The picture is a document of a public sculpture or an act of vandalism.”

In this triptych, Schorr, who is best known for her portraits of adolescence, poses a beautiful boy gazing at his own reflection in a lush lily pond, decorated with one of her floral constructions. It’s a nod to the Greek myth of Narcissus, the vain young man who caught sight of his reflection and fell hopelessly in love. Nature gazing back at nature, captured by the gaze of Schorr’s camera.

The Photographer in the Garden, with picture commentaries by Sarah Anne McNear and an informative essay from curator Jamie M. Allen, is published by Aperture and the George Eastman Museum and available here