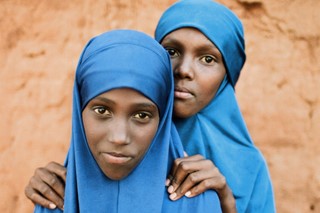 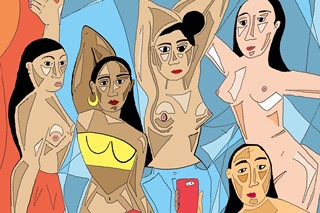 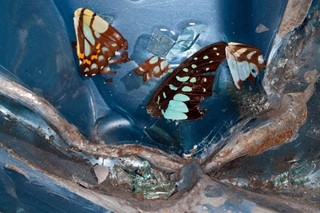 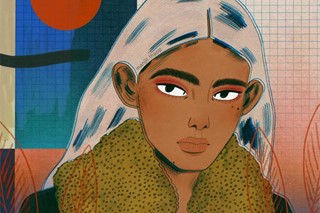 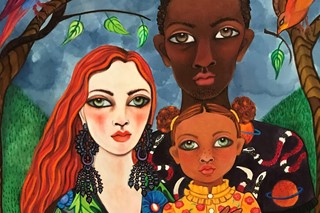 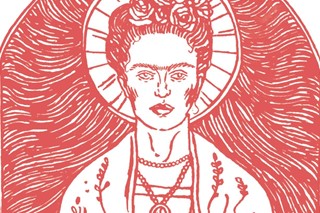 At London’s major art institutions, women only hold 25 per cent of exhibitions. Yet, a report by online art market ArtFinder found that without traditional gatekeepers, “50 per cent of artists represented (on the site) are women... (and) women sell 40 per cent more work than men, they (also) sell their work 16 per cent faster and for every £1m of art men sell, women sell £1.16m”. See what happens when technology fools the system?

It’s this exact sentiment that is echoed boldly in curator Katy Hessel’s upcoming show The Great Women Artists: Women on Instagram that opens by appointment on November 13-17 at Mother London. The show unites 15 female artists who have used the anonymity and reach of Instagram to propel their work around feminist themes such as the female form, sexuality, mental health, coming of age and politics. Highlights include Juno Calypso’s photographic submission from her 2015 Honeymoon Suite series on a woman obsessed with physical consumption, Maisie Cousin’s 2015 works Butthole and Bonnet where she uses materials to recreate parts of the female form, and the Unskilled Worker’s painting “An English Idyll”.

Below, Hessel spoke to Dazed about the power of technology in the trajectory of female art.

What sets this exhibition apart from other feminist art shows?

Katy Hessel: The Great Women Artists: Women on Instagram looks at artists who have used Instagram as a platform to forge their artistic careers. Instead of looking at a single feminist issue, the exhibition explores a range of diverse themes that are inherently feminist as women are given an equal platform to exhibit their work on the app.

What are some of the biggest themes addressed in the show?

Katy Hessel: Themes of feminism, womanhood, politics, diversity, mental health, race, and form are addressed in the variety of two-dimensional works on display at Mother London. Feminism and womanhood are the overriding themes of the show due the nature of most of the artist’s work, but each artist addresses those themes in a unique way. Alice Skinner’s work tackles social commentary in 2017 and documents her role as a woman illustrator and commentator receiving abuse online from men. Alice Aedy’s stunning journalistic photography looks at the intimate relationships between women and girls in countries of extreme circumstances. Charlotte Edey’s illustrations in the form of tapestry look at nuances and hypocrisies of casual blame, whereas Manjit Thapp documents herself as a young Asian woman that girls from all around the world can relate to. Other artists who work in a more traditional form, such as Venetia Berry and Kate Dunn, celebrate the female form in a more classical sense.

How did you go about selecting artists?

Katy Hessel: What I love about all the artists participating is that they address an array of themes that you might and might not find in a conventional gallery or institution. I selected these 15 artists as I wanted to show that Instagram has the ability to exhibit all types of work from all ages – the artists participating range from early their early 20s to their 50s, proving that anyone can access the platform.

Feminist artists throughout the decades have commonly been excluded or erased from a male-dominated art world. How has Instagram changed the presence/access of women in art?

Katy Hessel: Unless the artist chooses to document herself on her account, Instagram has the ability to hide someone’s identity, and therefore protect them from racial, age and gender prejudice. Unlike a gallery, you don’t have to have approval from Instagram to be able to use it as a platform: anyone can use it as a platform allowing for a much more diverse range of themes on the online gallery that reflects the technological age we live in. As recorded by the Guerrilla Girls, statistics show women are still very much in the minority in galleries and institutions all over the world. Instagram is a free online gallery where artists can launch their career and this allows women to thrive, due to the support network of other female artists online, but also because there are so many brilliant ones out there. In a pre-social media world, unless the artists put on a show, it was often up to a curatorial team to decide who they wanted for their show, and women were not often included due to the Western male-heavy history of art. In a social media age, we can access so much more information about both historic and modern women artists in a much more accessible and instant way.

How do you believe Instagram has changed ideas around feminist themes addressed in the show?

Katy Hessel: Instagram has definitely changed ideas around feminist themes by normalising them on a mainstream platform – however, I do think that the body-part ban takes away the normalisation of female sexuality in art. The fact that people can address issues that institutions wouldn’t necessarily want to exhibit enables a much broader voice for the artist who can post their artwork online. It isn’t that there are all of a sudden so many more female artists, it is the fact that so many more female artists are being recognised and therefore we are seeing a lot more of the female gaze, form and female sexuality.

The show makes digital works physical. Why is this important in a viewer’s interaction with the art world?

Katy Hessel: Inevitably seeing a work in real life changes it completely, but so many fans of the artists included in the show only see their work exhibited online. Some of the artists exhibiting have never even exhibited their work in real life before. It’s important for viewers to see the works in real life to be able to see the artist’s original intention for the piece, the original size, medium, and texture, as after all once an image is uploaded into Instagram it is immortalised into a smartphone-sized fleeting digital image.

The Great Women Artists: Women on Instagram opens by appointment on November 13-17 at Mother London. You can find out more about the show here