Liberland, an unrecognised micro-state between Serbia and Croatia, has enlisted Zaha Hadid Architects to design its ‘cyber-urban’ outpost 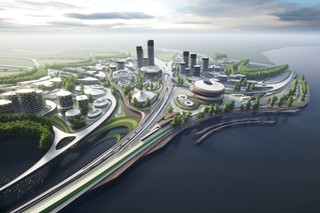 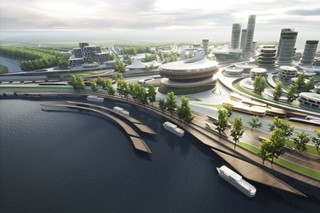 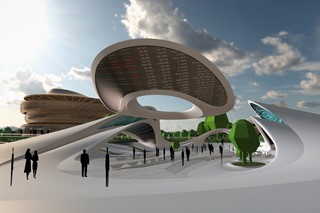 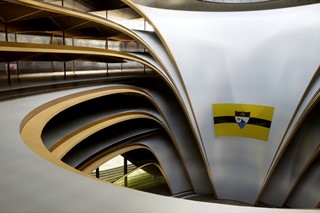 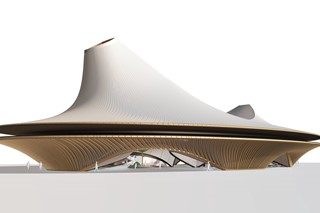 On April 13, 2015, Czech politician Vít Jedlička planted a flag on a patch of uninhabited and between Serbia and Croatia – a spot he claims to have found on Wikipedia – and declared it a libertarian micronation, imaginatively named… Liberland. Comprising a 2.7 square mile parcel of land, larger than Vatican City or Monaco, Liberland is not currently recognised as a legitimate state by any other nation. Almost seven years after it was founded, it also lacks any real infrastructure, while its 7,000 approved “residents”, including Jedlička himself, aren’t actually allowed to settle on the land.

Presumably, Jedlička is hoping to find more success in the metaverse. The self-declared Liberland president has enlisted the British architecture firm Zaha Hadid Architects (ZHA) to build a virtual city where Liberlanders can live out their utopian dreams. Dubbed the Liberland Metaverse, the “cyber-urban” city looks like an early rendering of that “society if” meme: curving white architecture made with parametric design – a method that swaps direct design choices for parameters fed through an algorithm. An initial cluster of buildings, rendered by the firm, includes a congressional hall, an “NFT plaza”, and centres for crypto traders and other business owners.

For a prospective country where the main currency is Bitcoin, and the running of the state apparently relies on blockchain technology, the aesthetic does seem fairly appropriate. Echoes of ZHA’s IRL architecture also reflect its desire to keep this project more grounded in reality than, say, Mark Zuckerberg’s fantasy island, or the postmodern hodge-podge of user-led spaces such as Decentraland.

But why does one of the world’s most prominent architecture and design firms want to wade into the metaverse by partnering up with an unrecognised microstate, anyway? According to the team behind the project, it has something to do with the shared “libertarian ethos” of principal architect Patrik Schumacher and Vít Jedlička. Since the pair met about seven years ago, ZHA tells Dazed, Schumacher has been advising Liberland on architectural and urban planning issues. Some of these issues – such as the problem of balancing self-governance with prescriptive urban planning – are even outlined in a 2020 article by Schumacher, titled “Libertarian Urban Planning: Prospective Regimes for Liberland”.

Like seemingly everyone else, Jedlička started thinking about establishing a foothold in the metaverse in 2020, at the start of the coronavirus pandemic. At the same time, Schumacher was realising that “now is the moment when the old dream of Cyberspace could finally come true”. In the end, ZHA adds: “The collaboration was inevitable”.

Unsurprisingly (given Liberland’s short history), the actual implementation of their online libertarian utopia is still very much a work in progress, and details surrounding key matters such as ownership, regulation, economics, and resource allocation are hazy at best. Speaking more generally about the potential of cities in the metaverse, ZHA says that they “offer most of the benefits of [real world] metropolises – effective labour markets, thriving economies, social condensation, accelerated cultural development”. As we move into Web 3.0, the firm adds: “Cyber-physical architecture and urbanism are imminent, exciting, and critical to the future of our society.”

Right now, however, decentralised online outposts like Liberland Metaverse also provide a home base for polarising figures who lack credibility in the real world, just like the relatively deregulated messageboards that came before them: hives of controversy such as Reddit and 4chan.

Vít Jedlička is, arguably, one such figure. Since 2009, he’s been a member of the right-wing Free Citizens’ Party in the Czech Republic, and served as its regional chairman for five years. The countries bordering Liberland have also made their feelings on its leader pretty clear: since 2015, both Serbia and Croatia have publicly dismissed the legitimacy of the micronation, with the Serbian Ministry of Foreign Affairs calling it a “frivolous act which needs no further comment” in a 2015 statement shared with CNN. Croatian police have arrested Jedlička several times, for trespassing on the land.

Maybe the Liberland Metaverse is a path to legitimacy for Jedlička, maybe not. Either way, it raises questions about many other metaverse projects, who’s behind them, and why they feel the need to set up shop in cyberspace. Is it simply because they’re excited to engage with an immersive technology still in its infancy, or is it the only place where – for better or for worse – their ideas will be taken seriously? How will the metaverse of the future be used to legitimise fringe figures, or harbour right-wing ideologies? (Already, Mark Zuckerberg’s Meta is quietly consulting with right-wing, libertarian think tanks.)

Apparently, members of ZHA have been meeting with Jedlička and other Liberland representatives on a weekly basis for close to two years, forming a consortium that provides leadership “regarding its libertarian, crypto, architectural, and commercial positioning”. However, the firm appears reluctant to comment on the legitimacy of Liberland, or how the metaverse will help cultivate its image on the world stage, beyond providing “a low-risk, online environment for experimentation”. ZHA is yet to answer Dazed’s questions about the politician’s background.

On the other hand, the firm is forthcoming about its expansion into the metaverse moving forward, with several other projects in the pipeline that aim to foster a “deep, mutually beneficial relationship between the cyber and physical realms”. “The Liberland Metaverse is only the beginning,” it says. “ZHA have bigger plans in the making.”