The artist whose work floats in the space between fashion, special effects prosthetics, and sculpture.

You want to look away from Yaz Exall’s work, but you can’t. The Central Saint Martins graduate, known as Yaz XL, describes her approach as, “that of a scientist, a magician’s assistant, and a creative director.” By the time she’d shown her graduate collection, Hot Air – a delicious yet monstrous mix of swirling, bulbous, fuzzy, and skin-like textures – she’d already made a name for herself as the creator behind FKA twigs’ “Capri baby”, a breathing, pulsating half-goat, half-fish creature. Foetal-but-make-it-fashion, the goat was sourced from Simon Wilson, aka Simon The Stuffa, who was once taxidermist to Alexander McQueen.

The creation wasn’t a departure from the norm for Exall, but rather an extension of her practice. Sinew, flesh, and foetal forms have long served as inspiration, leading to creations like ‘placenta pants’, ‘cable knit skin’, and ‘cast silicone orb birth trousers’. While Exall is undoubtedly embedded in the fashion world, she told us in an interview earlier this year that visiting Comic Con was actually one of her most formative fashion experiences, which is fitting given it’s almost impossible to put her work firmly within one discipline. Instead, in Exall’s words, “It floats in the space between fashion, special effects prosthetics, and sculpture.” With Björk becoming the latest artist to don Exall’s beautifully grotesque creations, and Craig Green among her collaborators, this hybridised approach is paying dividends. 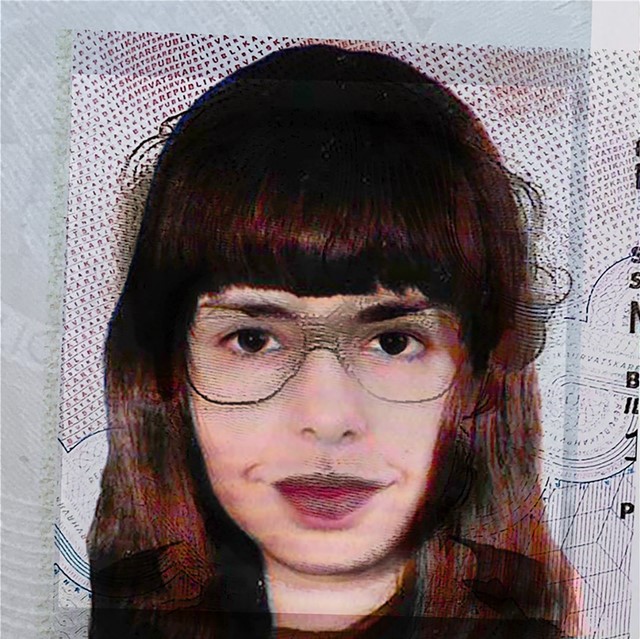