Tribute Brand makes digital fashion, “which consumers can buy and paste onto themselves.” Led by CEO Gala Marija Vrbanic, the Zagreb-based collective launched in April 2020 as the first D2C digital fashion brand. What was a tough time for many burgeoning fashion labels turned out to be the ideal starting line for an entity which focused on “contactless” clothes which exist outside the confines of the real world. Unbound by reality (or physics and gravity, for that matter), Tribute Brand’s designs appear almost liquid; phosphorescent textures draped effortlessly and weightlessly around the body.

The essence of Y2K futurism is unmistakable as Tribute Brand seamlessly fuses nostalgia with the next chapter of fashion. Utility meets science fiction in silver quilted vests and metallic muscled bodices, while neon boned corsets, ballooning gowns, light leaks, and textiles that could have been extracted directly from the Matrix ascend the mundanity of the kitchens, bathrooms, and grey European streets within which they’re typically modelled, blurring the lines between AR and IRL.

The move from outsider innovation to leading from the inside has been swift, as Tribute Brand now has collaborations with the likes of Carolina Herrera and Jean Paul Gaultier under its belt, a string of sell out drops, plus some seriously hefty investment, raised over the summer. What does the future of fashion look like? Ask Tribute Brand, it’s already there. 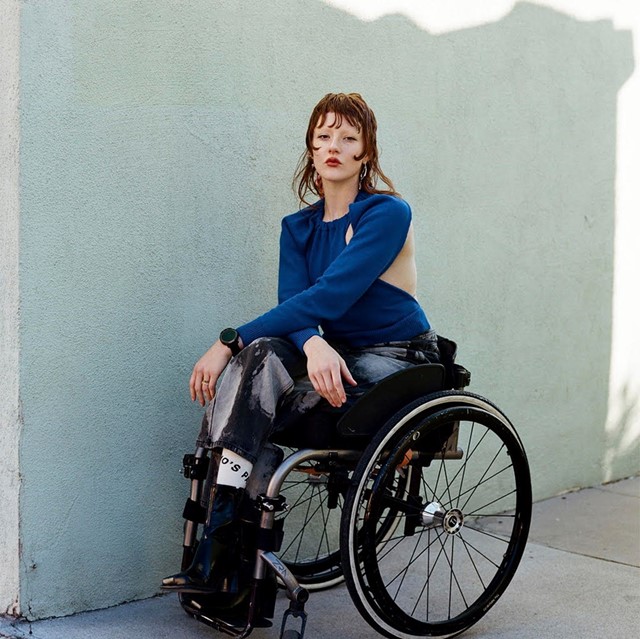 The artist and activist exploring the triangulation of capitalism, architecture, and ableism.