Amid the Russian invasion of Ukraine, western authorities and media outlets have been criticised for their exceptionalist attitudes toward a European war

On March 2, the mayor of Kherson, Ukraine, announced that it is the first major city to be taken by Russian forces since their invasion began last Thursday (February 24). Several other Ukrainian cities have endured heavy shelling in the days since the invasion began, while a million people are said to have fled their home country. Ukraine reports that more than 2,000 civilians have died in the last week of conflict, and the death toll among soldiers and volunteers on both sides continues to rise.

In Russia, too, many citizens are feeling the indirect effects of a war waged by their president, Vladimir Putin, though many maintain that they are “appalled, embarrassed and hurt” by the aggressive actions of their government. Thousands have queued at ATMs in a bid to withdraw cash in the face of severe economic sanctions, while thousands more have been arrested for bravely opposing the war in public protests.

The international community has also rallied in support of Ukraine, providing arms and aid, issuing official demands via the UN, cutting economic ties, and calling for peace on city streets. However, many have pointed out the double standards of the west’s response, which has been particularly obvious in the racist angle of recent news coverage.

On February 27, as Russian forces closed in on Kyiv, an ITV journalist echoed international fears for the Ukrainian citizens trapped in the city. “Now the unthinkable has happened to them,” she said. “And this is not a developing, Third World nation. This is Europe!”

In the US, a February 26 CBS news segment saw a reporter declare: “This isn’t a place, with all due respect, like Iraq or Afghanistan, that has seen conflict raging for decades. This is a relatively civilised, relatively European [...] city, one where you wouldn’t expect that, or hope that it’s going to happen.”

On social media, these comments – and many, many more – have deservedly caused outrage, exhibiting the west’s exceptionalist attitude toward the war in Europe, which has seen “people with blue eyes and blonde hair” lose their lives. Unfortunately, the west’s biased response is also reflected in its material impact on those suffering the consequences of conflict in places such as Afghanistan or Yemen.

Earlier this week, it was announced that Britain could welcome more than 200,000 Ukrainian refugees after easing its visa requirements, yet in recent years it’s been named one of the worst places in western Europe for refugees from beyond the continent’s borders, with dismal approval rates for asylum seeker claims. Even people of colour who live in Ukraine have reported shocking racism experienced during their attempts to find safety across the border.

Of course, Ukraine is still in desperate need of aid amid the Russian invasion of its land, but this shouldn’t come at the expense of those who western states have often regarded with a detached sense of apathy (or even complicity in their suffering). Below is an incomplete list of other major conflicts that you should be aware of while continuing to campaign for peace in Ukraine. 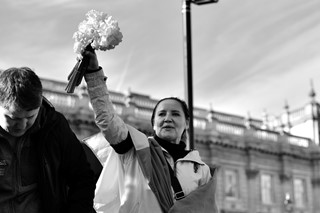 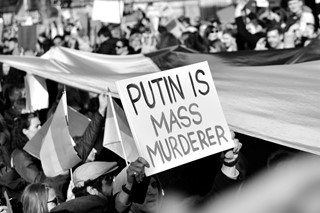 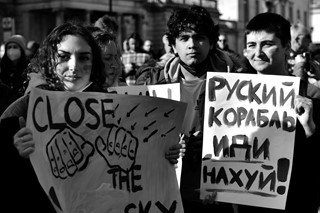 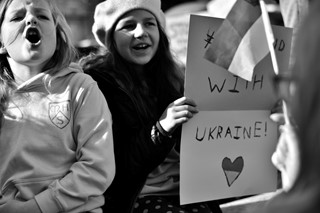 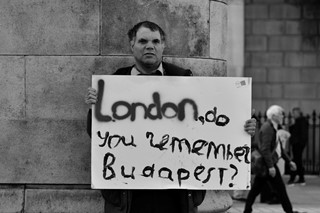 The south-east Asian country of Myanmar has been engulfed in internal conflicts of varying severities since 1948, the year that the country – then named Burma – gained independence from the UK. However, the country has seen an increase in fatal combat in the last year, according to data from Armed Conflict Location and Event Data Project (via the BBC).

This increase stems from the February 2021 coup that saw Myanmar’s military assume power, with security forces immediately cracking down on protesting civilians. Since then, civilians – many of them young people – have taken up arms in revolt, with rough figures suggesting that around 12,000 people have been killed as a result of the political violence.

As detailed in a January 2022 statement by the UK government, £49.4 million has been provided to those in need of humanitarian assistance, with sanctions brought against the military regime. However, UK ministers have previously been criticised for their hesitant response and insufficient sanctions, which have allowed Myanmar firms that “bankroll” the military to remain in operation.

Beginning in 2011, in the wake of an uprising that ousted the country’s authoritarian president, the Yemeni crisis is one of the most deadly armed conflicts currently taking place around the world. According to a UN projection from November 2021, the overall death toll reached 377,000 by the start of this year, while the civil war that started in 2014 continues to contribute to acute poverty and food insecurity in one of Asia’s poorest countries.

Last year, however, the UK announced a significant reduction in the aid it sends to Yemen, down to “at least 87 million” in 2021/22 (or around 54 per cent of the £160 million it announced for 2020/21). Even worse, as explained by Owen Jones in January this year, the UK government is “directly complicit with these atrocities”, supplying bombs and allyship to the Saudi-led coalition that is responsible for airstrikes that have killed dozens of civilians this year alone.

Joe Biden announced the withdrawal of US troops from Afghanistan in April 2021, with the UK following suit later that year, ending a 20-year military involvement in the country. This doesn’t mean peace for the region, however, as the Taliban rapidly seized territory over the course of 2021 and took control of the capital, Kabul, by August.

“The country is now back to square one being ruled by a terrorist group who have proven to deny basic human rights and necessities to the people of Afghanistan,” the Afghan Youth Association’s Shokryah Mohammadi told Dazed in the wake of the Taliban’s takeover.

Many watching the Islamist group fear for the rights of women and girls living in Afghanistan, as well as increasing internal stability, continued violence and oppression, and economic collapse – an ongoing crisis that has historically been exacerbated, rather than improved, by opportunist states such as the US and the UK. According to the Council on Foreign Relations’ Global Conflict Tracker, this crisis is only worsening.

Combat between forces from the Tigray region of Ethiopia, and the country’s authorities – including the Ethiopian National Defence Force, federal police, and forces from neighbouring Eritrea – broke out on November 4, 2020, after months of opposition between Prime Minister Abiy Ahmed and leaders of Tigray’s main political party, which opposed reforms to the country’s system of government.

In the intervening years, as many as 100,000 people have been killed (according to rough estimates reported by the Guardian in November 2021). Ethiopia is also accused of a variety of human rights violations amid the war, including mass killings, sexual violence and military targeting of civilians.

In April 2021, a parliamentary select committee published a report that stated: “The international community has a narrowing window of opportunity to stop this suffering and manage the risk of conflict spreading or becoming protracted.” So far, this hasn’t happened, and the conflict continues to contribute to desperate shortages of food, fuel, and medical supplies.

The ongoing violence against and oppression of the Palestinian people by the state of Israel is well-documented. In most European countries, ordinary people have gathered in cities to protest Israel’s bombardment of Gaza and dispossession of its residents, alongside high-profile artists and activist groups. Nevertheless, the UK and many other Western countries continue to provide diplomatic and military assistance to support the colonisation efforts, while profiting from a significant arms trade.

Besides the longstanding treatment of Palestinians as second-class citizens, the Israeli-Palestinian hostilities have caused tens of thousands of fatalities over the decades since they began. Most recently, they flared in May 2021, with freedom protests escalating into 11 days of airstrikes and bombings that reportedly claimed the lives of more than 250 Palestinians, and 13 people in Israel.